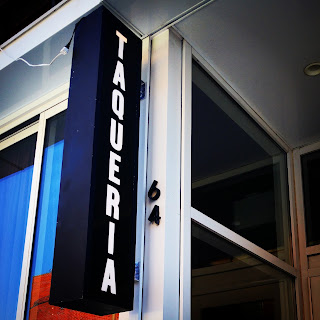 Did I ever mention how much I love resto invites? Well, I dso. I doodelidoo. Taqueria Arturo, a little newbie on Prince Arthur's cobblestones, decided they needed some brunch experts. Hello, my name is Marie-Christine, and I am a brunch expert. What is also exciting when I get invited is choosing who to bring. I owe you 10 bucks? I bring you. You made me dinner? I bring you. You took my shift at work when I really needed it? I bring you. I haven't seen you in over a year? I bring Cat. Cat is my oldest friend in the world: when I got to Toronto in grade 4, she's the one that was nice to me on my first day in school and we've been friends ever since. Almost 28 years later.... (F*CK we're old) 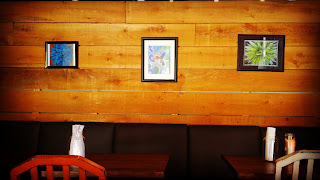 Maybe it's because the cobblestone part of Prince-Arthur looks like ASS in the winter time, but looking at the restaurant from outside, it could've looked better. From the side, you only see a sign that says 'Taqueria' and then when you're in front, you see their bandito sign with the name on it. Not the BEST marketing! But anyhoot. You get in and it's a two parter: there are about 16 seats on the first floor and then you go up some steps and there's another room. Lots of wood, some colour here and there and high ceilings. And then, there's the music: quite pleasant at first but then it seemed like they were playing around with the base and that got a tad UNpleasant.

When we arrived, I mentioned my name, my blog, and the fact that I was invited and... nada! His face was priceless. And then MY face was priceless, as in, oh shiiiiit, am I in the right place? Hahaha! At the end of our brunch, the chef actually came out and HE knew who I was so at least that was that, but still. Communication, people! 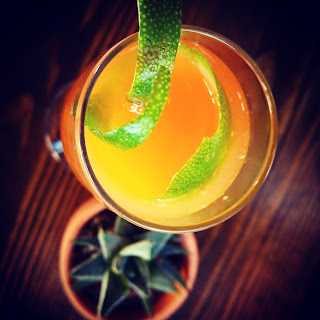 The mimosa. Hibiscus mimosa! I LOVE mimosas! Last year, when I went to the Cayman Islands, we went to an all-you-can-eat/bottomless mimosa brunch and OH.MY.GOD. HOLY shit. I just remember taking a really long nap on the beach after and waking up 3 hours later, hungover as all hell. The mimosa could have been a bit colder and it could have had more bubbles. Anyone who knows me knows I loves me some bubbles. Hence why I was literally addicted to Coca-Cola when I was younger. And then I discovered Perrier, a much healthier alternative :) If I hadn't known it was hibiscus, I could've named a bunch of other fruits it tasted like. It tasted exotic-ish but that's about it. Still, I had two. Duh. 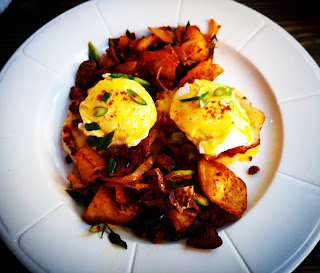 Le plat! I had the Benedicto: buttermilk biscuit, poached eggs, pork belly, chipotle hollandaise and home fries. The biscuit, made in house (YES!), was so buttery and flaky and just damn perfect. I hadn't had a buttermilk biscuit in a while and dsamn! This one, I would have every freaking day. The potatoes were spicy, seasoned just right, and had the exact right amount of cooking: they weren't too hard and they weren't mushy. I hate too hard. I HATE mushy! The eggs were PERFECT. And as ya'll know, I'm egg-difficult. Or eggficult. Mmmmyes. Just runny enough to infiltrate the biscuit. OH YA! The chipotle hollandaise was literally out of this world (OK, not 'literally'. Unless....Alright, I'm diverging here): it was spicy but not overly so and peppery and fit 100% in the dish. I had never tasted hollandaise like this before! I want more. Now. The pork belly. Ah, le belly of le pork. Imma gonna make somethin' clear right now: pork is ALWAYS good. Well, except when it's dry and sh*t but let me make something else clear: pork is ALWAYS good. It was juicy, it was fatty but not too much, it was oh-so-tasty. 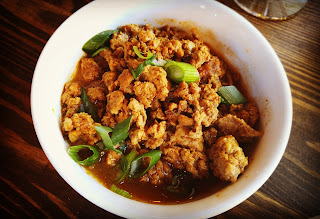 When I ordered chorizo, I thought I was going to get the sausage. Instead, I got ground chorizo. It was still good, but a tad disappointing. It was seasoned in all the right ways but too dry for its own good. BTW, when you type 'too dry' in google, you mostly get two words: 'toad' and 'intercourse'. Just thought I'd share this.

Service was good and not that good. It was uneven. Yes, that's would be the perfect word! As mentioned, he didn't know who the f I was. I obviously don't mean 'you should KNOW me', but more like 'I was invited so you should know I'm-a-comin' '. We sat down, we got water (points!), and since Cat and I hadn't seen each other in 8 years (I like to exaggerate), we took some time to order le food. But once ordered, it did take QUITE the time for the food to get to us. You know... there's waiting, and then, there's waiting. It was just long enough for Cat and I to look at each other and say yo I'm hungry! Anyway. Obviously, the food wasn't a problem! The guy wasn't super smily nor super pleasant and forgot more than once to bring more water. Nearing the end of our meal, he was getting friendlier and smilier tho. The service was on the slow side and the waiter never checked if we were enjoying the food. Actually, he asked us if we had liked it, when we were done.

I really liked the food and I might go back for a good benedicto but I'll try other places first.