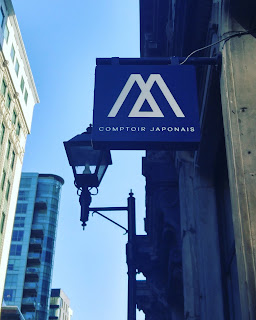 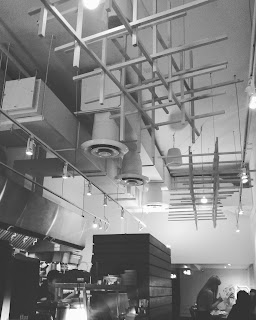 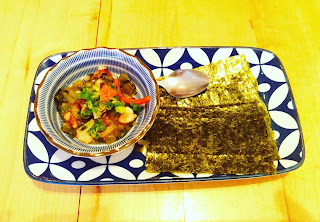 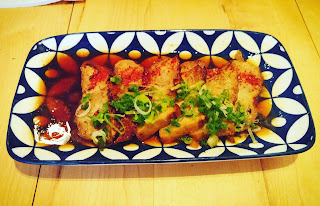 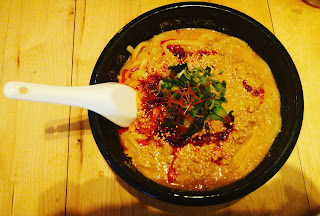 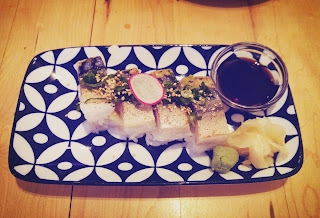 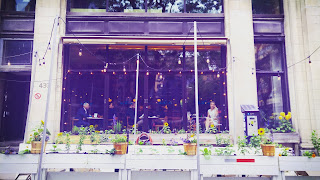 Every time I eat breakfast with my dad, we eat at chains. OK, almost every time. I ain't supes fond of chains: always the same thing, plastic eggs, over/undercooked potatoes, too much sauce, tiny sausage (hehehe...tiny sausage :p ). When I have the opportunity to go to a non-chain resto with my dad, I jump on it. Well, it's more like I send him an email saying we should hit up that place. I'll send him the menu AND point out things that HE could eat. I have to be thorough if I want to eat a nice breaky! And so, a couple weeks ago, we met at Café Parvis! 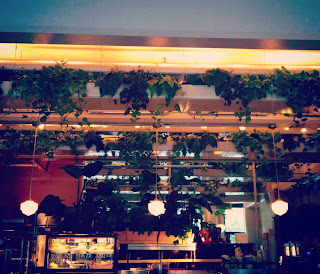 The place itself is quite cute, but also a tad too hipster for me. It ain't bad, it's more like 'oh, we have bowl haircuts, and round glasses, and clothes from the 1980s'. Hahaha! I did enjoy all the greeney in there and the high ceilings, but it was a bit too much on the dark side for me. The atmosphere, at 7:30 am was calm and actually quite nice! I really dug the place itself, but the location, on a weird side-street kinda street, was kind of out of nowhere. 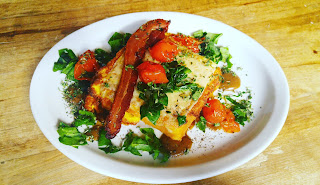 They have a small selection of breakfasts, written on a board at the cash: a small menu, just the way I like it! I had the pain doré with tomates confites (translates to candied tomatoes... but I'm not supes fond of that), lots of herbs, bacon, swiss cheese, and balsamic syrup. Mmm: balsamic syrup. That thick liquidy goodness makes everything better. Everything. I LOVED all the herbs that made everything more flavourful, but I found that they had thymegerated (come on, get with it!). The tomatoes were just lovely: not too oily and very savory! I was a bit disappointed by the bacon: it could have been thicker. I like me a good, nice slab of thick bacon. Let's face it, I love me some bacon. The bread was way too eggy in the middle; it was basically one big runny egg :p The cheese was, wait for it, cheeeesyyy! It completed this savory pain doré quite well.

The service was at the counter so I shant rate it, but I will say that we waited a sh*t long time for our food. For a girl that's hungry as soon as she wakes up, this did NOT please me.

I'll probs go back, this time for lunch or dinner!