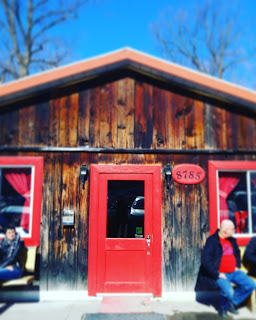 Every year, my mom books a cabane à sucre for almost the whole family. We always pick a new one because, let's face it, we can always do better. This year, we headed to Mirabel to Au Pied de l'Érable. Obviously, this screams cabane à sucre! Hellooooo, sugar! 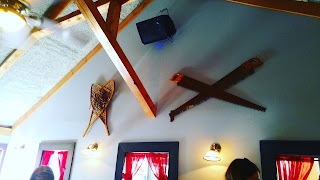 It was a quintessential cabane, with wooden walls, exposed beams, skis + old school snow shoes hung everywhere and a red door. I loves me a good red door! Oh and just by the by, it was all-you-can-eat. Mama loves her AYCE! 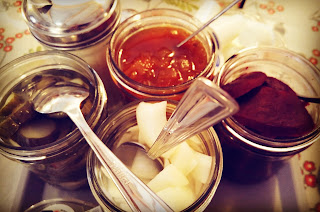 We already had some marinades on the table, because that's HOW YOU DSO. Marinated onions, beets, pickles and homemade ketchup. The marinated onions were a bit on the intense side: I loves me some onions but it just seemed like they had JUST put them in the marinade the day of. The cornichons were surprisingly salty and a bit too hard. We were expecting more of a sweet pickle. The beets were totes perf and the size of the pieces was good as well. 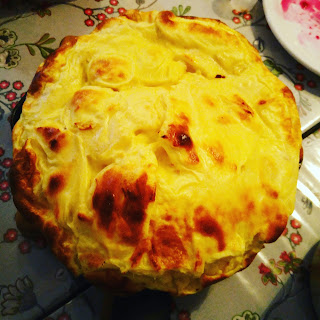 The omelet. Oh yes, I love a good omelette soufflée! This one, in all seriousness (yes, I can be serious sometimes), is the LEGIT best I've ever had. Ever. Had. It actually had flavor, when most cabane à sucre omelets are bleh (technical term), and it was moist, when most are dry. Let's face it, no one goes to the cabane à sucre for the omelet. Well, put a bit of maple syrup on le top, and you got yourself something awesome. 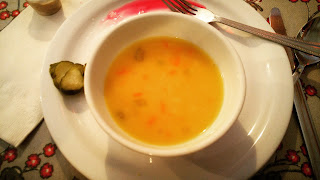 The pea soup. A classic. This was totes taste. We were all looking at each other, thinking about how much we were going to fart after. The important thing is that we do it together :p It was perfectly seasoned: not too bland, not too salty. It could've been hotter though. 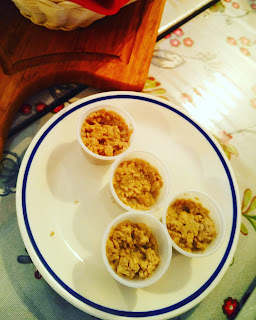 The cretons. FYI, it's basically pig fat made into a spread. YASS! They were good but not great. I'm sure tante Berthe's (my ex step-aunt... or something) cretons would've won the cup. They were lacking in flavor and they weren't easily spreadable. We want spreadable cretons, all the time. All. The. Time. 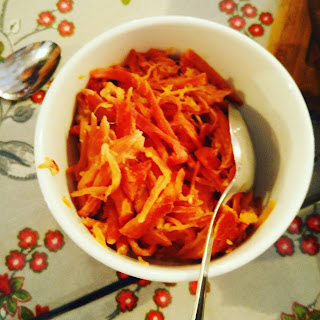 Le ham: another staple. I'm being 100% serious when I say that this is the best ham I've ever had. Freaking EVER! That means a LOT. It was moist, it was tasty, and its crust was perfection. It was superbly caramelized and just effin awesome. We ordered more (ya, because we could and that was great), and surprise surprise, I finished it. Oops. 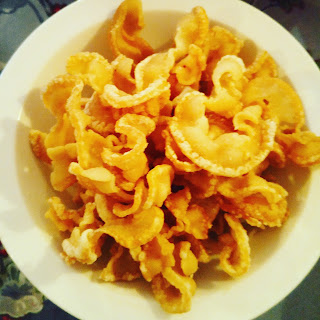 Les oreilles de crisse: MORE fat! Basically this is hard lard. Someone should write a song. You know: haaaaarrrd laaaard. Aaaand song over. I had the smallest tiniest bite because even if I used to like them, I know they are way too hard for my teeth. And anyway, they taste like a**. And this goes for all the oreilles de crisse. 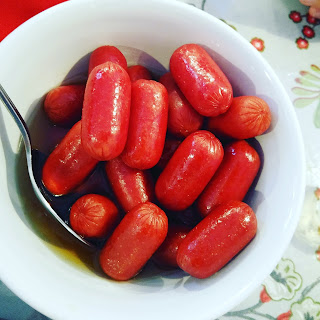 Cocktail sausages in maple syrup. Everything that is IN maple syrup is better, and this was proof. I'm not supes fond of tiny sausages but they WERE better in le maple. Let's face it, I'm just not a small sausage kind of girl. Ha, I ain't a BIG sausage kind of girl either, if you know what I mean. Wait, you do know I'm GAY right?

The beans (not pictured... just imagine beans yo) were, well, I farted. They were excellent and not toooooo sweet! 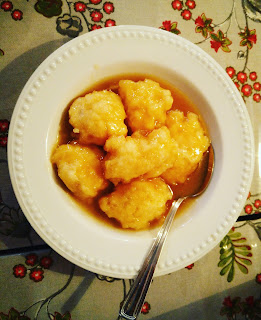 Les grand-pères: basically, a ball of dough in maple syrup. EVERYTHING IN MAPLE SYRUP!!!!!!!! I wasn't a huge fan of these because it was basically dough with sugar IN sugar. Enough is enough! 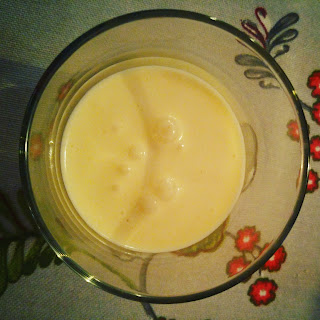 The maple mousse. I loves me a good mousse. This one, I LOVED. It wasn't overly sweet, even if, hello, maple. It was soft and perfect.

Service was on the damn ball throughout lunch. Cabane à sucre service is usually in a class of its own, kind of like Asian restos. They have a couple services per meal and its tight. The girls (let's face it, it's always all girls) were fast, efficient and nice. When we asked for a refill or for more napkins or what have you, it was on the table as quick as a flash. They were THERE.