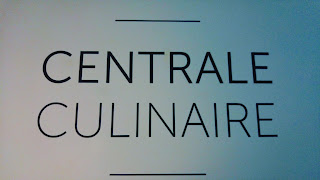 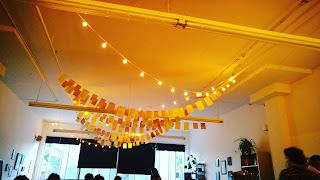 La centrale culinaire is located in the Mile-End in a random building that boasts a bunch of companies and spaces that are either empty for shows and such or equipped for food making and such. The centrale is supes cute, with hanging lights and a friendly atmosphere. On top of it, Nantha is just always happy and smiling and it's oh-so contagious. 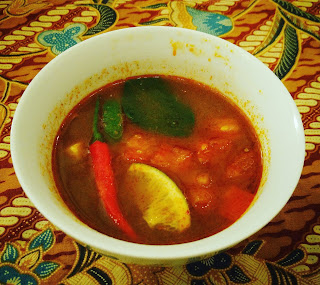 Tom Yum soup. I really do have a soft side for this soup: the flavor combo is a winner in my book. You know, the book of Marie! Everything about this was good. It had the perf mix of hot and sour. It was perfectly hot (I despise it when my soup is cold. DESPISE) and just the perfect amount of spicy. 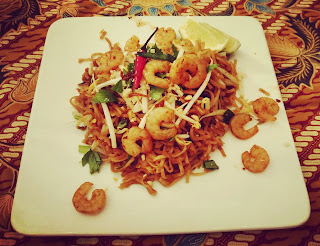 Pad Thai. Who dson't love a good pad Thai? It was hot, it was spicy, it was garlicky! I enjoy le garlic, but Margo has somewhat of an intolerance to it and the waiter had told her that there wasn't 'much' garlic. Yikes. As soon as he put the plate down, I got a whiff of it. With just a bit of a lime squeeze, it was perf. With the lovely Thai basil (possibly my fave herb alongside coriander) in there, and the shrimp, it made for a great pad thai. YUM! 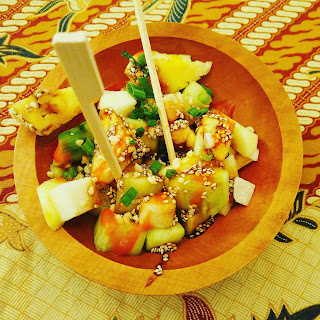 Rojak salad: pineapple, cucumber and jicama, in a soy, lime, and sriracha sauce with some roasted sesame seeds. This was refreshing, and, hello, a fruit salad made savoury? YES! It was tangy and sweet at the same time with a hint of spice! 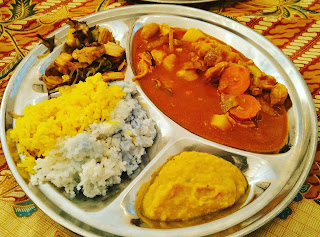 The thali! I loves me a good thali! The dahl was ubs taste and one could say it was almost smoky. The blue rice. Yes, you read correctly, mam! Found in Malay cooking, butterfly pea flower is a superfood on top of being a natural food colorant. It was quite weird, yet, cool, to eat freaking blue rice! It was a tad overcooked, but the flava still came through and it was goood, Then, there was turmeric rice, which just hit my mouth with a punch of flavour. Ya, that's a thang. After that, there was the chap chai which means ten veggies: soy sticks, black fungus, mung bean noodles, and pak choi. The soy sticks had absorbed all the wonderful flavour of the sauce (toasted sesame oil and oyster sauce) and it practically tasted, AND had the texture of meat. Quwhat! Everything else just went so well together. I believe what I wrote in my notes was 'wow'. I think that sums it up. The chicken was really tender in something that tasted stew-like. 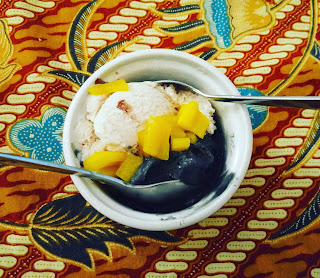 Le dessert. We actually asked to share dessert. because I thought I might just burst. Seriously. You know the feeling when you eat WAY too much and you can't breathe no more? THAT. I'm chucking it up to the carbs I'm not used to eating. Filled me right up. Black sesame and red bean ice cream. Yes AND yes. I could have this every day. They were both crisp tasting. You know? Like, not watered down. Argh, you know? Point is it was delicious.

Service was aight. I mean, the guy was supes nice and answered all our questions AND brought us water and a bucket for us to put our wine in. But our plates did stay too long on the table and service got somewhat slow. In his defense he might've been alone, which, man, I feel you dude. Been there done that. I, by that, I mean I suck at waitressing and even if there were only two tables, I'd start to panic. And therefore, I salute you, sir!

I'm definitely going back to another one of Nantha's nights!