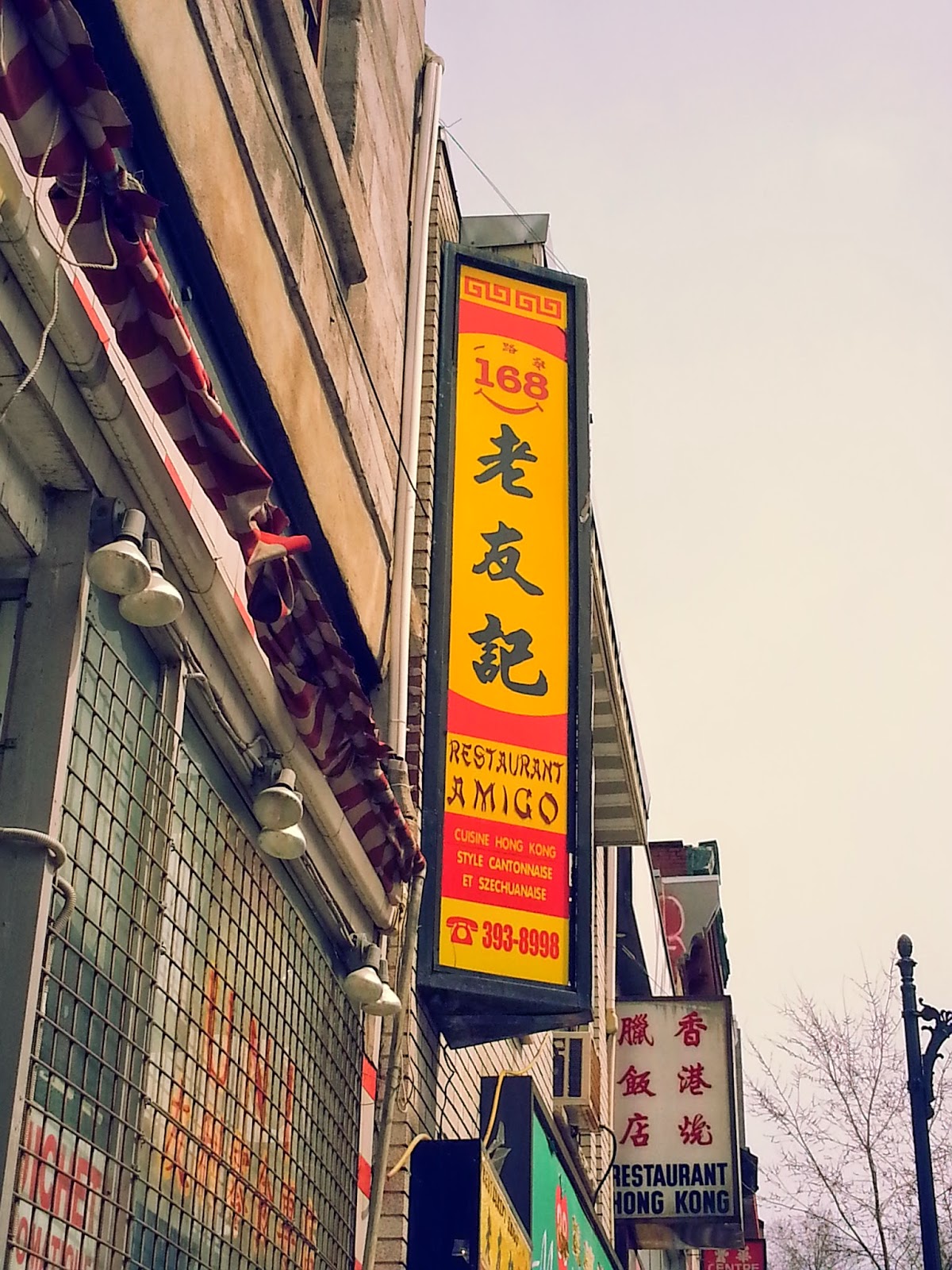 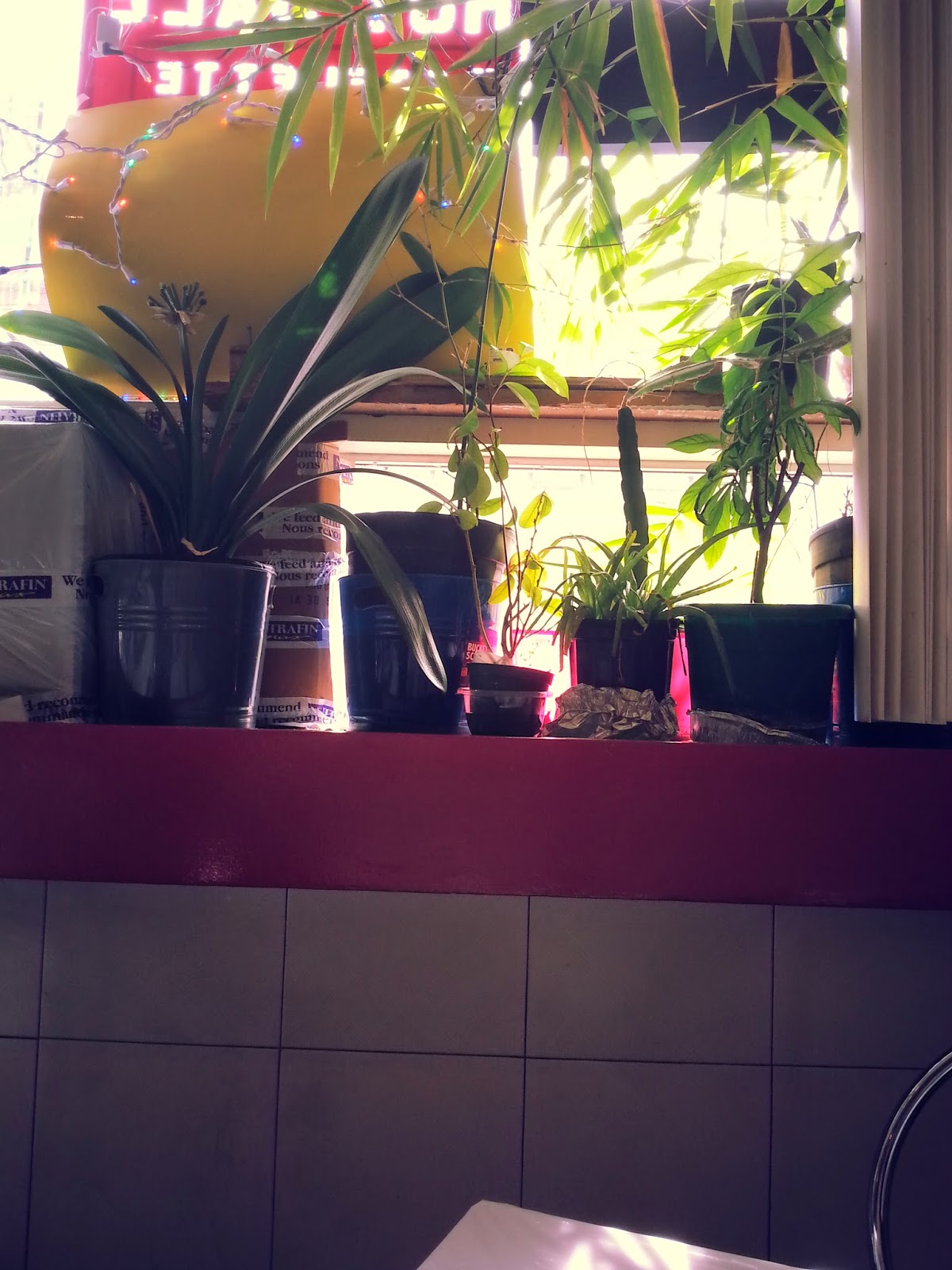 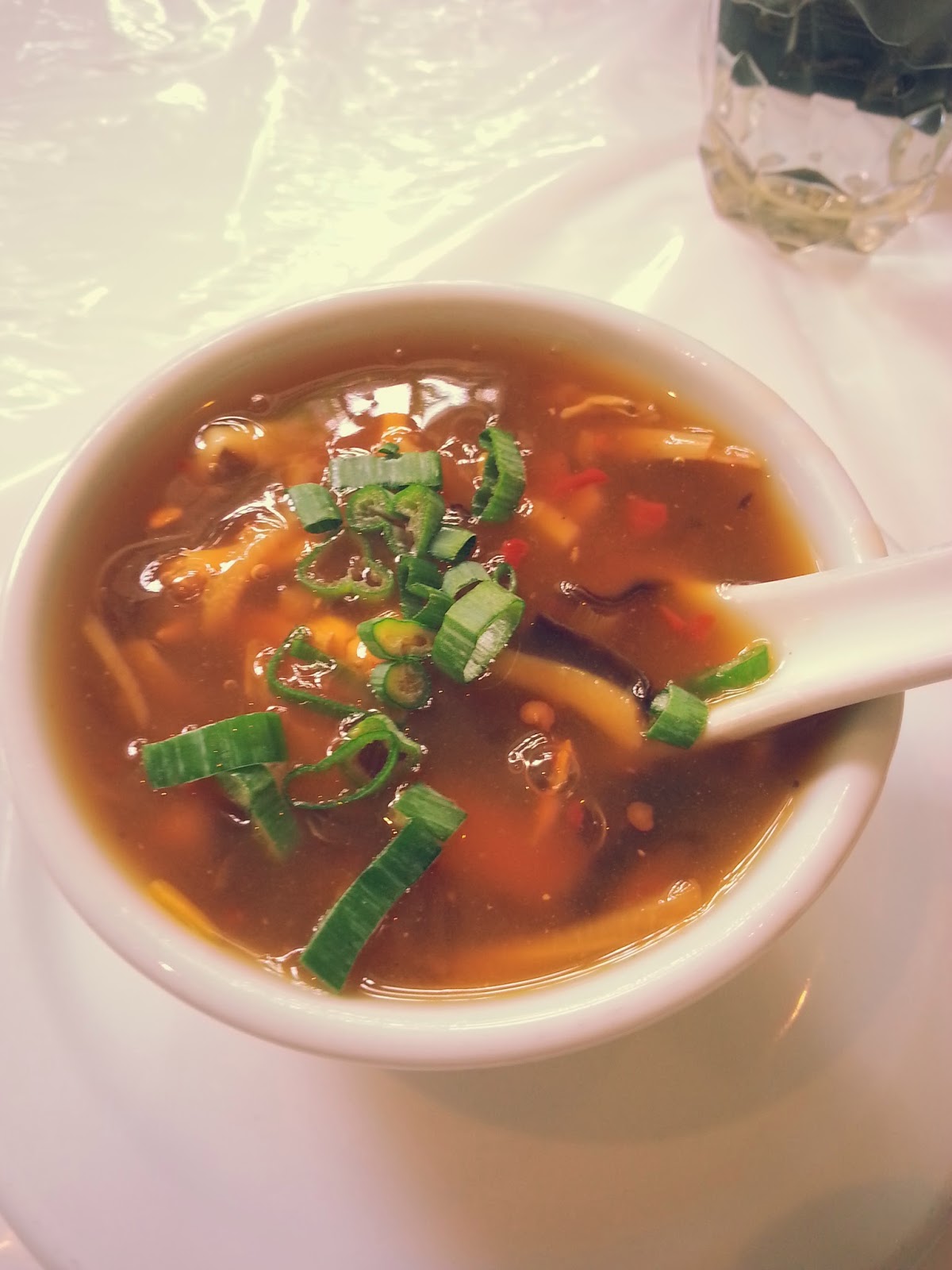 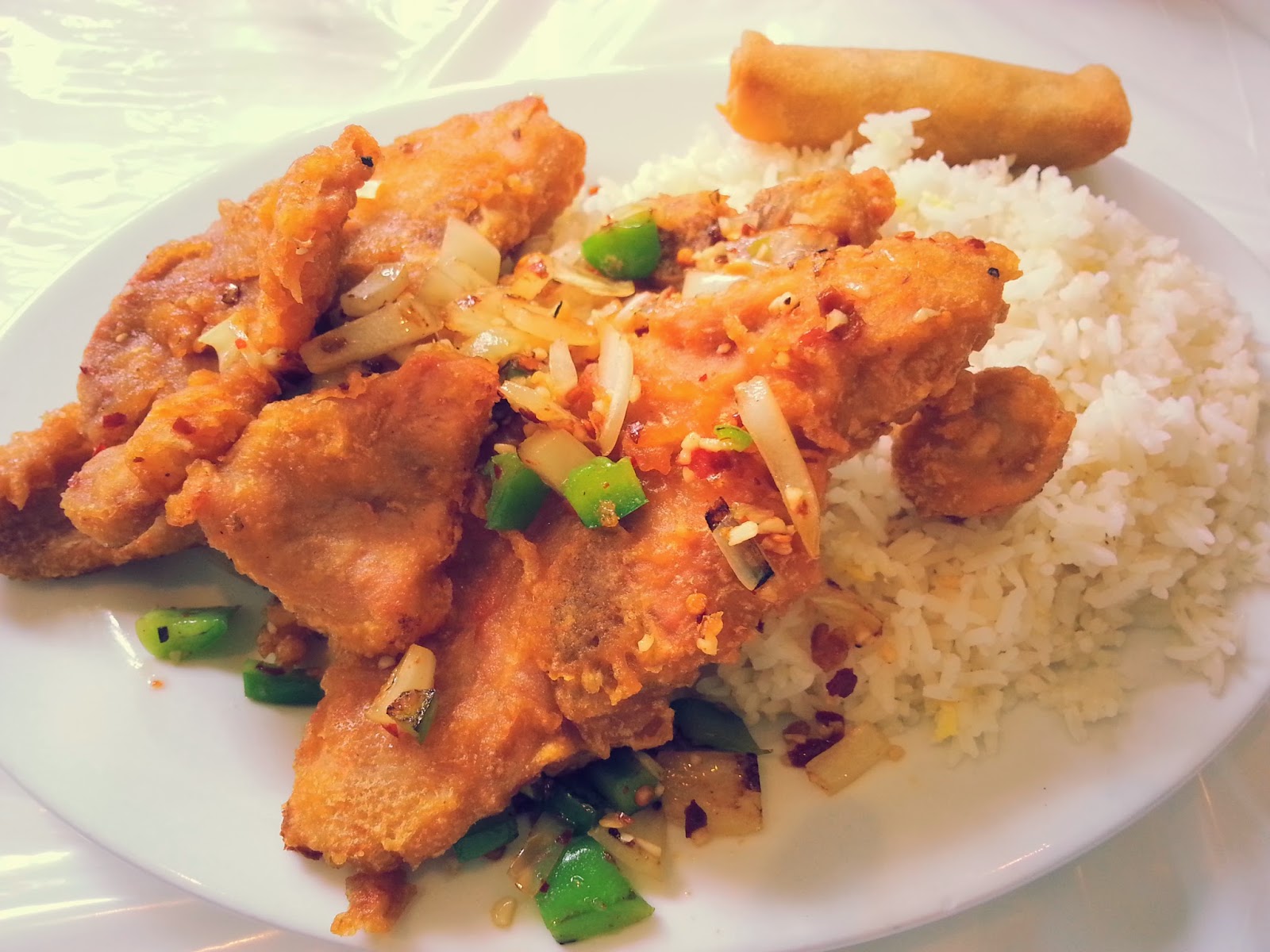 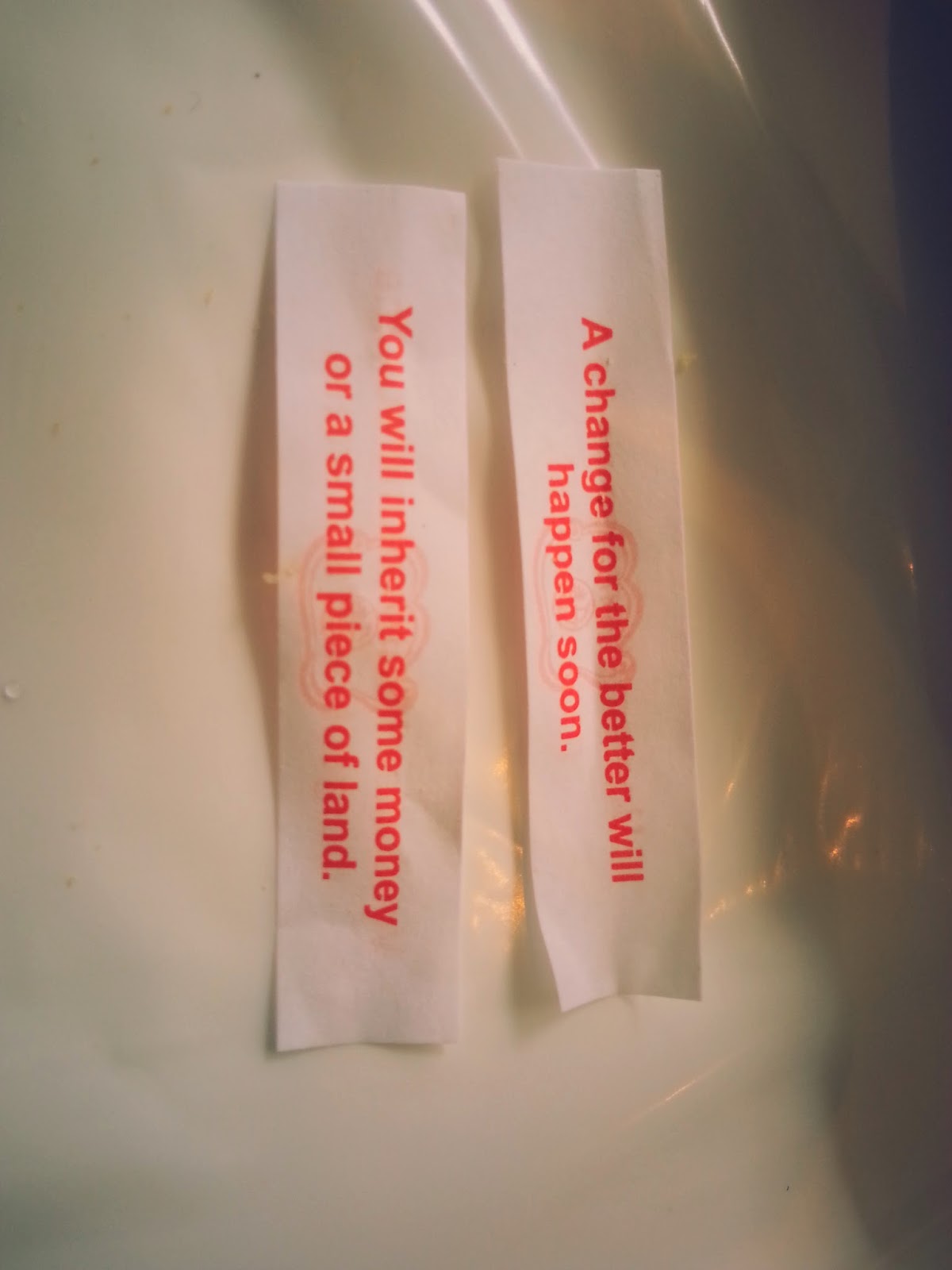 I'd been meaning to check out the little food kiosks at marché Atwater for a while and today I had the opportunity to go and try one of them! I mean, I'd try all of them at once but my stomach ain't that big. I decided to get my lunch at Marmite su'l feu, this Ile de la Réunion spot. Man did I SO NOT regret my choice!

I was welcomed by the owner who is so darn tootin enthusiastic about his thang that it just makes you want to buy your lunch there! He explained to me what he had (it was 11h30 am... so not everything was ready) and what a first timer should def try...All in all a very good chef and his cook was very nice as well! 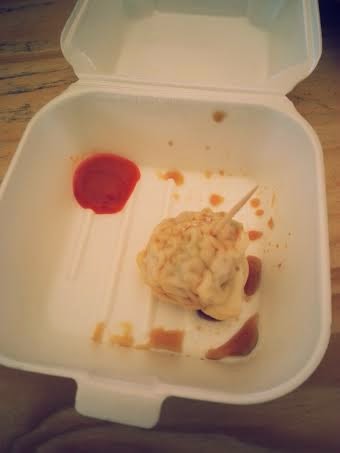 OK so this may look a tad unappealing but oh shiz was it good! They call it un bouchon! SO cute :) It's basically a little dumpling. It had this amazing citrusy punch of flavor which I then learned was combava, also more commonly called, according to Wikipedia, Kaffir limes (I say 'according to' because I'm not totally sure they're the same). That, mixed with some soya sauce and hot sauce was a damn good bite!! And for only 80¢ a pop, i'd eat a dozen very easily! 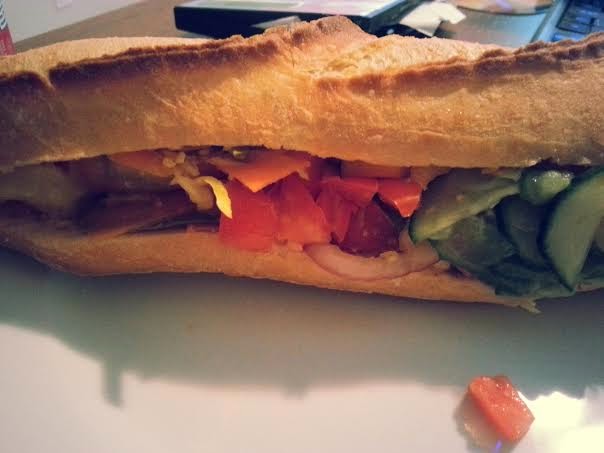 I then had the vegetarian sandwich with 'dakatine' and 'achards' (basically, dakatine is a brand of peanut butter and achards are somewhat pickled veggies). It was HUGE! And it was GOOD! The dakatine gave it that extra umph and creaminess and I gotta say that even if I had not ever eva eaten a sandwich with carrots or cauliflower in it... it was delicious and fit right in there! They also ask you if you want to 'make it hot' by adding some hot sauce. Of course I did that... duh! And it was greatness! Who knew a vegetable sandwich could taste so good? The bread was not too soggy, not too hard, just perfect! That's my kind of sandwich!!!

I know I brought my meal home but I gotta give em props for service! They were incredibly friendly and answered all my questions!

I'm FOSHO going back to try more of their dishes, especially their yummy looking curries!!! Plus, it's only a 5 minute bikeride from my place! Score!

ps: Marmite su'l feu also have a kiosk at Marché Maisonneuve, corner of Ontario and Amherst!