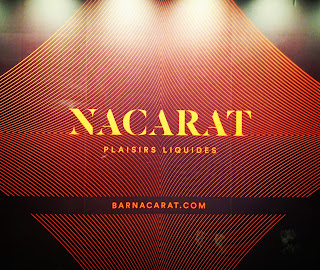 Ma girl Clo's husband is none other than the head mixologist at Nacarat. Hello. Obviously, this place was bound to be on my list! We had gone to the official re-opening of the Fairmont Queene a couple weeks prior and I had gotten a glimpse of Nacarat. And I loved it. 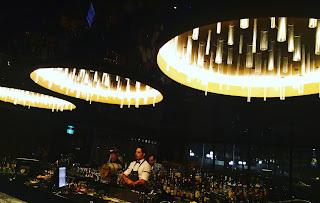 Nacarat looks ubs fancy from the outside and, you know what, it's ubs fancy from the inside too! Classic everything. Just classic! Marble counters, elaborate drinks, leather seats. You feel a bit like you are in Mad Men. And that's not a bad place to be! Save for all the cheating and the conniving. You know. 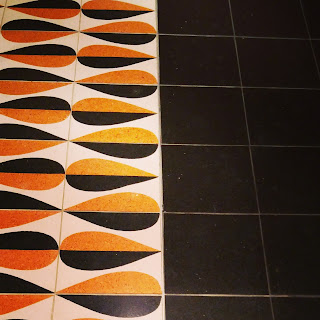 We were ready to be wowed by those awesome drinks we were promised. OK, promised is a big word, but Clo had told me a bit about them and, by looking at the menu beforehand, I was expecting some goodness. 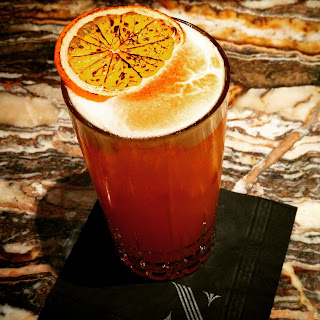 I started with the Mr. White: vodka, apricot, Grand Marnier, vanilla, tonic. This was a perfect drink: sour and sweet at the same time. I drank it in 2.5 seconds AND ate the confied orange on top. Hey, I guess I was hungry too! 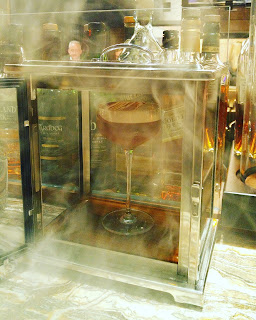 The Negrogen: mescal, cognac Hennessy, bitters, vermouth, amaro. What a freaking presentation!!! When it arrived, our mouths legit dropped. It was in this glass box filled with smoke, and when they opened it, it was basically a smoke show. WHAT! 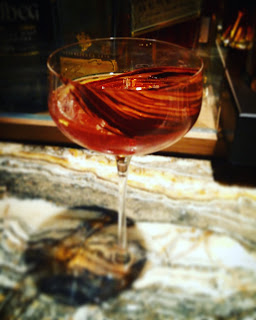 A ribbon of chocolate on the inside of the glass made for an even nicer presentation. It was UBS strong. Wooooow! I drank it very slowly haha. I think the mescal got to me, man. It got to me. With all that alcohol, no wonder these cocktails range from 16$ to 24$ a pop.

Service was great! It sort of works like in a restaurant with the order being taken by the bartender up front and then everyone putting in their ingredient. Exactly like working the line in a kitchen. It works like a charm and it makes for perf drinks every time. Service was quick and professional. The only thing that sucked a bit during this experience was that we were sitting on the 'bad' side of the bar, where all the bottles were. We felt like we didn't get the whole experience.

Of course I'll be going back. You ALWAYS go back when you know the head bartender :) 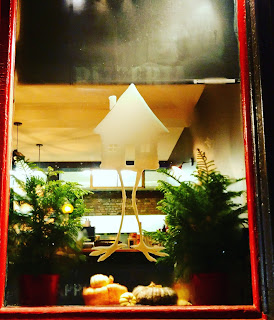 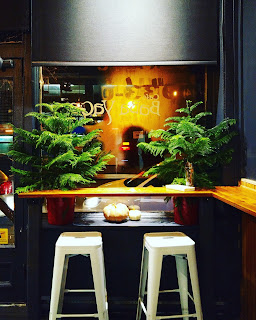 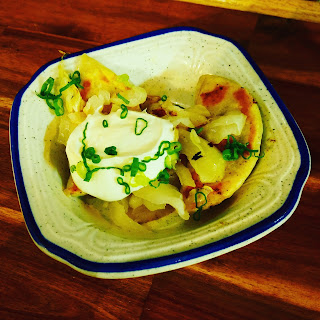 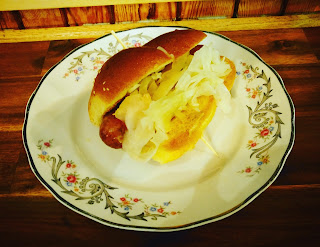 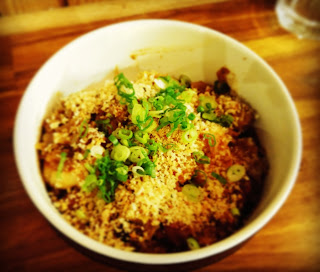 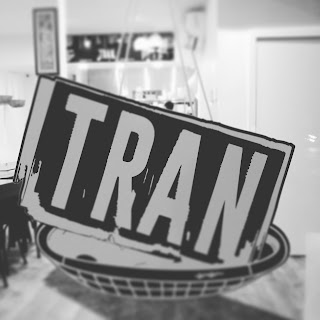 Tran, Cantine Vietnamienne is one of the many new little Asian babies in town. I'm just happy this one happens to be on my side of town. Yay, South-West wins again! Or something. Anyhoot, I headed to Tran with my bud Margo on one of MTL's first VERY cold day. 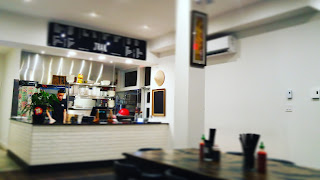 There was no question as to where the resto was: it was lit up like the Christmas Tree in Rockefeller Center in New York City. Like lightning. Like fireworks. You get it, it was damn bright. You could've seen it from space. Aaaand I'm totes exaggerating again. Very simple décor: white walls, black tables, open kitchen. It was quite cold, and every time someone would open the door, it would be freezing. There are ways to fix this problem. Buy an Abris Tempo :p 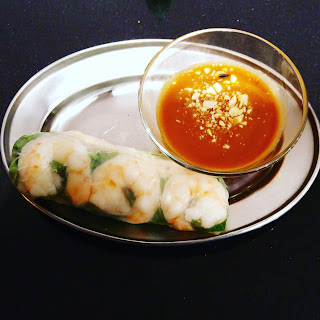 We shared everything, because that's how we dso. We started with the spring roll: vermicelli, shrimp, mint. Everything was very fresh and the noodles were perfectly cooked. Obviously, this was awkward to eat, split in two. We should've just taken two. You live and you learn. The peanut sauce was just thick enough and very tasty. 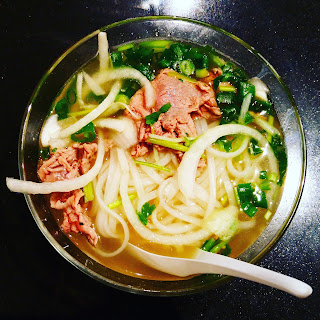 The pho. Margo was worried about msg (I'm more of an msg? No worries! kinda gurl). When Margo asked, the girl who seemed to be the manager/owner, kind of lowered her head and said 'there's a little bit'. Hey, at least she was honest. The noodles were perf (not too soft, not too hard) and the beef was perf too (just bloody enough). Basically, everything was perf. The broth was awesome too. A really good pho. I've read that it's one of the best in town, and although I find this a bit exaggerated, I don't think it's far from it. 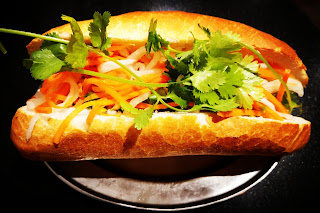 Banh mi. I looooves me a good banh mi. Like, LOVE. The bread was soft and ubs  (short for uber of course!) fresh and the grilled chicken was nice and juicy. The veggies were, seriously, some of the best pickled veggies I've had in a banh mi. Dikon and carrot, HELLO! The level of sauce was also right on. Damn it, I want to get another one right NOW! 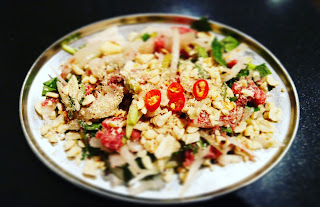 The beef salad had some great flavours goin. The beef was great and the coriander was, well, duh, it was coriander! They could've added somewhat of a sauce to make things a bit less dry. Also, even though y'all know I'm a huge fan of onions, there were way too many on there. Like a whole onion. A big one. It was a good dish, but it could've been better.

We were totes in to try a good Vietnamese dessert, but they didn't have any. Boo. It's a new resto, so there's always room for improvement :)

Service was just OK. The girl we spoke to at first was great and gave us info on the resto and how she came to open it, etc. The waiter forgot to bring us extra plates about 3 times. Hahaha. But seriously. We did get our food very quickly though, which was much appreciated since we were starving!

Well, as previously mentioned, I'll be going back for one of those banh mi. For SURE.