On a whim, I decided to do Lachine-Mile-End as quickly as possible to meet Isa and her friend for dinner. Isa had chosen this resto and apparently it was to be good. And it was. 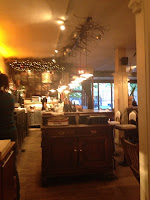 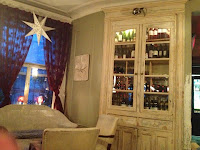 Taza Flores is located in the heart of the Mile-End, on Parc between Fairmount and St-Viateur. It's a very cute place, with cute decor and, that night, oldies music because the waitress 'felt like it'.

The girls had ordered colorful drinks so I decided to do the same and on top of it, the waitress was begging me to give her something to do, seeing as there were only about 10 people in the restaurant at the time. I think I ordered some kind of cosmo and it was dsamn good.

The girls had already ordered tapas when I got there so we ate those first before re-ordering. I must point out though that the bread the waitress brought us was kind of old and stale and not that pleasant to eat :/ 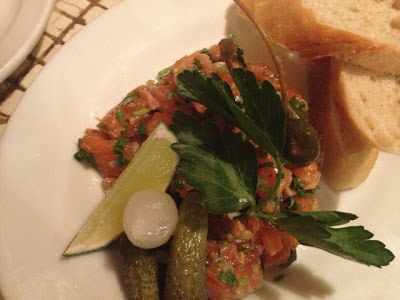 Anyhoot, we had the trout tartare which had bigger pieces of fish which I usually would find unpleasant but it was actually enjoyable. It lacked a tad bit of salt though. And I must say that I still prefer my tartare cut smaller. 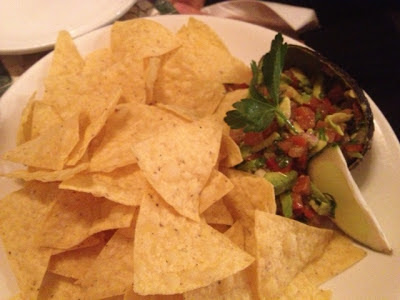 The same thing with the guacamole: big pieces of avocado which the girls enjoyed but I, not so much. Don't get me wrong, it was really tasty but again, the size of the pieces was too big. 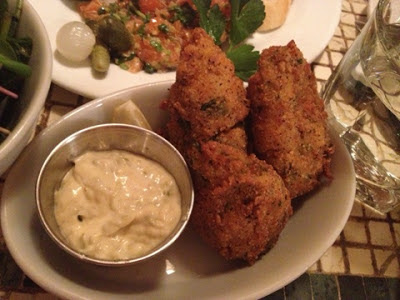 The cod fritters were damn good. DAMN good. So good that we ordered some a second time. They were crunchy yet soft and very well seasoned. Put a bit of lemon on there and with the tartar sauce, it's like eating a little bite of heaven. Oh and they were hot too. I just hate getting cold food when it's supposed to be hot! 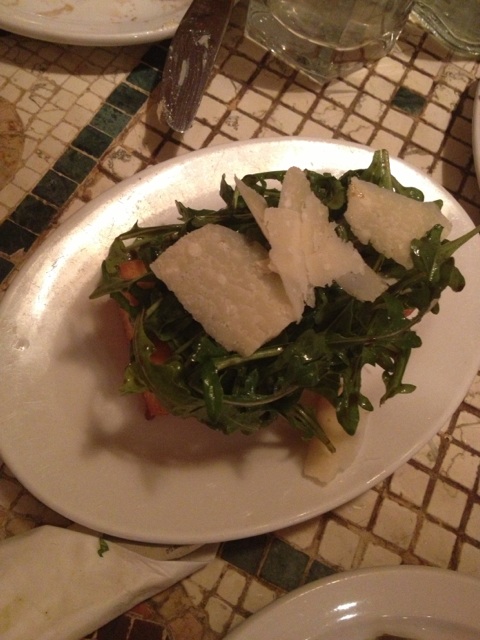 The polenta was good but not as good as I,ve had it in the past. It lacked something. What? I'm not quite sure. Maybe it was just a bit blend. 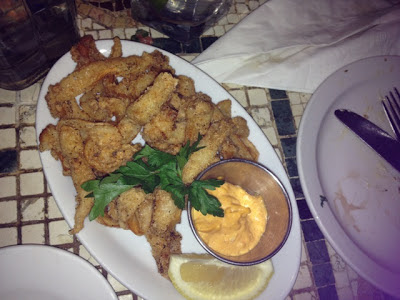 The calamari were very good. And this is coming from a girl that rarely orders this dish because I find it squishy half the time. 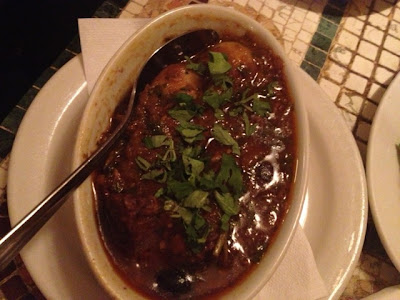 The lamb was deviiiiiiiiine. Melted in your mouth! It also had a great sauce and was amazing with a piece of bread and butter!! 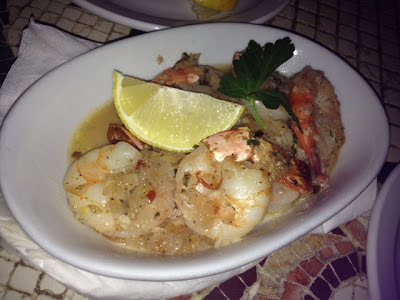 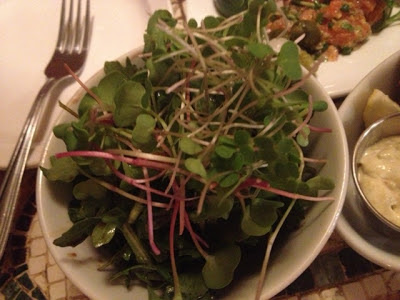 Oh, there was also a little salad to munch on with a great sesame vinaigrette! Lovely and refreshing!

The service was very good: got water the second I sat down, friendly waitress, fast service with the first order. For the second order though, it took a while and I was itching to eat more cod fritters, ya know?

Food: 8.5
Service: 8.5 It did take her a while, even with almost no customers, to bring us the check

A very nice place to eat good tapas! This was a great discovery and I think I'll go back as soon as I can!