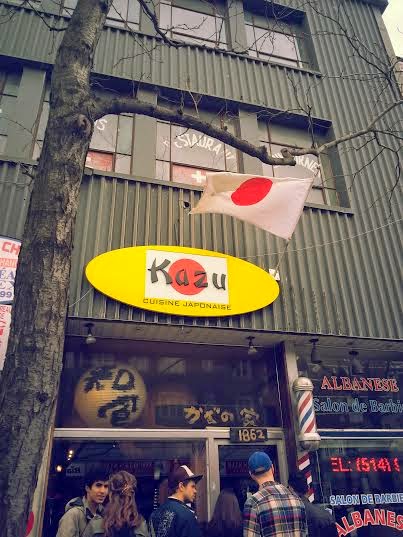 My bro's bestie, Erik, loves this place and swears by it and assured me it was THE best Japanese resto in MTL (that doesn't serve sushi). You have to believe him because he lived in Japan, goes back whenever he has time off, pretty much exclusively goes out with Japanese girls and well, lives and breathes Japan. Just like I live and breathe everything Asian.


I believe I'd been wanting to eat at Kazu for years. YEARS people. Do you know how long years are? OK, that's an easy question. How would you feel if you didn't have to just wait 5 minutes or 5 days for something, but freaking years! Mmmkay, you get the point. And it's my fault really: the thought of waiting in line to eat doesn't usually please me. A couple weeks ago, I made that leap with Lea! She went to Tokyo last year so she really wanted to try Kazu and since I'm almost half Asian (work at a sushi place, hang out in Chinatown ALL the time-it's basically my second home, buy all these Asian produce and make Asian food at home), we went for it. 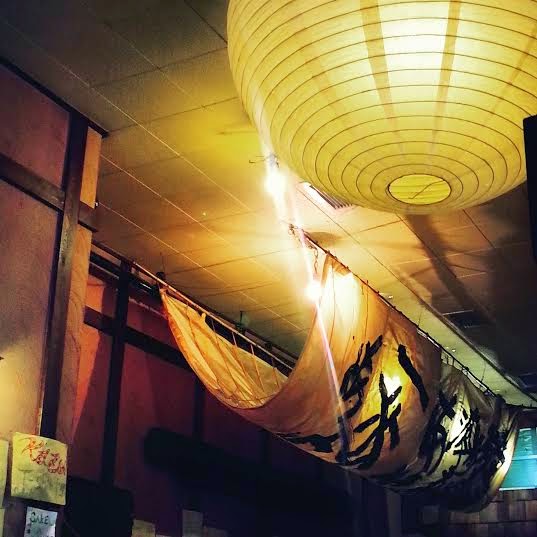 Kazu is this tiny restaurant with around 20 to 25 seats MAX. Now you know why there is always a line up. Don't even think about going there early; there WILL be a line outside the restaurant. The menu is pretty much written on the wall... somewhere :) But they do bring you either the lunch or dinner menu... hand written... WITH corrections....which are stuck on with scotch tape. Love it. 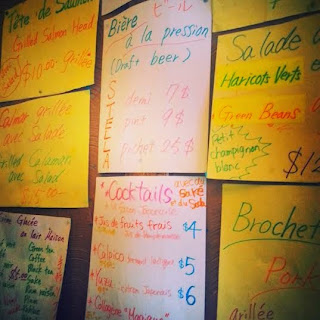 I had my heart set on the Japanese Bibimbap (uh, hello!), but when the time came to order, I was told this was a dinner special. Noooooo! I didn't feel like ramen or a salad so I chose the 48 hour pork bowl. Pork? Good. 48 hours? Good. 48 hour pork? Hells good. Lea had the Tuna and Salmon salad bowl. Oh and we also had a tiny soup and an even tinier salad to start with. When I say tiny, I do mean it; two bites and donzo! 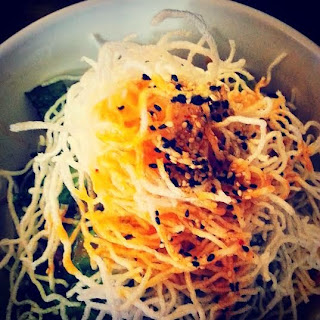 The salad. The crispy noodles on top made the plate look oh-so-good! I mean come on, look at it! And they were actually tasty; I've had my share of non-tasting crispy noodles. A big ass portion I would call it! There was rice in there, some veggies, dem noodles, and lots of flavors! Thing is I didn't taste the fish as much as I wanted to and it needed a bit of spice. Either that or I'm just a spice whore now; seriously, I put sriracha on everything, even my cereal. AND I'm kidding. Sheesh, I ain't that crazy. 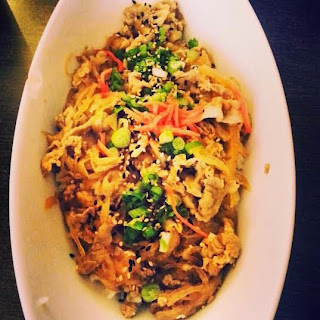 The pork. Basically, pork with onions, green onions, and ginger. The flavors were there but they weren't necessarily in every bite. I dunno, I felt like one bite was better than the other and vice versa. What I have to say was that the onions were abundant and y'all know I loves me some onions. They tasted great too: perfectly caramelized to the power of 1000. The green onions gave a little kick to it and the ginger was nice too. The rice was unfortunately a tad overcooked. It was a sad moment for me. Japanese resto hailed for being one of the best (or THE best) in MTL and they f*ck up their rice. Mmmmkay, I'll stop it with the anger. What I really appreciated was the fact that even if there was still fat on the pork (not usually a big fan of fat), it wasn't squishy like it usually seems to be and it was full of flavor. Let's just say I gained 5 pounds of actual pork fat that day. Again, I could have used some kind of hot sauce to make everything pop a bit more.

For dessert, we could choose out of many flavors of ice cream: basic vanilla + syrup. I had the wasabi one! Oh ya! This was exciting! And it tasted just the way I pictured it in my mouth ;) Wasn't too hot but in the end, with the melted ice cream left in my bowl, it reminded me of a little shot of wasabi. It wasn't too much and it was cool to try something different!

The service was, well, Asian ;) It's actually a good thing people: they know what they have to do and they are super focused. Plus, you know you'll get your food 10 times faster in an Asian resto than in any other type of cuisine in the city. Bam bam bam. Done. Sit, menu, drink, order, food in seriously, and I'm not even kidding, 2 minutes. Out. You don't really need to talk to your waitress cause you have no time. Ps, everyone that works there is straight from Japan, which is actually kinda great. Do me a favor and go on their FB page, you'll see what I mean! They write cute stuff like this: 'We'll closed 2.3.4.5 to the staff meeting. It's to ensure the feelings don't forget forever when we began the restaurant.' How cute is that?

I'm going back fosho. But next time I'm going for dinner, I'm ordering the bibimbap AND I'm going with Erik so that we can be Japanese together.

It sounds as if you enjoyed it, Marie, even if the rice was a tad overcooked. You did give this place a good rating, too. :)

Ya you should definitely try it Linda!