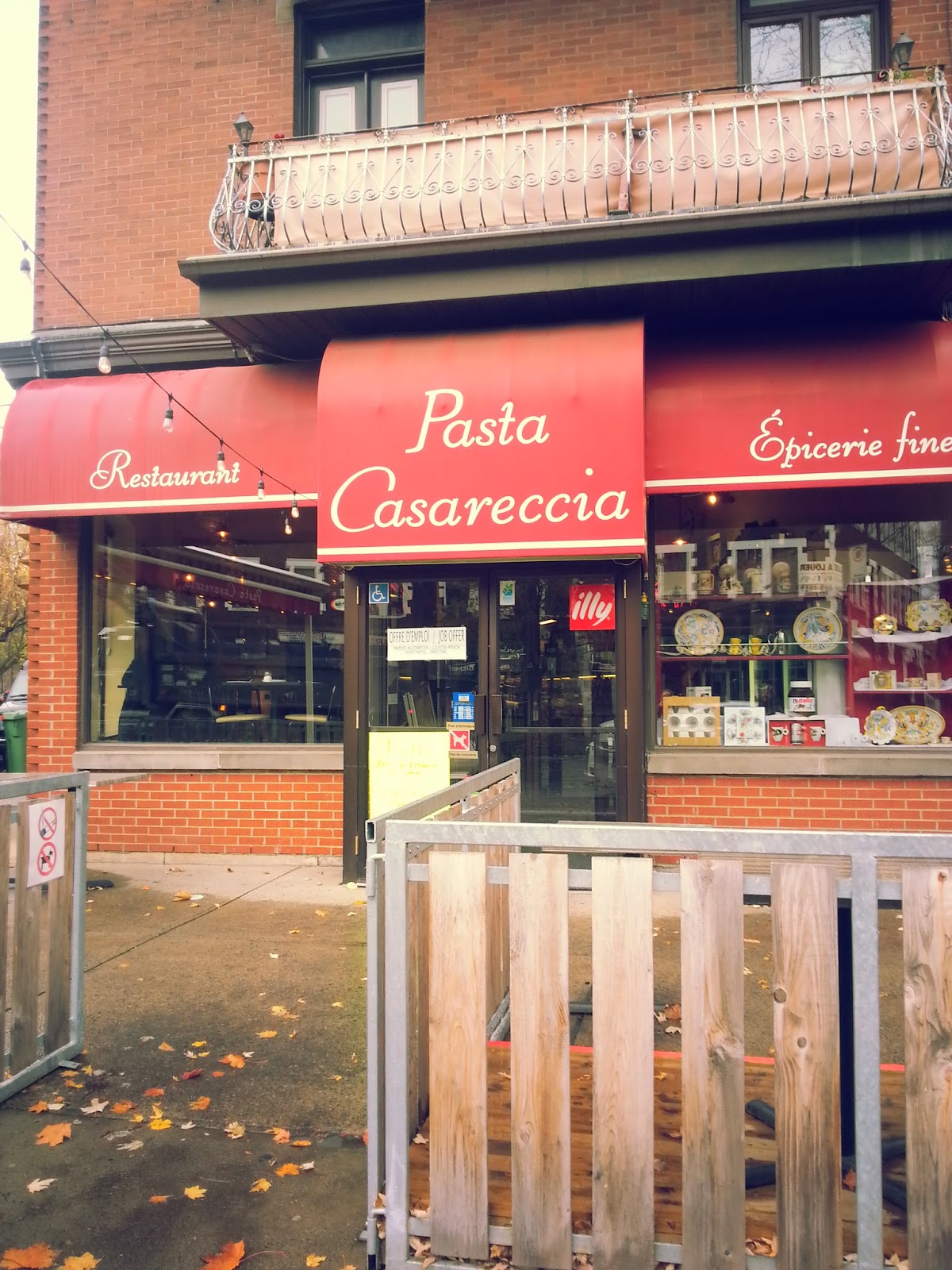 Val and I had some early business at Sushi Taxi and when we were done, since I wasn't on the schedule till later in the afternoon, we decided to have lunch at her friend Mauro's restaurant, Pasta Casareccia. This family owned place is located where I neva eva go, Sherbrooke West. There's a bunch of nice restos in this end of Sherbrooke, it just seems too far, ya know? 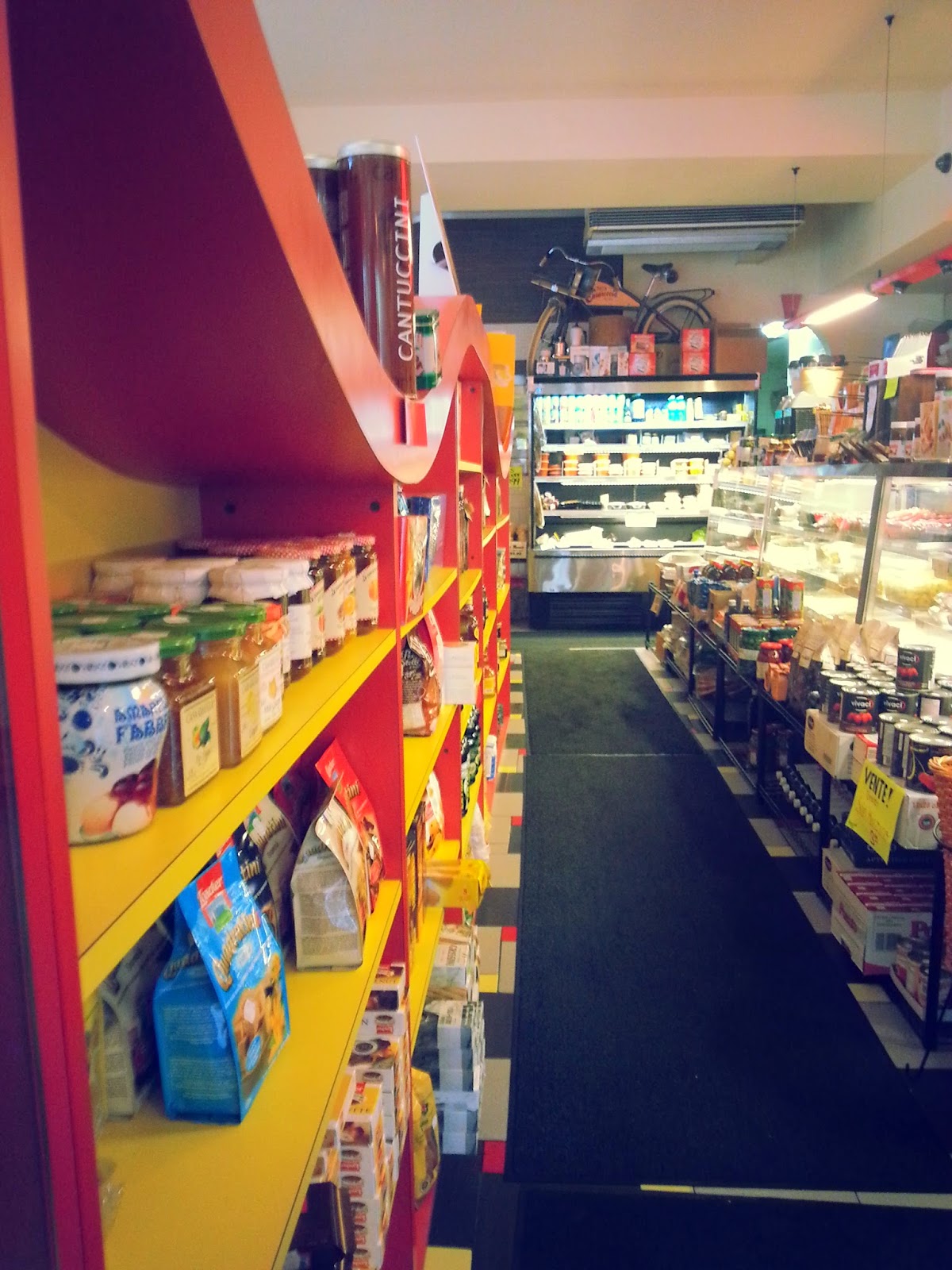 Anyhoot, there is a large terrasse, obviously closed because it ain't getting any warmer, and two dining rooms inside. Oh, and they also have a gourmet boutique where Italian everything is sold. My mouth was watering just looking at the sausages and meat and fresh pasta and home made loveliness. Drooling isn't polite, is it? I HAD to eat, like NOW. 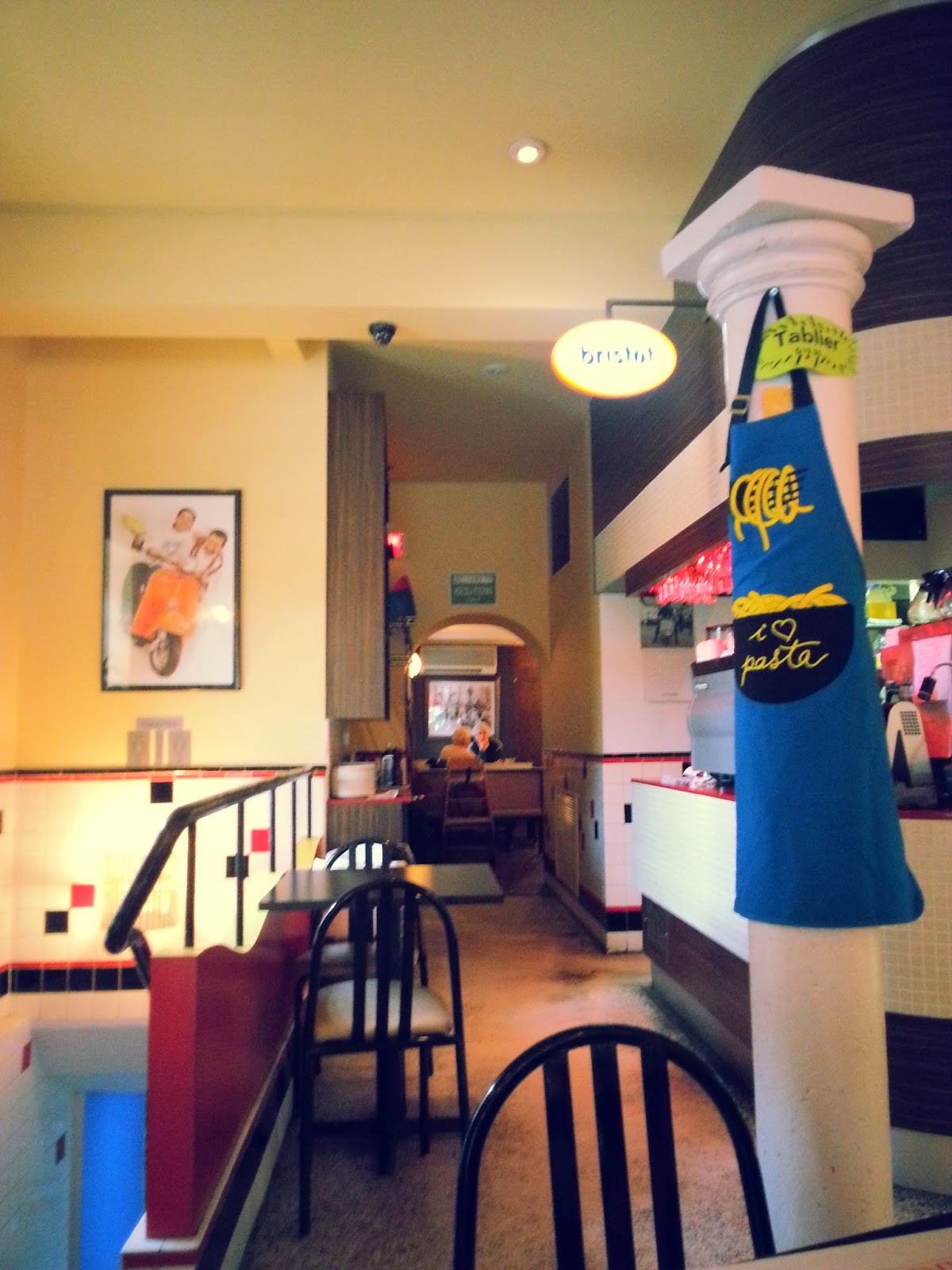 We didn't even see the menu because Mauro knew what Val liked, therefore what I liked: Val and I have some pretty similar tastes when it comes to great food! 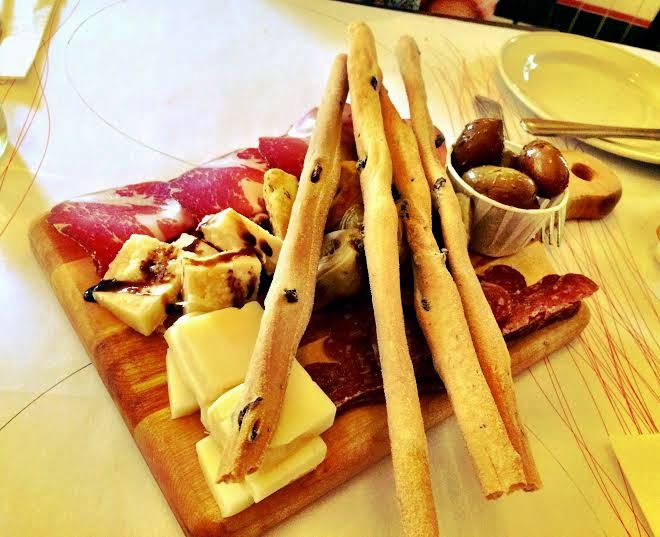 The starter for two: antipasti. Hello! Homemade or Italy made, this was a plate of wonderfulness! Olives, old cheddar glazed with balsamic syrup, homemade olive bread sticks, homemade fennel -tiny- bread ...thingys, sopressata and capicolli. Everything was darn good. The bread sticks were freshly made and the cold cuts were just so good! I'd even go as far as 'mouth watering' good. Yes, that's right. The olives were a tad saltier than I would have liked but still hit the spot. 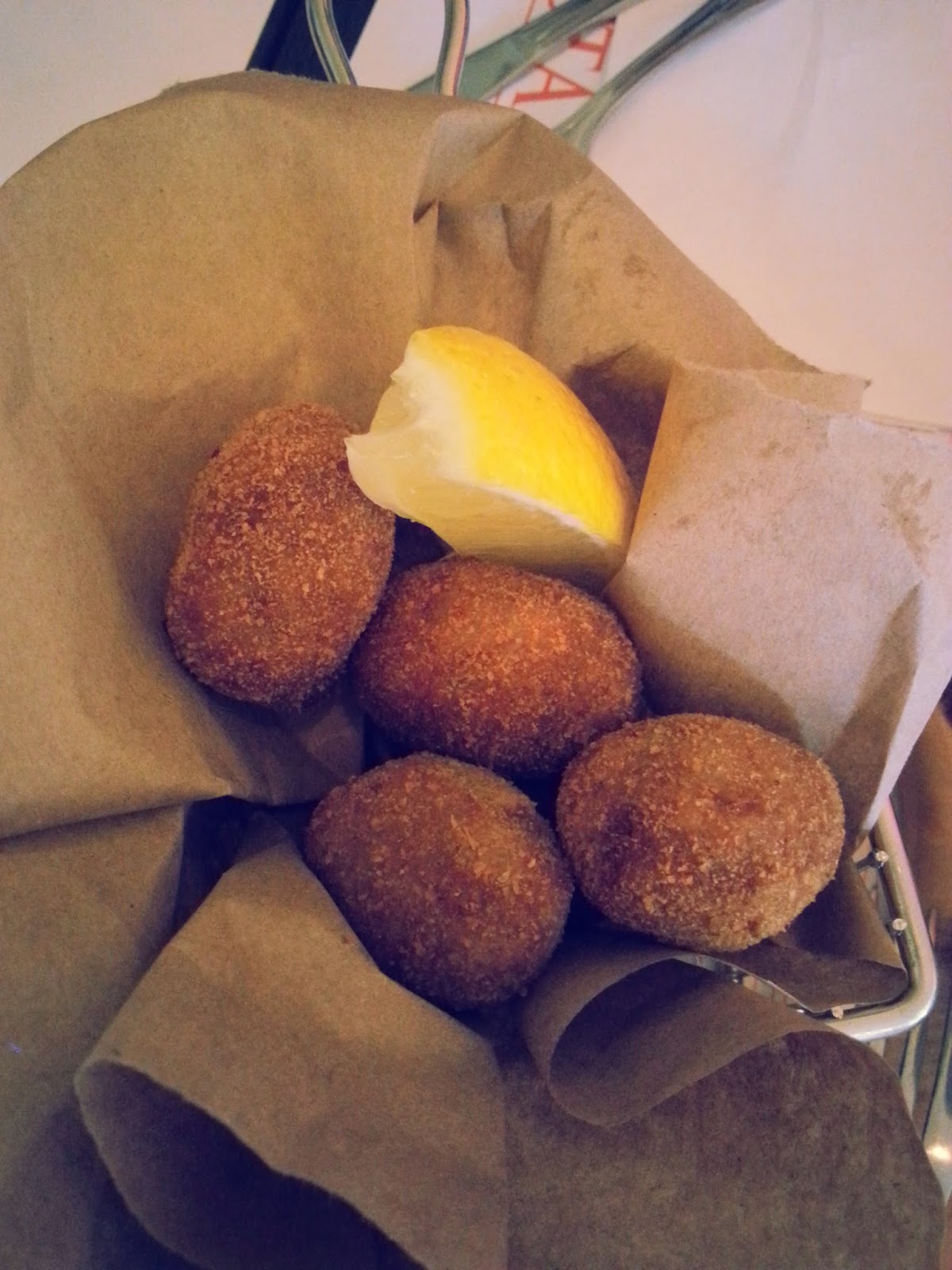 Olives ascolane. Although I am TRYING to watch what I eat, especially everything breaded, I just couldn't resist these meat filled, breaded olives. With just a tad of lemon, they were, well, heaven in my mouth! The lemon helped bring out all the flavours and I just wanted more! 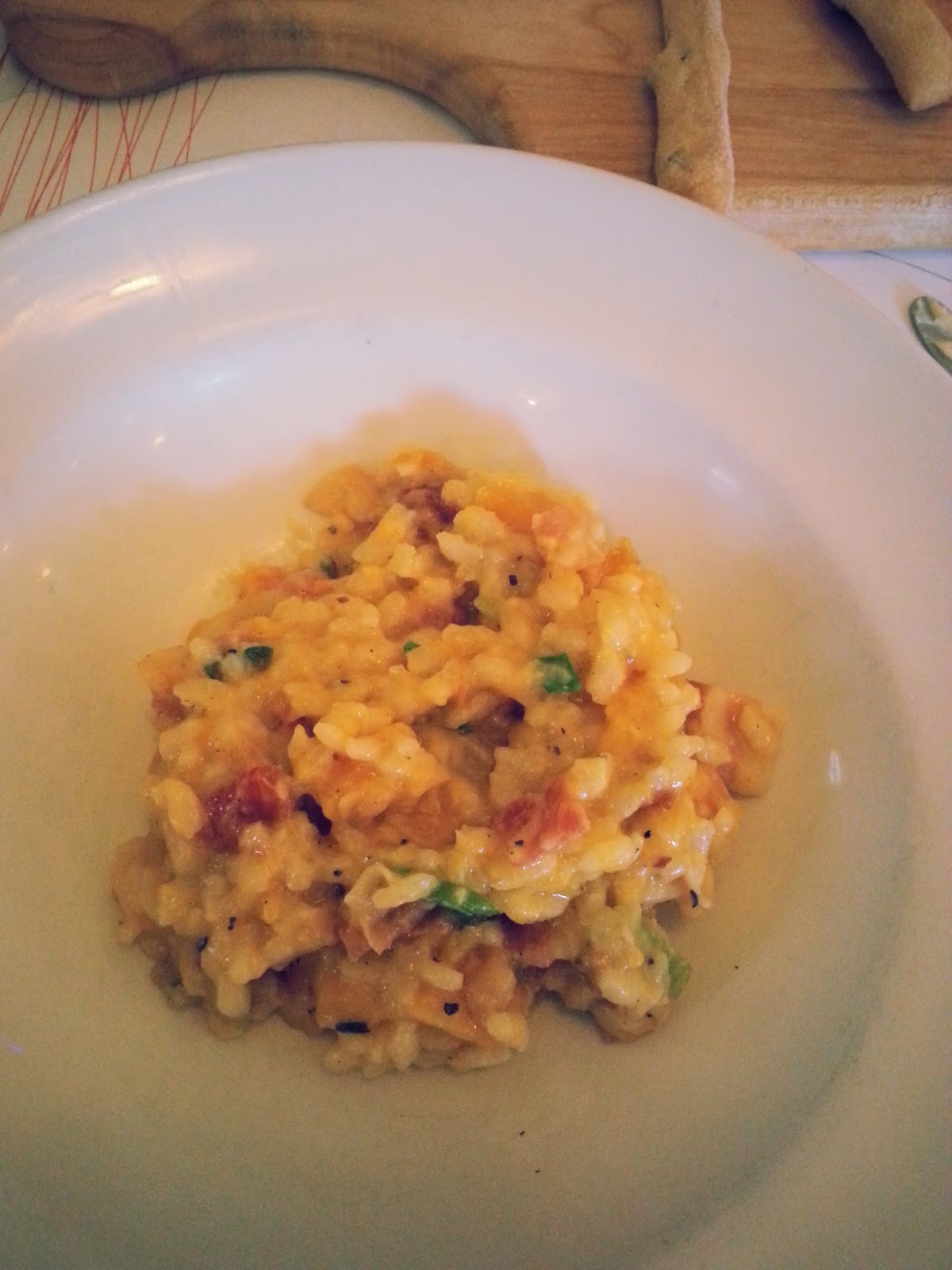 Pumpkin risotto. Pumpkin: YES. Risotto: hell YES! It was very silky and the pumpkin was well cooked and super soft. The pancetta was great although it made the dish a bit too salty. Green onions made for a nice texture change. All in all, I would have this risotto over and over again. Maybe i'll go now! But first, there's more! 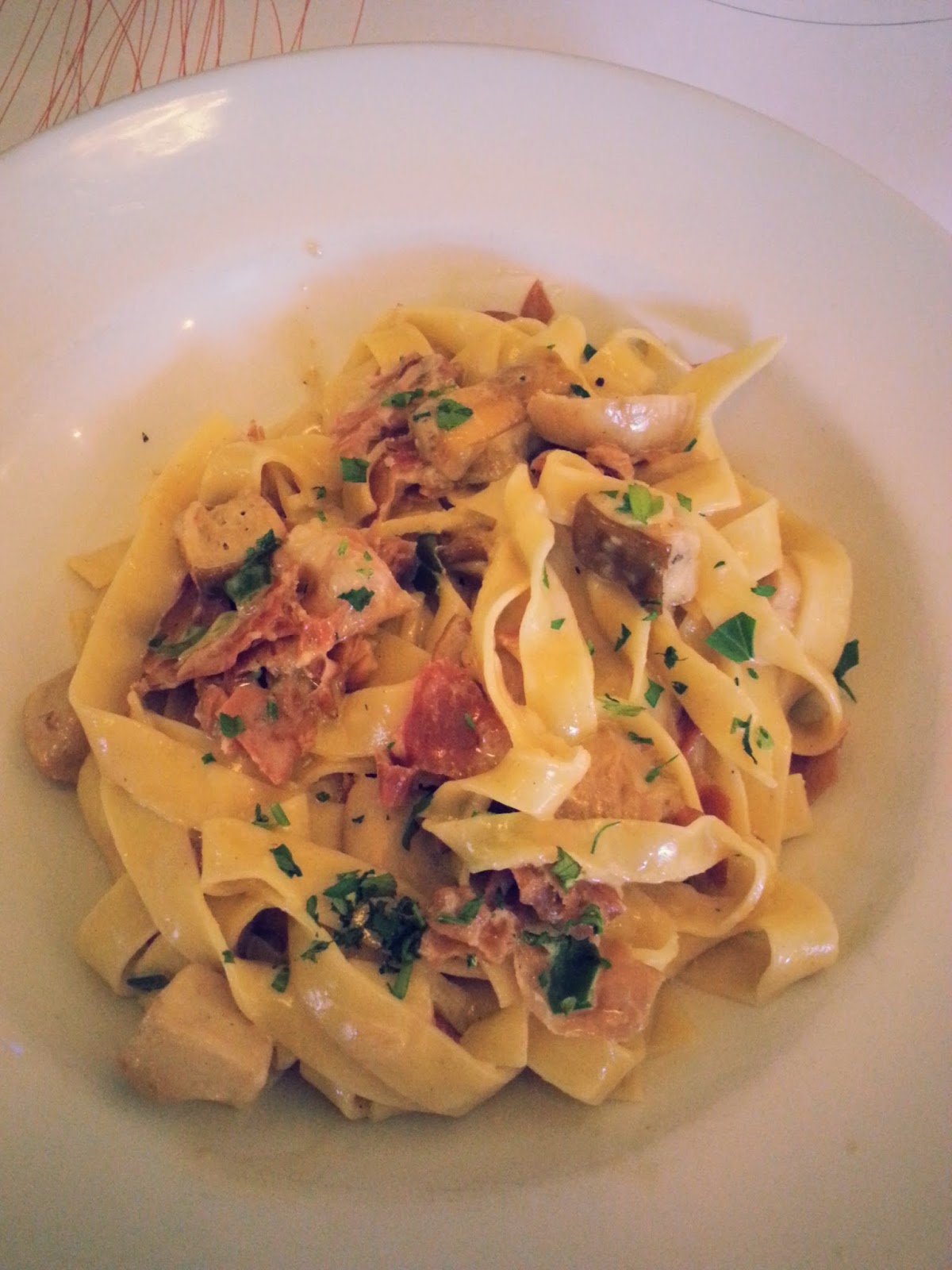 Speck and porcini tagliatelle. Oh man, eating one mushroom was like an explosion of flavours in my mouth. It was like they had been marinating for 100 years! Ok, that would be a bit gross but you get the idea. They fly them in from Italy and rehydrate them here. Dry, hydrated, rehydrated, I don't care; they were probably the best mushrooms I've ever tasted. Chopped parsley added some freshness to the pasta which was not too creamy and not too wine-y. Val had guaranteed this was going to be good (she had tasted it before) and she was right! The speck, which is a type of prosciutto, was, again, a bit too salty in itself but within the dish, was just the right salty element. 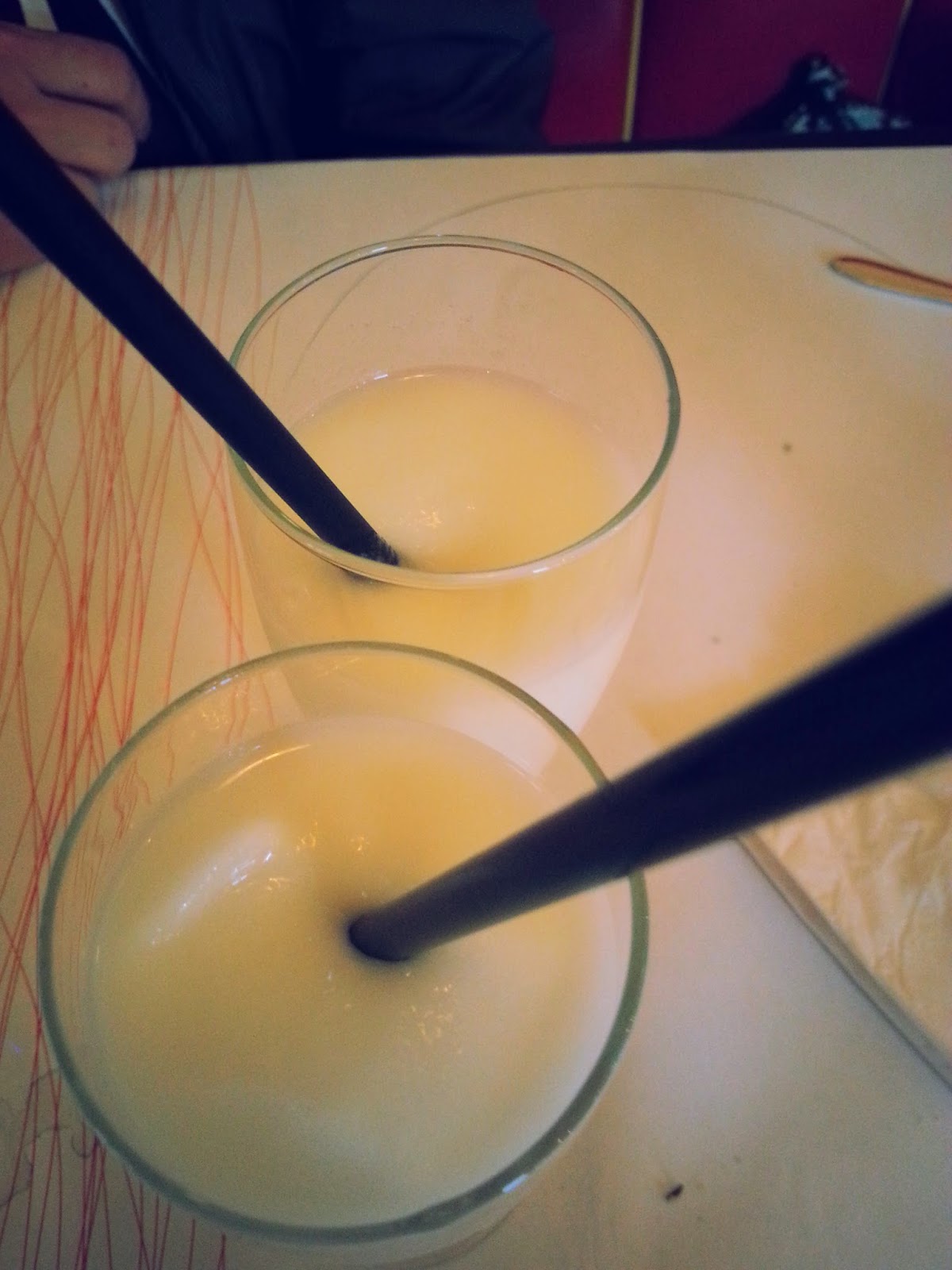 Let's talk about the service! Well, when you're friends with the person that owns the restaurant, it certainly helps! We got water in 3.5 seconds from our waiter and our dishes arrived in a timely fashion. Plus, we got the chance to learn about the history of the restaurant and where most of the products come from straight from the owner's mouth! He also answered every question we had about the dishes.

I'll say this: if ever I'm on Sherbrooke West again, I'm coming to see you, Mauro!