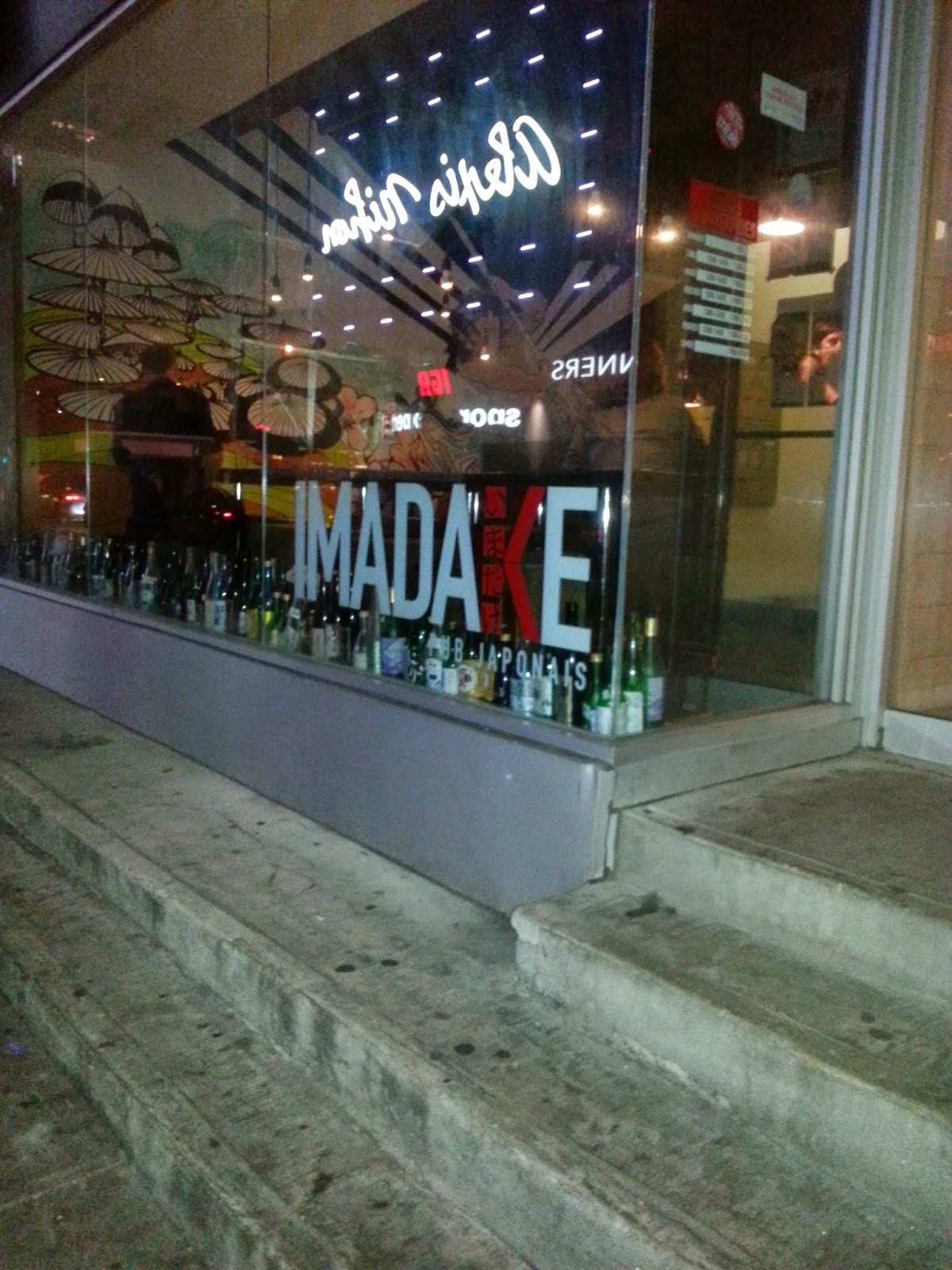 MTL à table is a wonderful event that takes place every year where restaurants lower their table d'hôte prices so that people can discover them and enjoy some good food. This year, most of them had their table d'hôte at either 19, 29 or 39 dollars. I think Toqué! was at 69$ but that's a whole different cup-o-tea. When a friend suggested we go, I immediately thought of Imadake because a: it was at 29$ and b: I'd heard lots of great things and had been meaning to go. 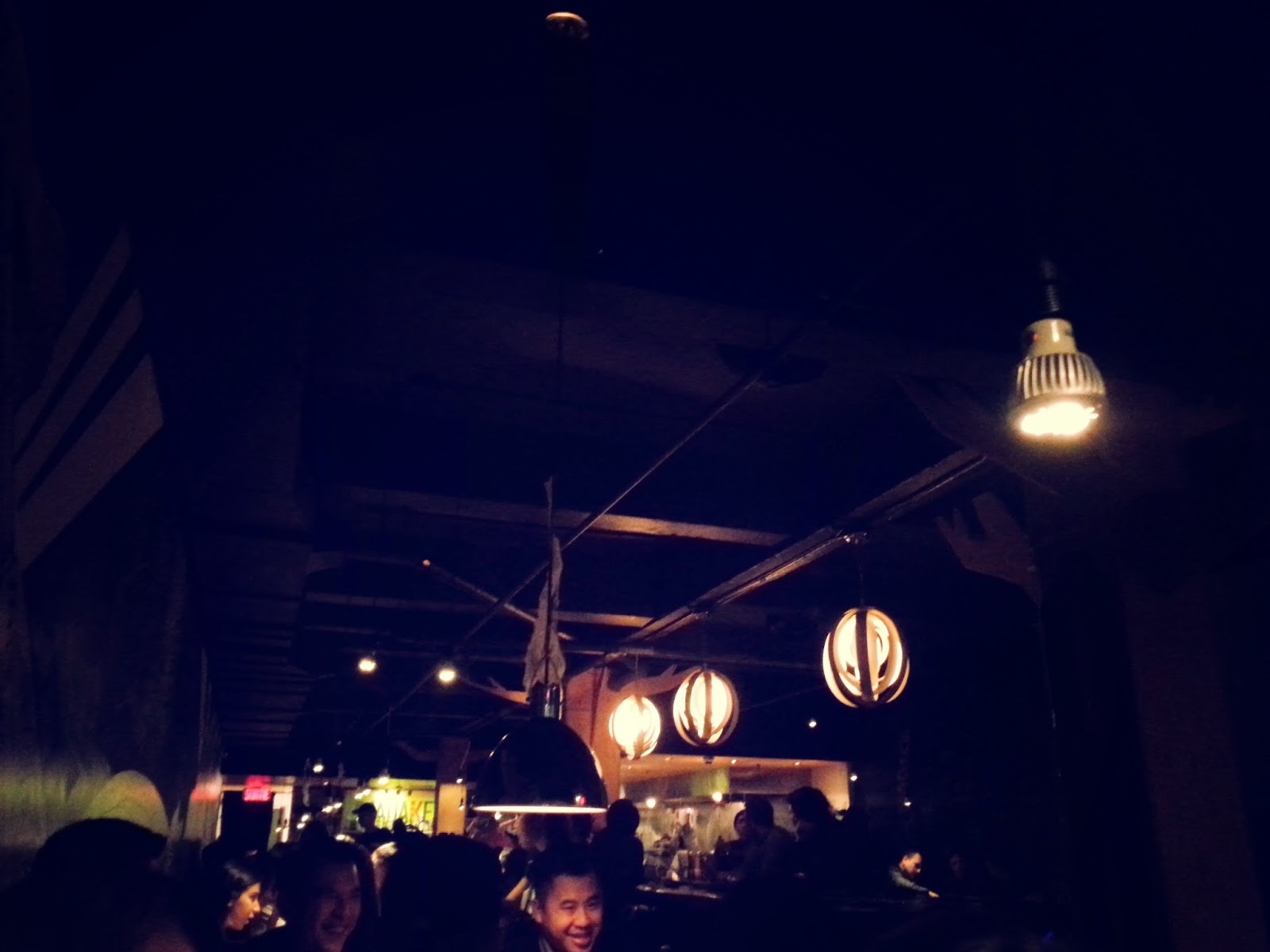 An izakaya is basically a Japanese pub that also serves up good eats. Actually on Imadake's website, it reads 'Come eat and drink, yum! Good!' Makes me think of the shirts my best friend used to bring me back from Japan that made close to no sense. Anyhoot, when you're outside, you hear absolutely nothing and once you open those doors, WOW! It's really loud and vibrant, and everyone seems to be having the time of their lives. Plus, they sell sake bombs where there's something about hitting the table with your fists and the waiter yells 'SAKE!!' and the clients yell 'BOMB!!' like three times. This was fun at first but then, we just had a hard time hearing ourselves talk! But, you know, it's part of the Imadake experience! The place is quite big with a bar in the middle and lots of wood. Most tables are lower with wooden blocks as chairs (which, as it turns out, not too comfy for a 2 hour dinner).

So, the way MTL à table works is that you have a menu with 2 choices per course. Not too shabby. Not too shabby at all! I had already checked out the menu and knew what I wanted to eat of course! 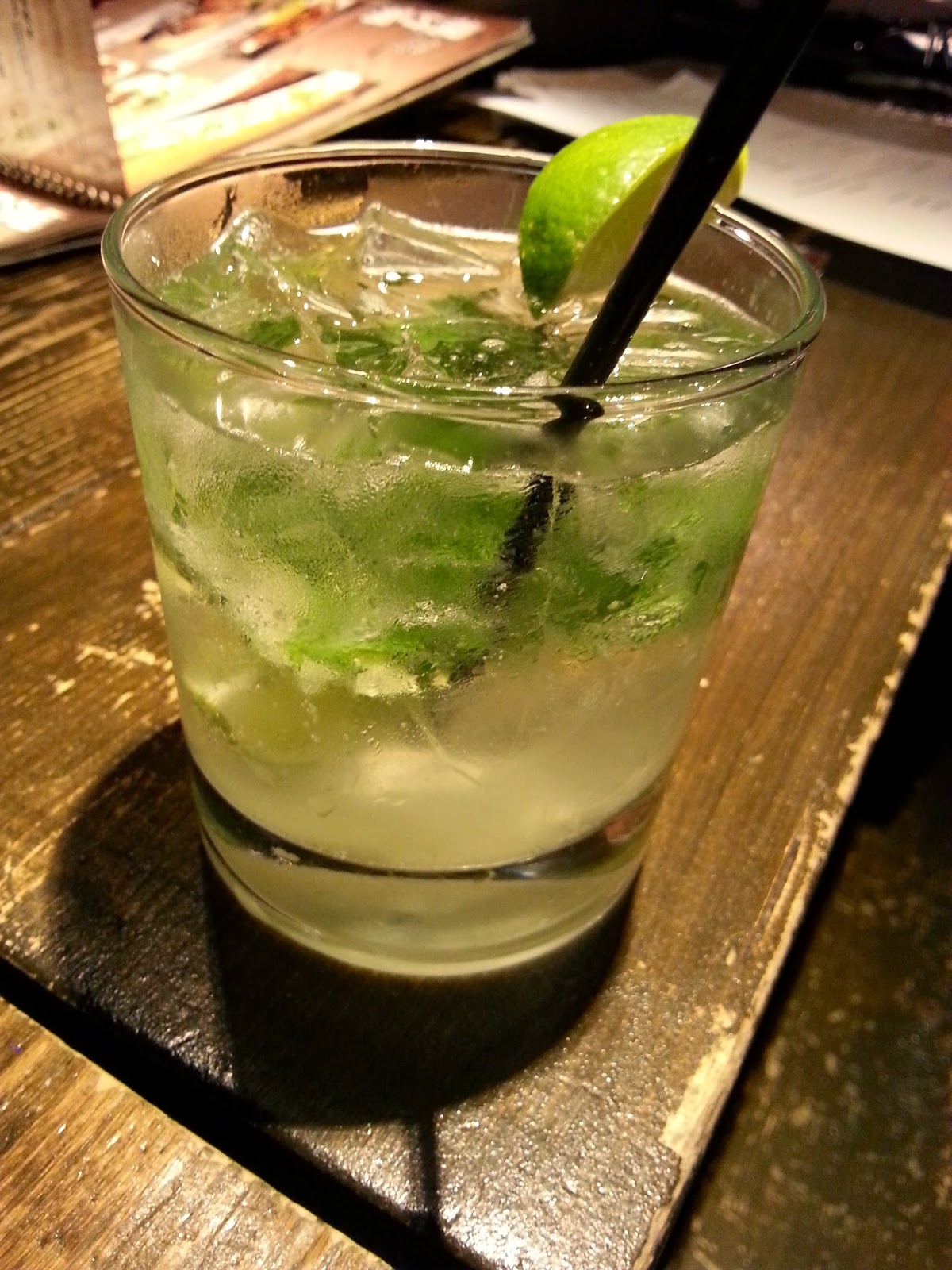 I was the first one there as per usual so I decided to order a nice little drink for the waiting time. I didn't want anything too heavy so I ordered the Shiso mojito. Basically a run of the mill mojito but with shiso leaves instead of mint. And since shiso is in the same family as mint, it was a nice little refreshing, well executed mojito. At the end, it got a tad too sweet but it was still yummy. 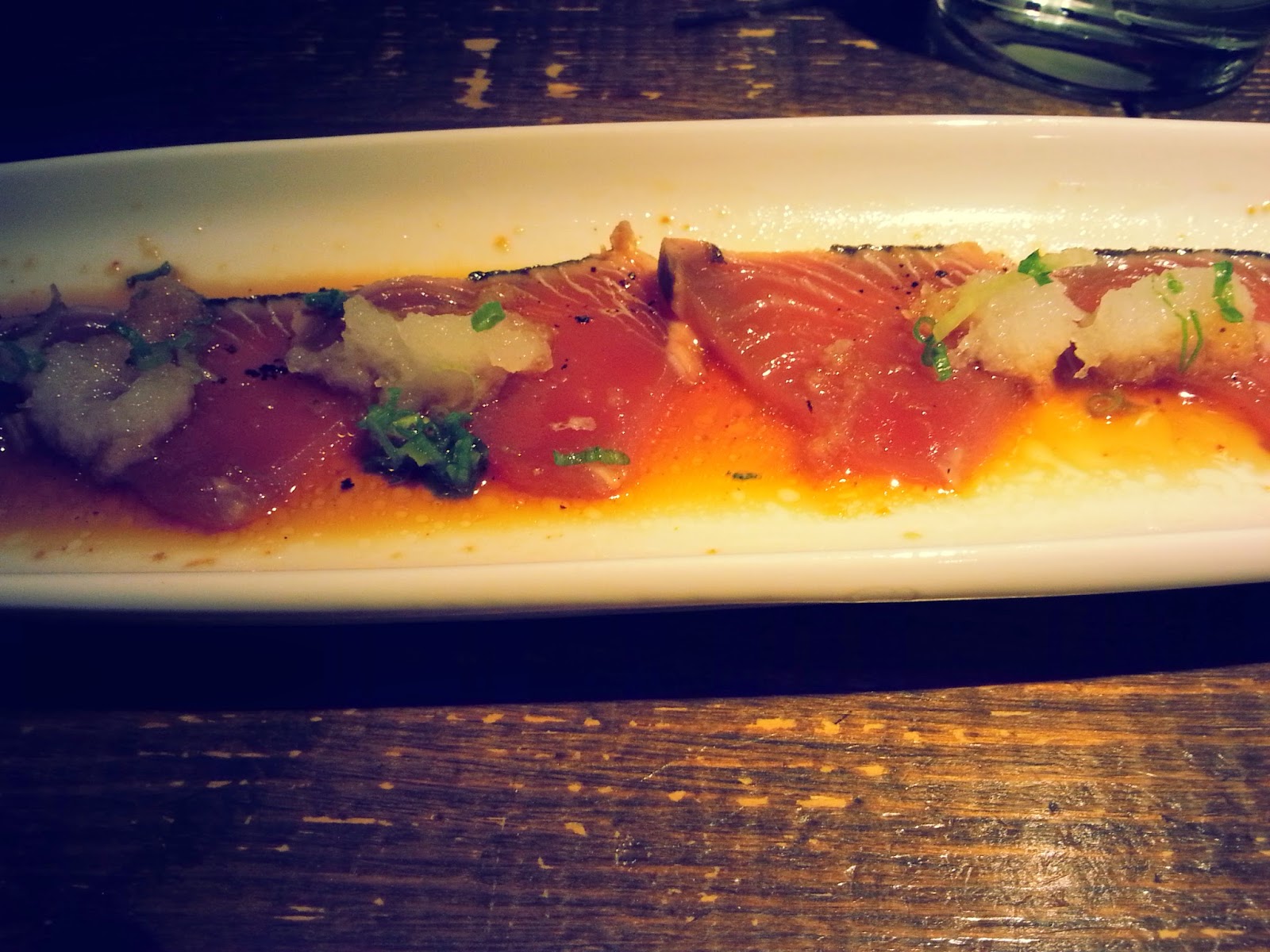 My entrée: bonito tataki. The bonito itself had a nice texture but the dish was lacking an extra level of seasoning. Still great and and there was plenty! 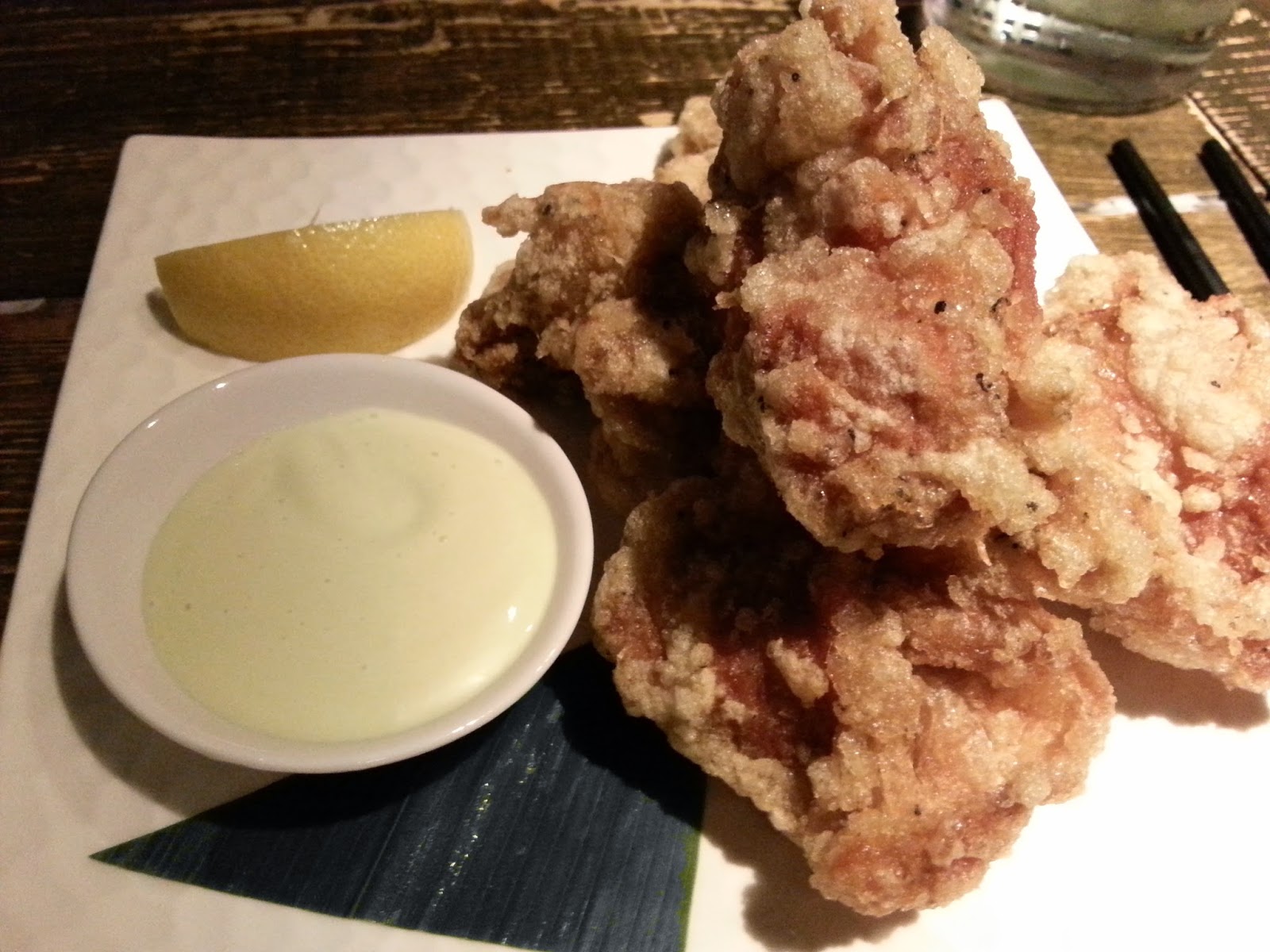 Second course: Karaage fried chicken with wasabi sauce. There was a LOT of chicken. Like, a LOT! The chicken itself was very moist but the breading was so crunchy, I thought I might break a tooth. There was a bit too much fat in there which made it unpleasant at some point. The lemon added a nice touch and I loved that wasabi mayo! If I were beginning to be sick, this totally reversed it and unplugged everything! I even shed a tear or two :) 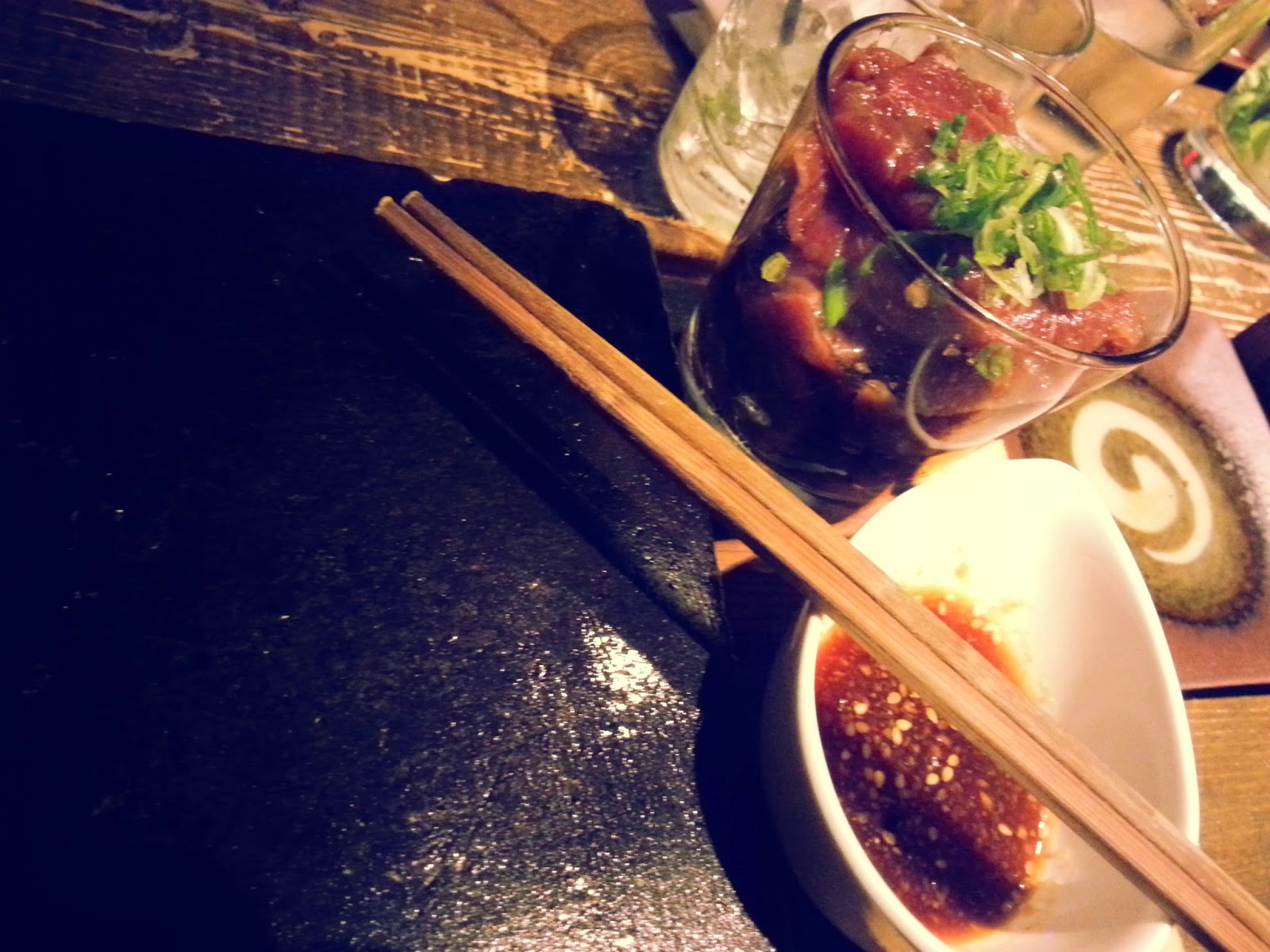 Third course: Steak Yaki Niku. THIS was a nice surprise! They bring you a hot ass (yes, hot ASS) plate and some uncooked marinated beef with a teriyaki soya sesame kinda sauce that tasted great. The beef had a wonderful taste to it but some pieces were way too big to fit my tiny mouth so I had to cut them with chop sticks which wasn't ideal. Still, as I've said, and I'll say it again, this was like heaven in my mouth. Heaven I say! Mmmmm! So, you put the beef on the hot plate with a bit of sauce and then some chives and you barely cook it and then, wait for it, you put it in your mouth. AND you've reached umami (http://en.wikipedia.org/wiki/Umami) heaven! 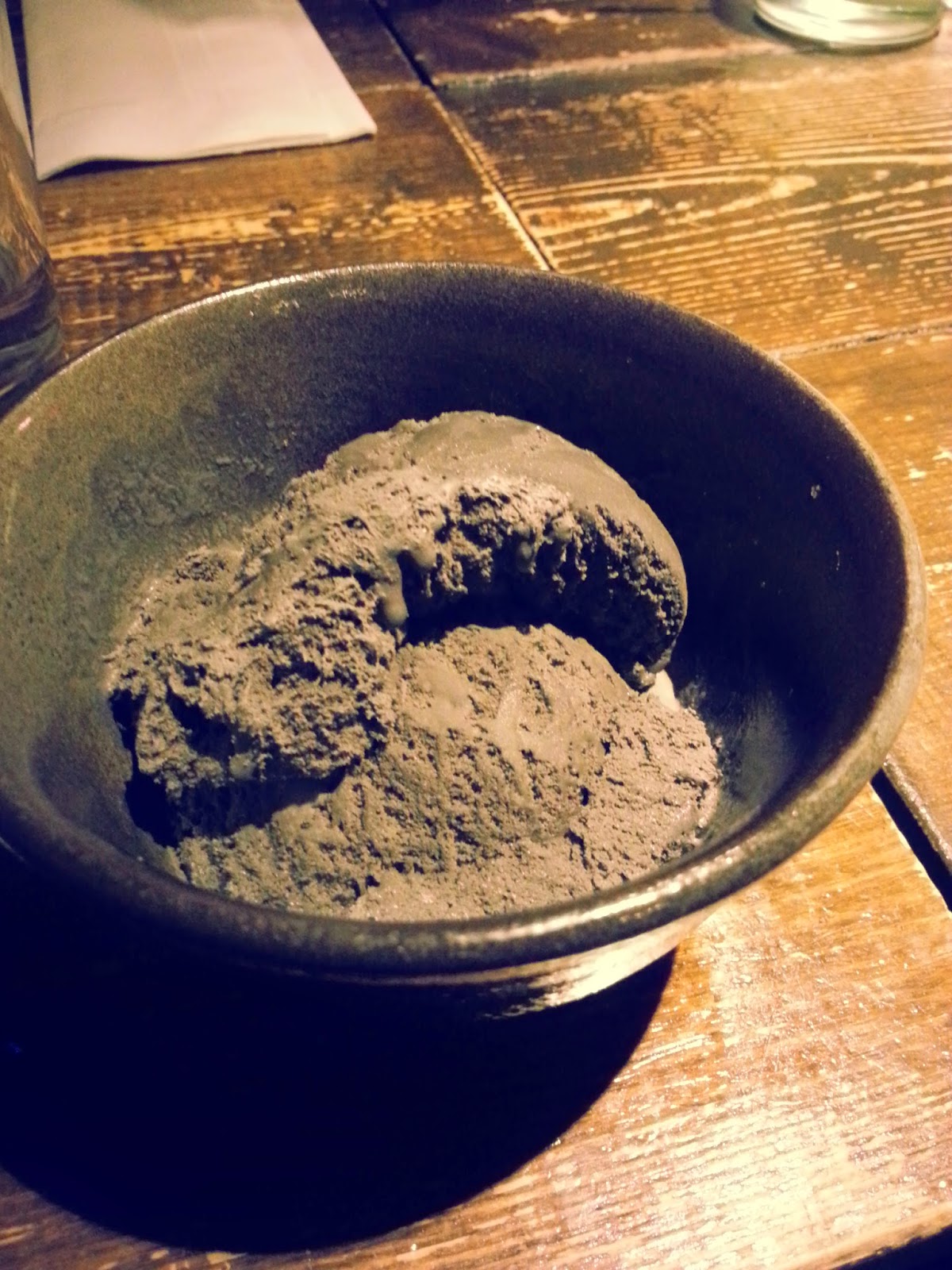 As for desert, I chose the sesame ice cream. It looks, well, not too appetizing but it was oh-so-DAMN-good! It was so soft and smooth!

And now, let's talk service, shall we? When I got in, I found it weird that the girls were all wearing school girl skirts but then I figured that a lot of them are wearing that in Japan right now so it became less weird. What WAS weird is that the waiter told us that the dishes came out when they were ready so we all ate at this different times which was kind of annoying. It took a while to start but then the food came in relatively good timing. Oh and, y'all know I'm serious about my water and we all had to ask for some, at different times during our meal. Meh.

All in all, I'm not disappointed and I'm happy we chose this restaurant for MTL à Table! Will definitely go back!