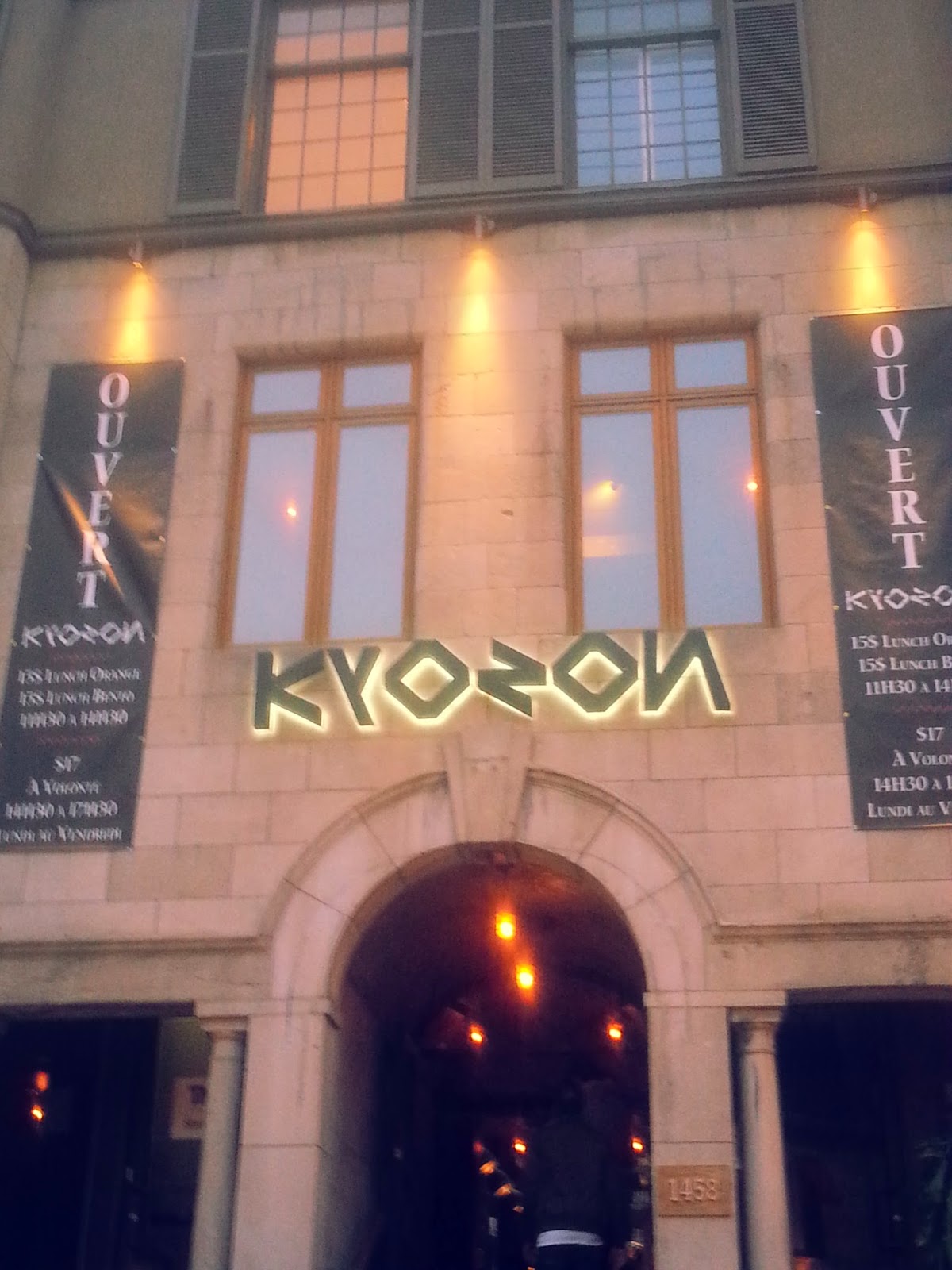 I was re-invited to try Kyozon 'for real' since the opening in September. Obviously, openings are mostly grandiose with a full house (and then some), a dj and lots and lots of staff. 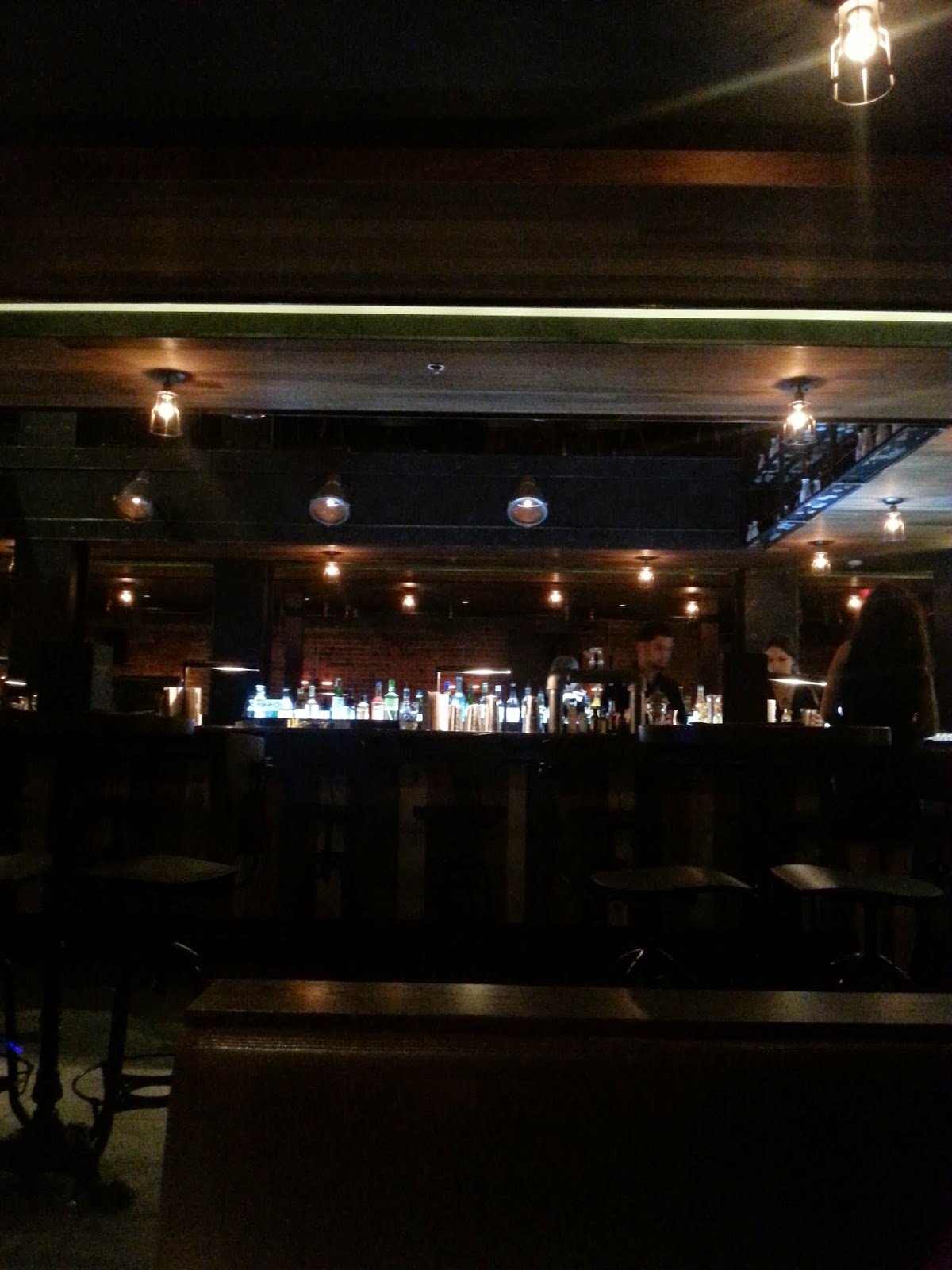 This time, we got there for an early dinner with the intention of trying dishes I hadn't eaten when I had gone two weeks prior. We were warmly welcomed in an almost empty restaurant. What a difference! Our waiter came to take our order and made some nice suggestions. We ended up getting four entrées (yes, we are pigs) and we were to share the duck and all its fixings as a main. What a treat this was going to be! Oh, we also had a cocktail on the house and then got a couple more glasses of wine for our meal. 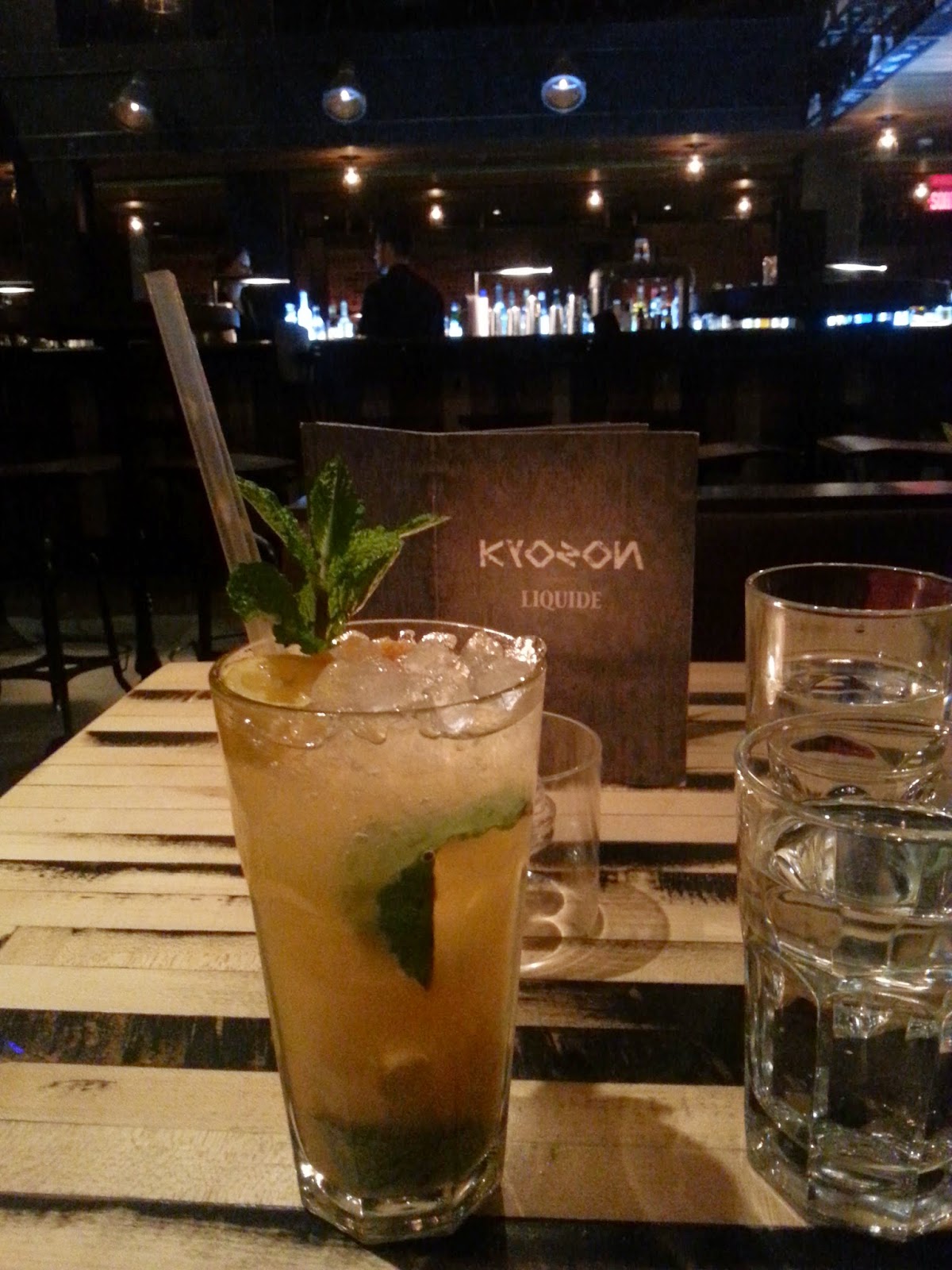 The drink: 6 May 2014. Hennesy very special, bergamot liquor, palm sugar, kumquats, mangosteen, fresh mint. Man, talk about a fresh tasting cocktail! It was very citrusy, almost too much. It hit all the right tastebuds. 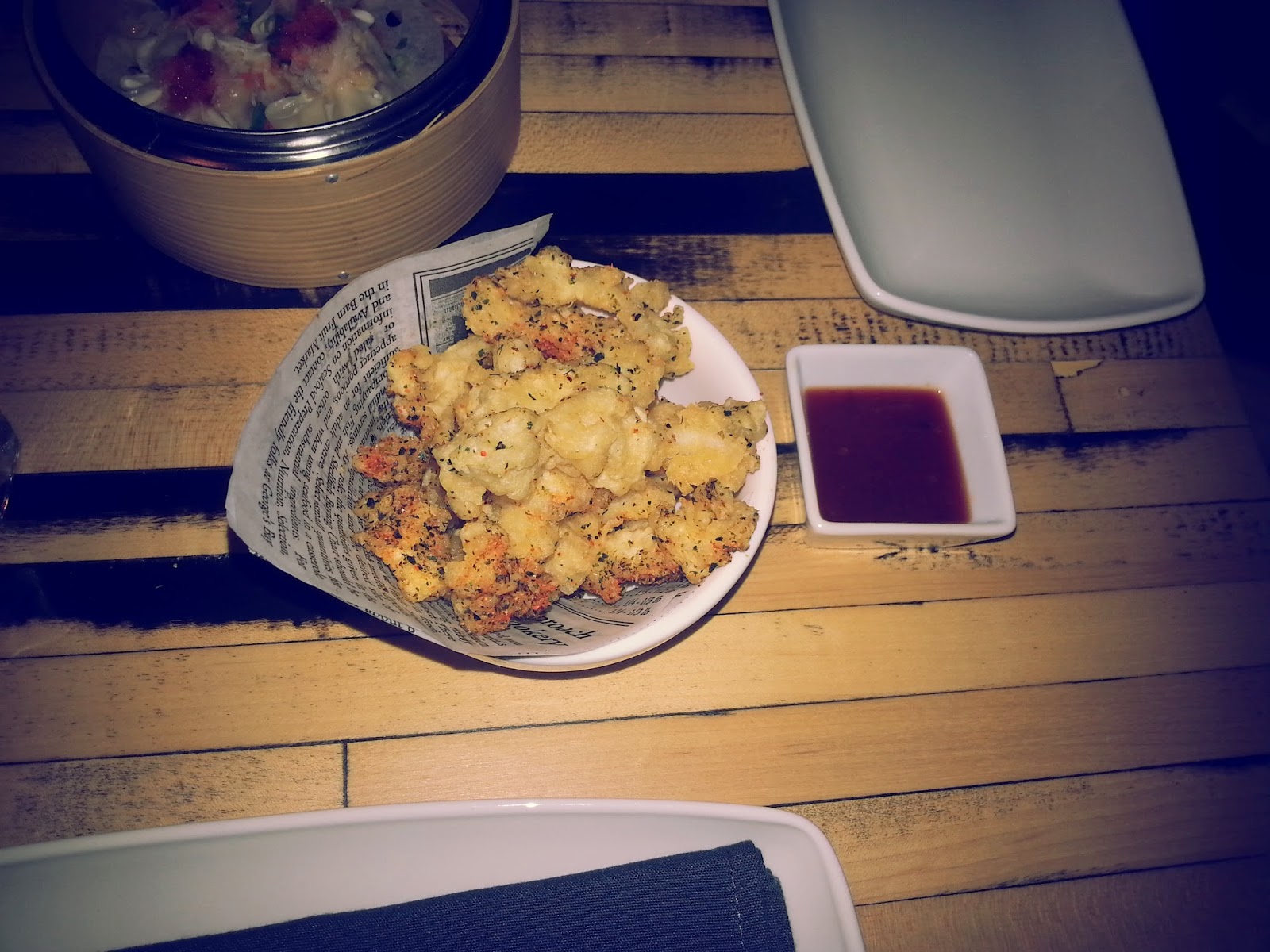 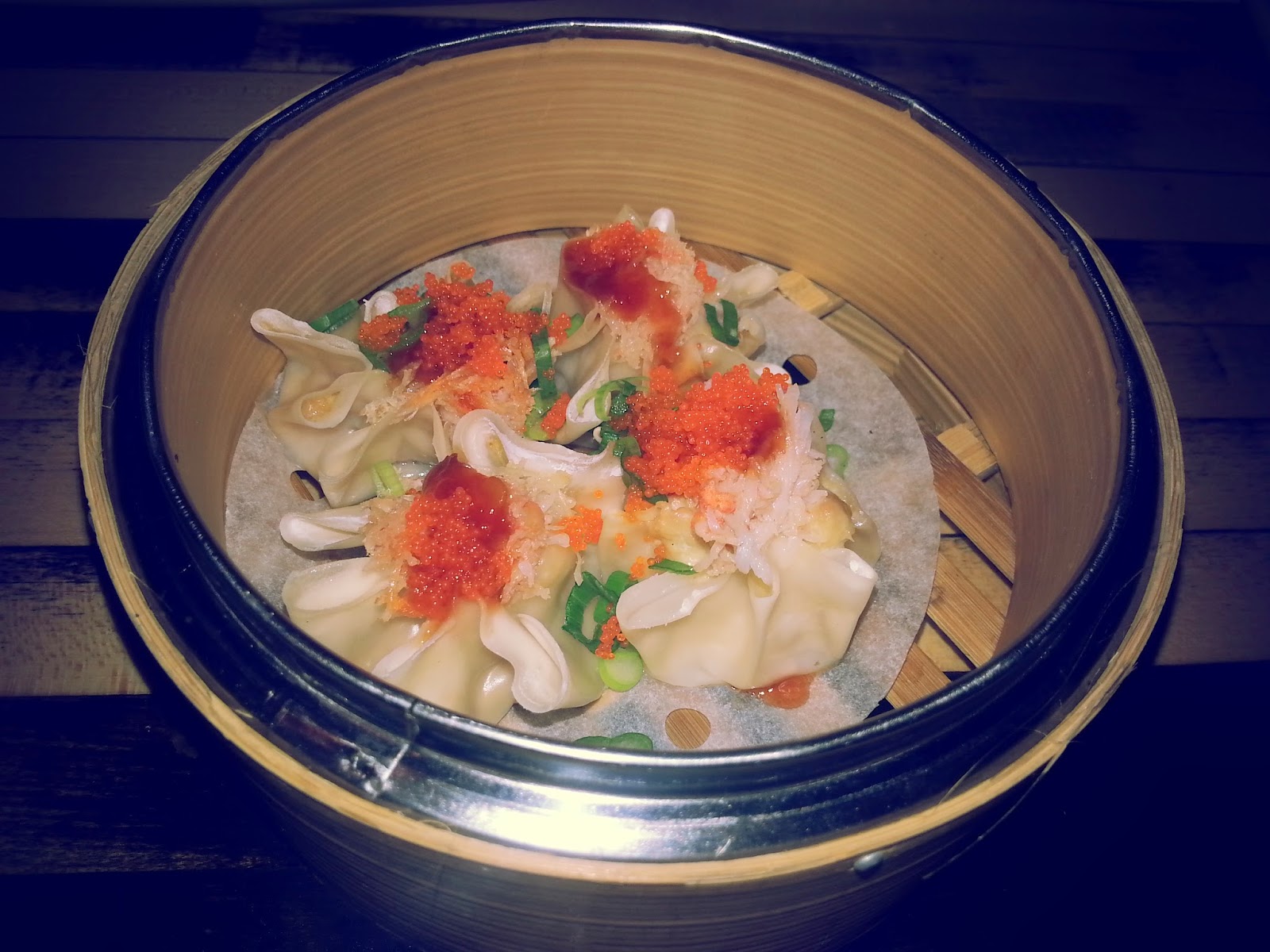 Crab and chicken Sui Mai with smoked chili jam. I found them full of flavor, not too spicy, not too mellow. The sides were a bit on the hard...side. My dining partner wasn't as fond of them as I was. Which turned out to be good for me because I got to eat three quarters of the dish. Hehehe! 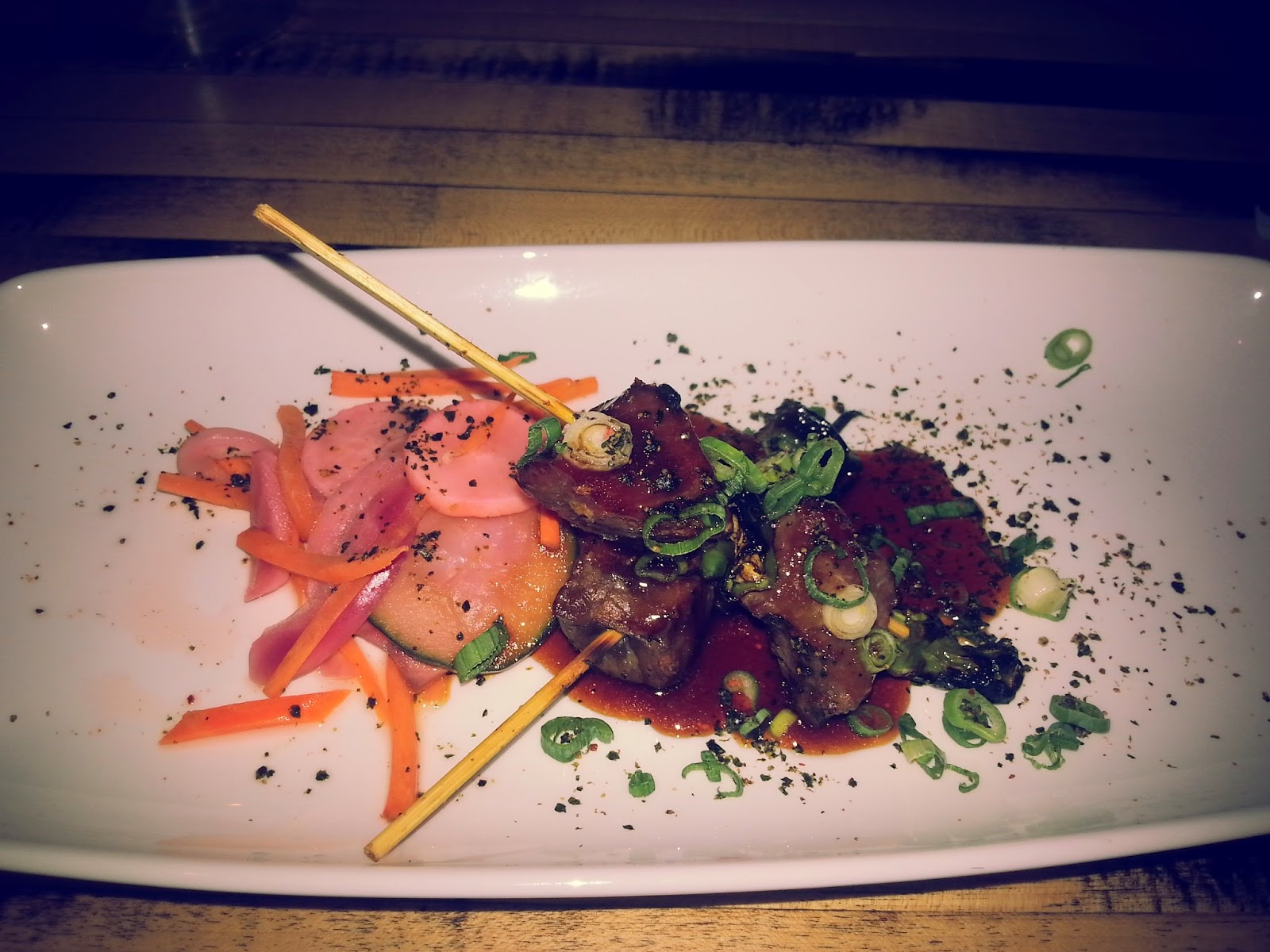 Beef teriyaki on skewers. They were a bit hard to chew but they still tasted great. Again, they were a bit on the cold side. I've said it and I'll say it again, dishes that are meant to be served hot should be on hot plates! The pickled veggies were great, with just the right amount of vinegar. This finished off the dish nicely. 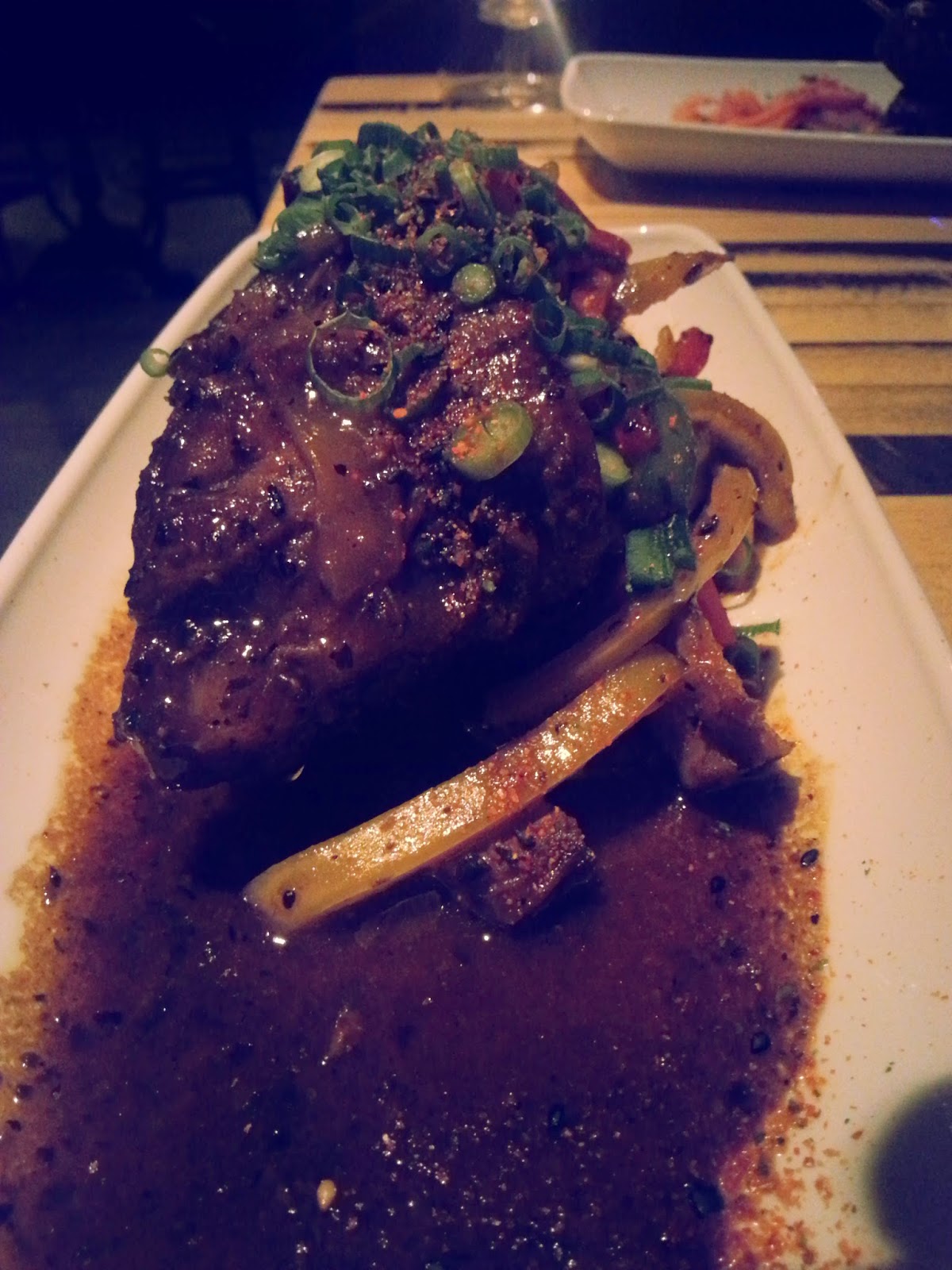 Baby pork spareribs with black bean sauce. Holy bejesus this was good. OH-so good. Food orgasm good, I'm not even kidding!  The meat was fall-off-the-bone goodness and the seasoning on the veggies was just right. Not too salty but not bland either. The black bean sauce was wonderful and added just what was needed to the dish. I have to say, next time I make ribs (and I'm oh-so-due), I'm making a black bean sauce. To tell you how good this was, we both gave it an 11 (on 10, of course). 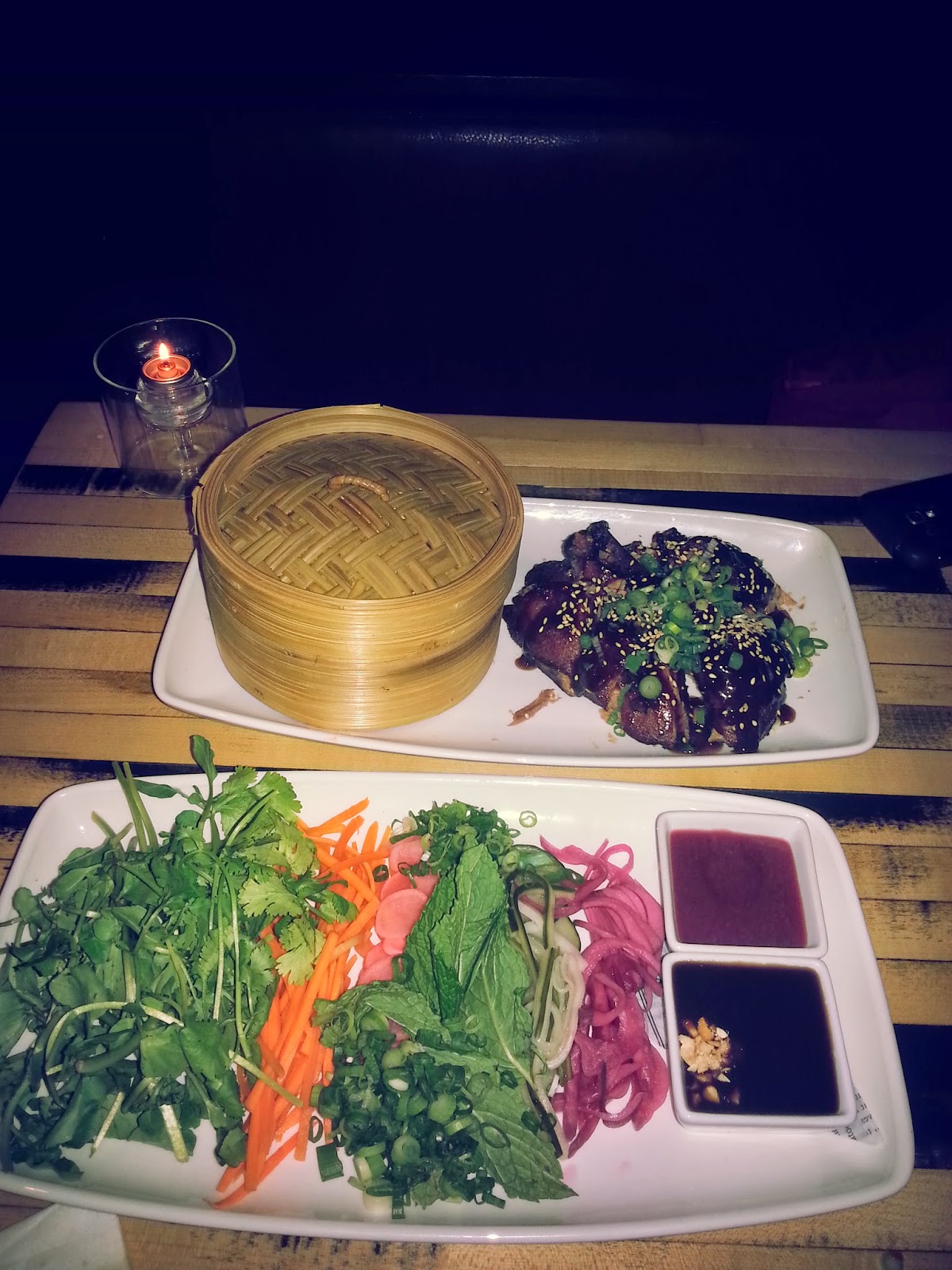 Kyozon's take on Peking duck. THIS was a winner.  The duck was cooked to perfection aka on the rare side and the little pancakes were a great vessel but were a tad on the cold side (I think they are having a problem in the temperature department). There were two sauces; hoisin, which I looooove, and prune, which could have been a tad sweeter. This was accompanied by some greens, some pickled veggies, coriander and mint. Mmmmm... put all of that in that little pancake and it's the perfect mix of sweet and sour! I pretty much devoured this. 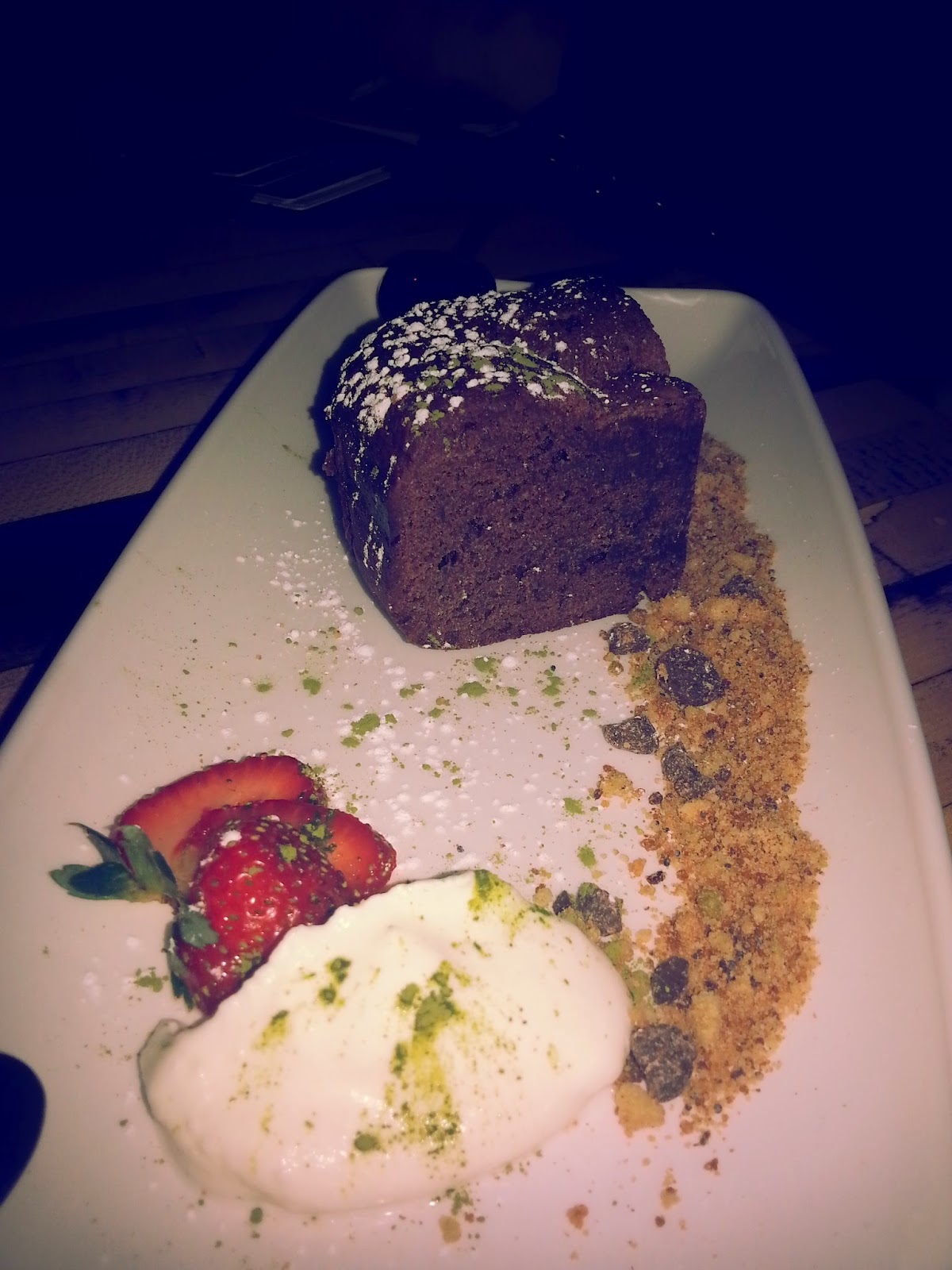 We were very full after all these dishes but were convinced to eat desert. We had the brownie, which always seems like a good idea! The brownie was a bit on the hard and dry side but mixed with whipped cream, well everything is better with whipped cream. The cream itself was supposed to be infused with green tea but we didn't really detect it.

Service was wonderful throughout the meal. Our waiter was more than present and we got visits from pretty much everyone that was working there, including the owners. One of them actually sat down with us to discuss the dishes. That was pretty cool. The ambiance at first was quite non existent but at around 7, it began to fill up so there was a good vibe in the house. We got the dishes in a timely manner, except for desert, which took quite a while. Anyhoot, courteousness  was all around and well appreciated.

A great new restaurant with very affordable dishes! I would definitely go back!