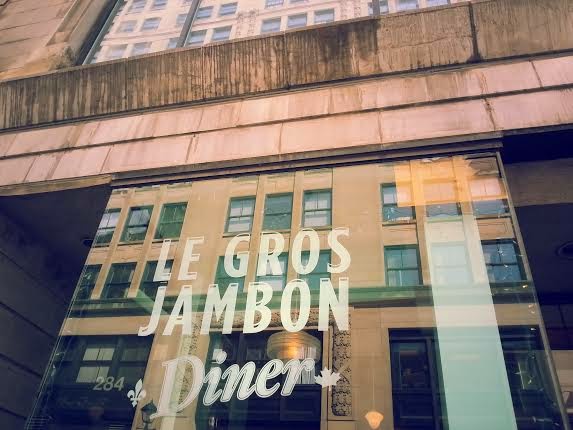 One of my faves, Mona, was in town on a layover (I have friends in high places, I know) so we had a lovely drinking night and the next morning we walked to Old Montreal to eat at Le Gros Jambon. I'd been there once and had enjoyed it so, you know, just HAD to go back!

This place is tiny: a real diner :) It only has counter seats... about 20 or so. Last time I went, we were sitting at the window counter which was excellent for people watching (one of my favorite activities!) but this time, those seats were taken. 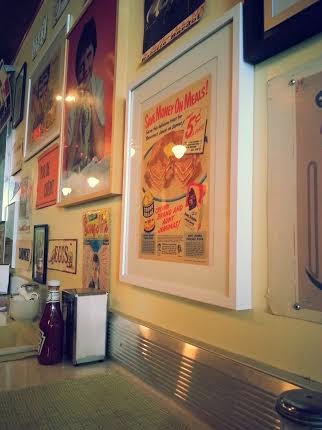 We were very warmly welcomed by the hostess and then not as warmly served by the waitress. But we'll get to that later!

Let's talk food! The brunch menu looked very fun, interesting and mouth watering. I had the fried chicken and waffles, duh. I had eaten that same breakfast at Prohibition on Monkland and had looo-hooooved it! 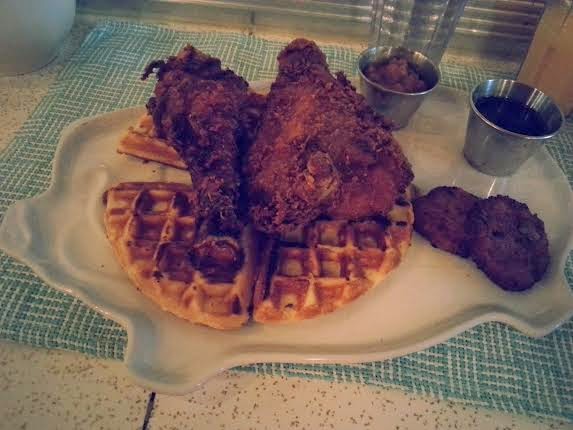 First off, kudos for the cutest freaking plate eva! So damn didelidoo fitting! The dish, not so much. Let's start with the positive things: the beans were not too salty, not too sweet and I just didn't have enough. There were also these amazing little cheese galettes with some chives in them that were a-MA-zing. Mmmmm, I'd go back just to eat those. Alright, now, the bad: the waffle was nice but not nearly crunchy enough and the chicken just seemed like it was 50% fat, 30% bone and 20% meat. It was crispy but that didn't make up for the lack of seasoning and, well, the fat! 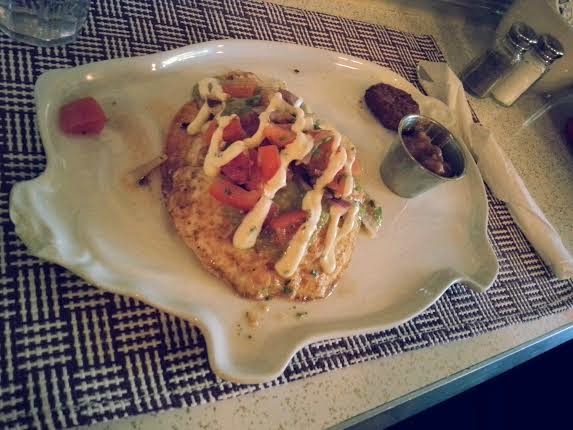 Mona had what I should have taken. Damn it. Huevos Rancheros. The tortilla was a tad annoying to cut/eat but the avocados were obviously wonderful and the salsa verde and tomatoes added a touch of freshness. The eggs were nice and not too TOO runny. I enjoyed her dish way more than mine. Grrrr. 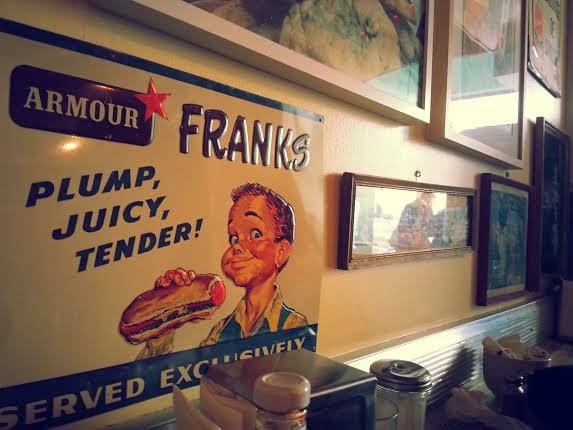 The service was nothing to write home about: our waitress seemed a bit rude and it looked like she just did not want to be there that day. Girl, I get it, we all have those days, just don't show it. GEEZ! Plus, she never came to ask us how we liked our meal. Meh.

All in all, not the best experience, though I like to think it was an isolated case and would be willing to go back in the future :)