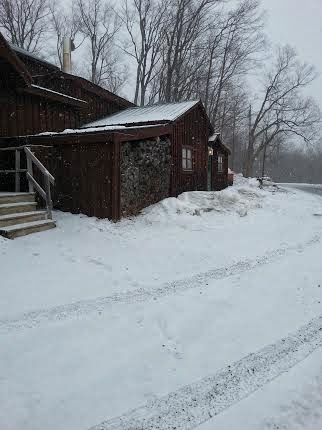 Now THIS is a real cabane à sucre (yes yes I know its called a sugar shack!): if you have to drive more than 40 minutes, if, when you get there, you have no idea where you are, and if you see deer crossing the road right in front of you.... you are going to the real thang baby!

My sister was in town for a couple days so we decided that going to a sugar shack would be fun. I hadn't been in a couple years, my sister hadn't been to a real one in at least 10 to 15 years and my mom, surprisingly enough, hadn't been in about 28 years! Whaaaaaa? We HAD to go! 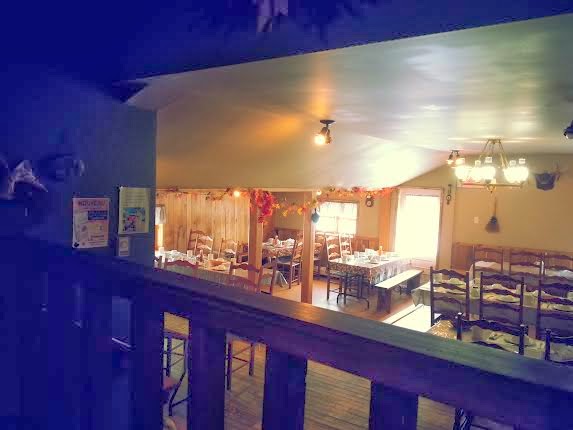 The place had two rooms for your sugar pleasure :) I'd say it can sit around 100 people in all. It was complete with plastic table cloths and fake leaves everywhere :p But you know what, it was darn tootin' homey and I likes it! 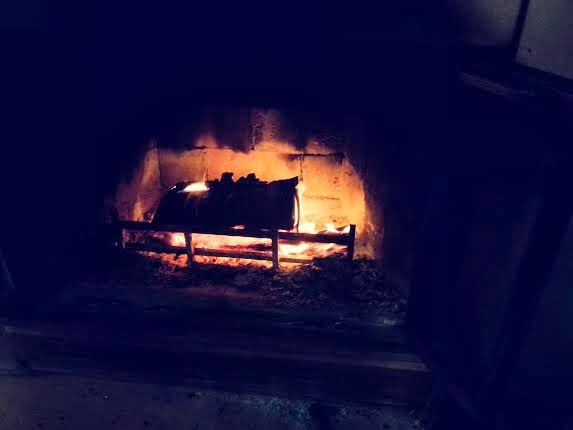 Alright, let's get down to the food because there was, as per usual à la cabane à sucre, a shiz load! 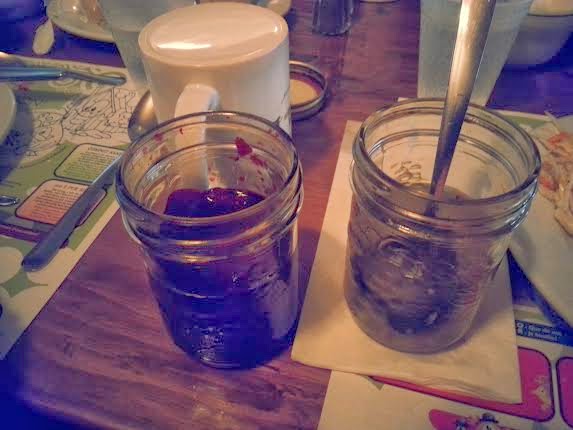 To start us off, there were cute little mason jars with marinated beets (just vinegary enough), pickles and homemade ketchup (just a touch of sweetness) on the table! YUM!!! And to top it off, there were delicious cretons that came with warm bread :) 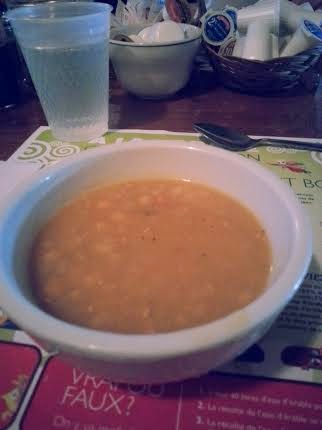 Pea soup---a cabane à sucre classic! It was good but I found that it lacked a bit in the taste department. 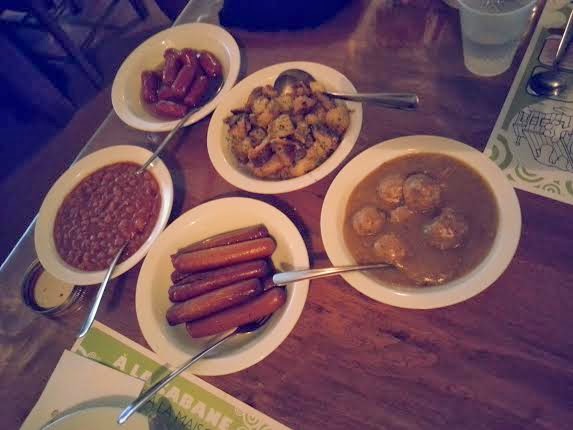 Then, our waitress (who is the daughter of the owners---à la cabane à sucre, it's all in the family!) brought us maple syrup soaked baby sausages, bigger sausages, beans (me.loves.beans) smashed potatoes and du ragoût de boulettes (I'm not even going to attempt to translate---but it's the bowl on your right).  The mini sausage in maple was surprisingly dry and, well, I ain't the tiny sausage kinda person. The bigger ones were tastier (yes, I know, here come the lesbian jokes ;p) and had more moisture! The beans were perfect... just like they should damn well be at a sugar shack! The potatoes were OK but a bit dry and didn't taste like much. The ragout de boulettes was really good, tasty, just the right amount of salt in the yummy sauce.... but there wasn't enough!!! We were 5 and I think there were 6 meatballs. Grrr. 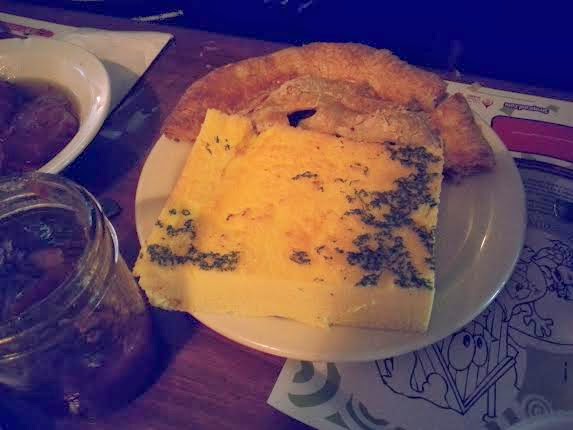 After, there was the omelet and the tourtière (meat pie). The omelet, we all could have done without. It was tasteless and... hum... square! What the what now? The tourtière was wonderful and when you added some of the ketchup it was gosh darn delicious! All the right spices were present. But, again, that omelet... WHAT were they thinking? 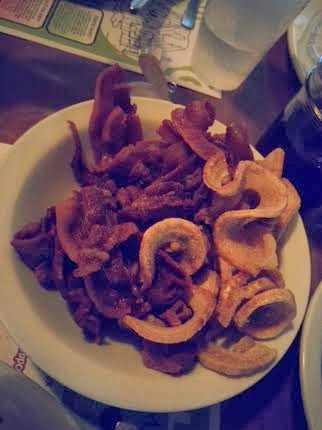 Apparently, my memories of 'oreilles de criss' were not as good as I thought because that was, well, NOT good. It was WAY too hard and unpleasant. Bah. I know what it is but it was literally like putting pure dried up fat in my mouth (which it is...http://fr.wikipedia.org/wiki/Oreille_de_crisse). The bacon was good but a tad overcooked. 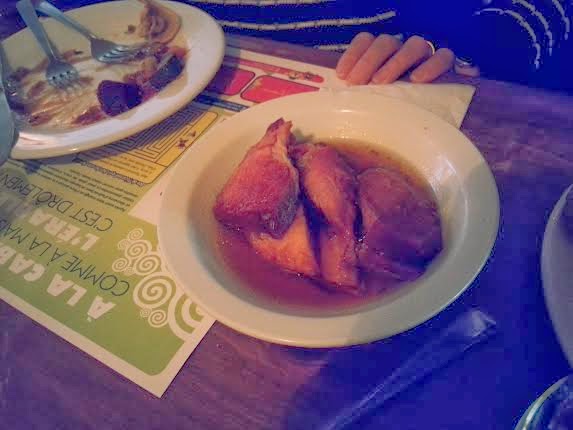 Mmmmm: ham! I loves my ham! And actually my whole family has somewhat of a ham crush. When it's done well we can eat it foreva (ex: the other day, my mom gave me some ham that she made and I proceeded to eat TWO big ass ham sandwich in 1 hour---what's WRONG with me!?). Anyway, it tasted of loveliness and maple and you could break it off with a fork! 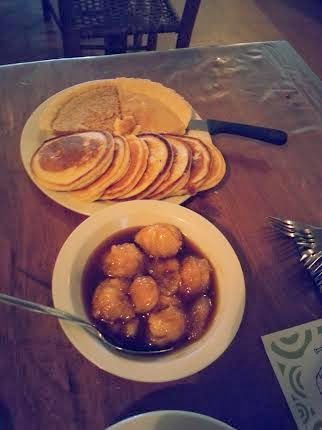 Oh it's not even close to being done, but this was the desert: Pancakes, sugar pie and maple syrup pie and 'grand-pères'. Ok, so basically, the 'grand-pères' tasted (AND felt) like raw dough. Meh. The pancakes were good but the stars were the two pies, and by looking at this picture, you can see we did NOT have enough for all 5 of us! Geez! I liked the maple syrup one better than the other because it's not every day that you get to taste that yumminess. Mmmm... it was so soft and silky and obviously had around 8000 calories in every bite. 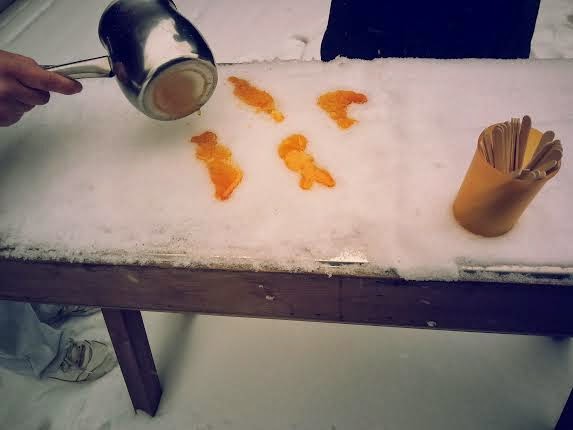 And this was the finale: de la tire d'érable (or 'maple taffy' if you prefer). Oh yes; this boiling maple syrup that hardens as soon as it hits the snow reminded me of childhood! Some opted out because they were 'too full' but I thought 'hey, what's another 600 calories'? 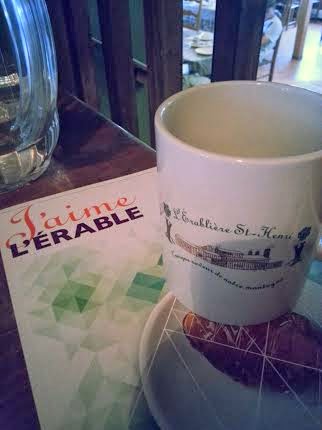 Service was good: she brought us a pitcher of water at the beginning of our meal but we did have to ask for more... And I mean, she only had two tables to care for. On the other hand, since she was the owners' daughter so she knew a bunch of stuff about maple and the making of the maple syrup and what have you so that was very cool. 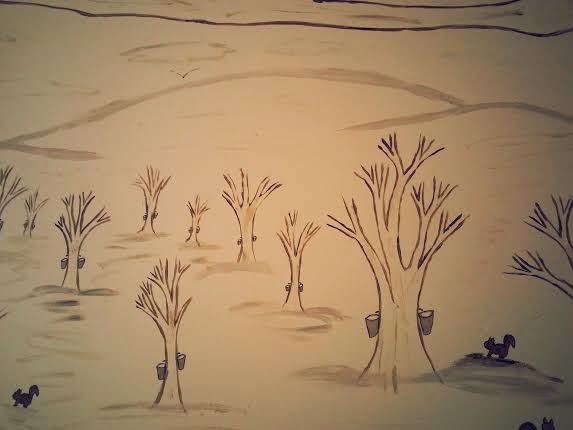 Such a fun experience! I loves me some sugar shack and this was exactly what I needed! So if you feel like you want to go to a real cabane à sucre, go to Rigaud and you're set!