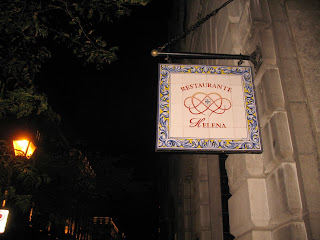 One of my good friends Lena was in town for a convention last month and I got to stay with her in her hotel room at the Westin on St-Antoine so Helena was just a hop and a skip away.

We went with her boss which meant... yay... free meal :p But seriously, it was really pleasant to meet her and REALLY nice of her to pay for me! 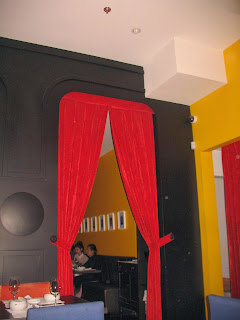 Anyhoot, we got seated right away in this very cute resto. Our waiter arrived at our table in 2,5 seconds and served us water in 3. He was very knowledgeable ( me hates stoopid waiters) and answered all the questions we had about the mneu and even suggested a bottle of wine. 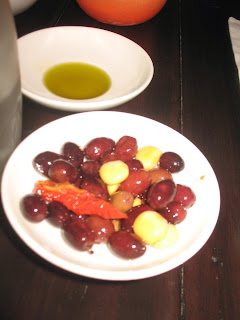 First, he brought us some olives and oil oil with some bread---> just like in Portugal (ah...Portugal!). Also, fava beans!Yum! He suggested we have the tapas menu for three... and that's exactly what we had!

We started off with the bread and chorizo butter. Miam!!! The butter wa not over powering and the olive oil was just nice! 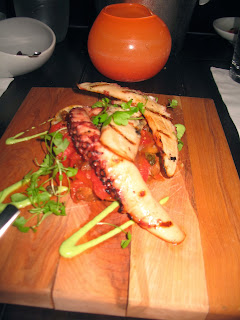 Then we had the octopus. Hello, octopus! Seriously, the first octopus EVER that I ate and did not go EW! It wan't squishy like most I've eaten. It was just right! It had a nice char on it and it was actually very tender! 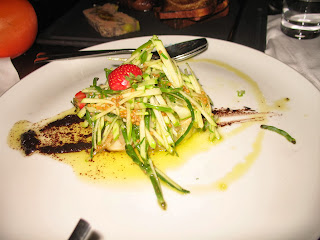 After that, aperagus with St-George cheese. Looked quite fancy, all shaved and stuff (and no... I won't make a 'shaved' joke here... ;p ). They were well charred and the almonds on top added a nice crunch! 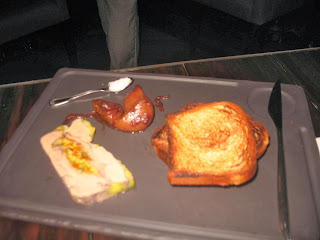 After that, there was... wait for it... foie gras. Well hellooooo there! It was very silky and soft but the fig that was accompanying it was a bit grainy. Also, we wished that there had been more toasts! 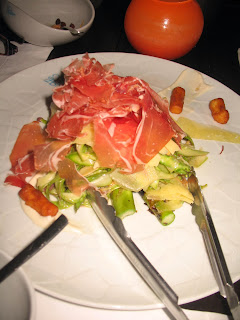 The next one was cured meat with peas and aparagus. It was a bit on the salty side but still very delicious!!! 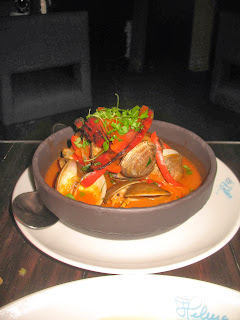 The clams and chorizo was a bit on the salty side and a tad squishy unfotunately but still quite didelidam delicious! 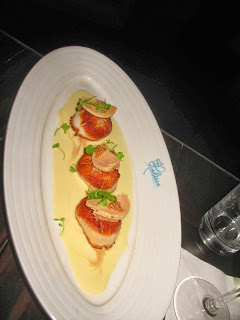 The scallops were good, but cold :( Grrrrr! I hates me some cold food that should be hot! Parsley added a nice touch of flavor and the thick silky sauce was amazing! 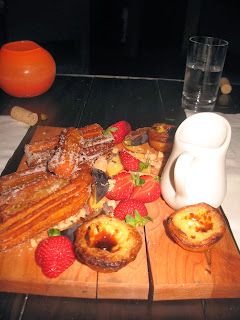 Our desert reminded me so much of Portugal, its A-MA-ZING! First of all, hello pasteis de nata!!! They were even BETTER than IN Portugal (I swear!). The churros were awesome and flaky... but the figues, again, kind of disappointed.

The service was wonderful throughout the meal. Our waiter was very present and seemed to always be there when we needed him! Water? Check! Wine? Check! We even ordered a second bottle.

Oh man, now I remember the octopus and clams & chorizo... it was all really delicious, and not just because someone else took the bill the one time I went! The pasteis de natas and churros look like a great way to end the meal, but we didn't have room for dessert. Next time!