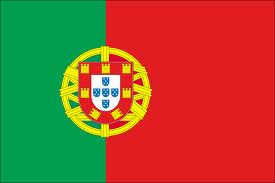 Ze wife and I had been meaning to eat there for a loooong time and we finally ate there on Saturday. Correction: we ordered to take out, therefore in this review I will only be scoring the food and not the service. It had been a long time coming and it's about a block away so we were long overdue.

I was the one to go get the food---the wife was comfy on the couch---but in her defense, she hadn't slept much that night! Anyhoot, as soon as you open the door, the smells enter your nostrils and you're in Portugal. Ah, Portugal, how I miss thee! You immediately see the 'kitchen' which is out in the open and maybe shouldn't: stuff haphazardly stored everywhere, NO SINK (oh goodness, my profs would have a fit!), and a garbage bag left on the floor, in the middle of it all. Oh god! As I tried to take this out of my mind, I looked at the menu. It's been photocopied and put into this binder type thing and is not user friendly at all. As I tried to decode this menu, I noticed that Virgin Radio was blasting and I was a tad disappointed that it wasn't Portuguese music :(

I chose the sardines (with rice) and the chicken (with fries). I also took a sumol because let's face it, I just HAD to remind myself even more of our Portugal trip! The whole thing cost about 34$. This restaurant was once in the 'Cheap thrills' book (a book of restaurants that offer a meal for 15$ and under) and I found that it was juuust making it (I guess the sumol was not part of this) and restomontreal.ca mentions that you can get a meal for 25 to 30$. A bit too much for this restaurant. I think they should review their... reviews!

FOOD! I was told it was going to take about 30 minutes for the sardines and the rice which was fine, I just went back home and came back. When I arrived home, and we ate, it was like we were back in Lisboa, in this tavern type restaurant with only 2 choices on the menu (fish or meat) and there was this one dude in this enclosed grill 'cabana' type thing. Point is it was really good!!! The chicken had nice spices, although the breast was a tad dry but the juicy wings made up for it. The sardines were delicious, not too salty, with a little gremolata (garlic and herbs) on top and with perfectly crisped skin. Obviously the bones were still in there so be careful with that!!! Wouldn't be too pleasant to swallow those!

The salad that came with our meal had really REALLY long pieces of lettuce which made it hard for us to eat. Would have been nice if they'd think of cutting it! I also think there was too much salad (ratio was poor) but ze wife ate it all and didn't think like me. The rice was well cooked, with some veggies in there, but again, there was a bit too much of it. Lastly, the fries. They were damn good, if I may say so! Very crispy and delicious.

Obviously, the fact that just a month ago, we were eating this in Portugal helped the experience but this is a great little restaurant!