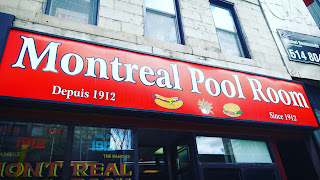 It was time for lunch with ma Jer bear again and he suggested Montreal Pool Room, 'Montreal's classy greasy goodness'. I am not a HUGE fan of the whole pataterie craze, but as he said, they were the FIRST one in Montreal, opened since 1912! Dang! It was definitely worth the go then! I was convinced in 2.5 minutes.

Montreal Pool Room has how many pool tables, you ask? Zero. None. Nil. Apparently they used to have some in the good ol' days but those days are long gone and they kept the name. As soon as you enter, you KNOW they've been there for a while. And you KNOW you'll get a good dog. Yes, I'm so cool that I call a 'hot dog', a 'dog' now. 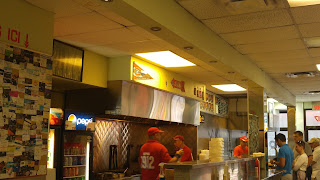 This place looks uber popular amongst everyone, of every age. Old guys that used to go there with their parents in 1945, teens that are hanging out near that corner, middle-aged adults, and I'm sure you'll see some prostitutes and strippers at some point during the day/night! It has lovely pastel walls with frames that have been there for a long while, maybe since forever even. Maybe since the dawn of time, who knows. 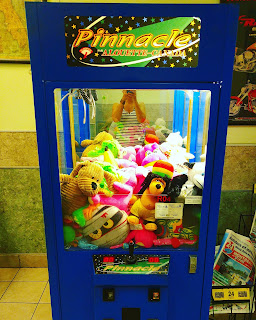 I think the coolest thing there was THE CLAW!!! You know, like in Toy Story! What? I like a good kids' movie, ok? 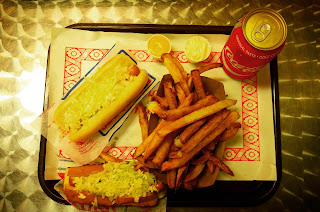 I had one hot dog steamé because I damn had to, and also because when I told Jer I was gonna have two grilled and he judged me with his eyes first and then he judged me verbally. SO, I had one grilled, one steamé and some French fries. Well, they were the best hot dogs I've had in a long time. The grilled one was nice and crunchy and the steamé one, dare I say it, was nice and steamy. The fries were really perfect, especially when we added paprika (didn't know that was a thing!) and a bit of vinegar! The onion rings that Jer bear had were crunchy and onion-ring-perfection but there weren't enough, I found. We saw some men that were obviously regulars that would put a fry or two right ON their hot dog. Hum. Obviously, we had to try it. And I think this should be on the menu. Or, you know, you can just take a fry, add a fry :p

Service was grumpy, but I expected nothing less. Just crack a little smile, will ya? No? Oh, okay.

I've tried it and now we can move on to another restaurant :)