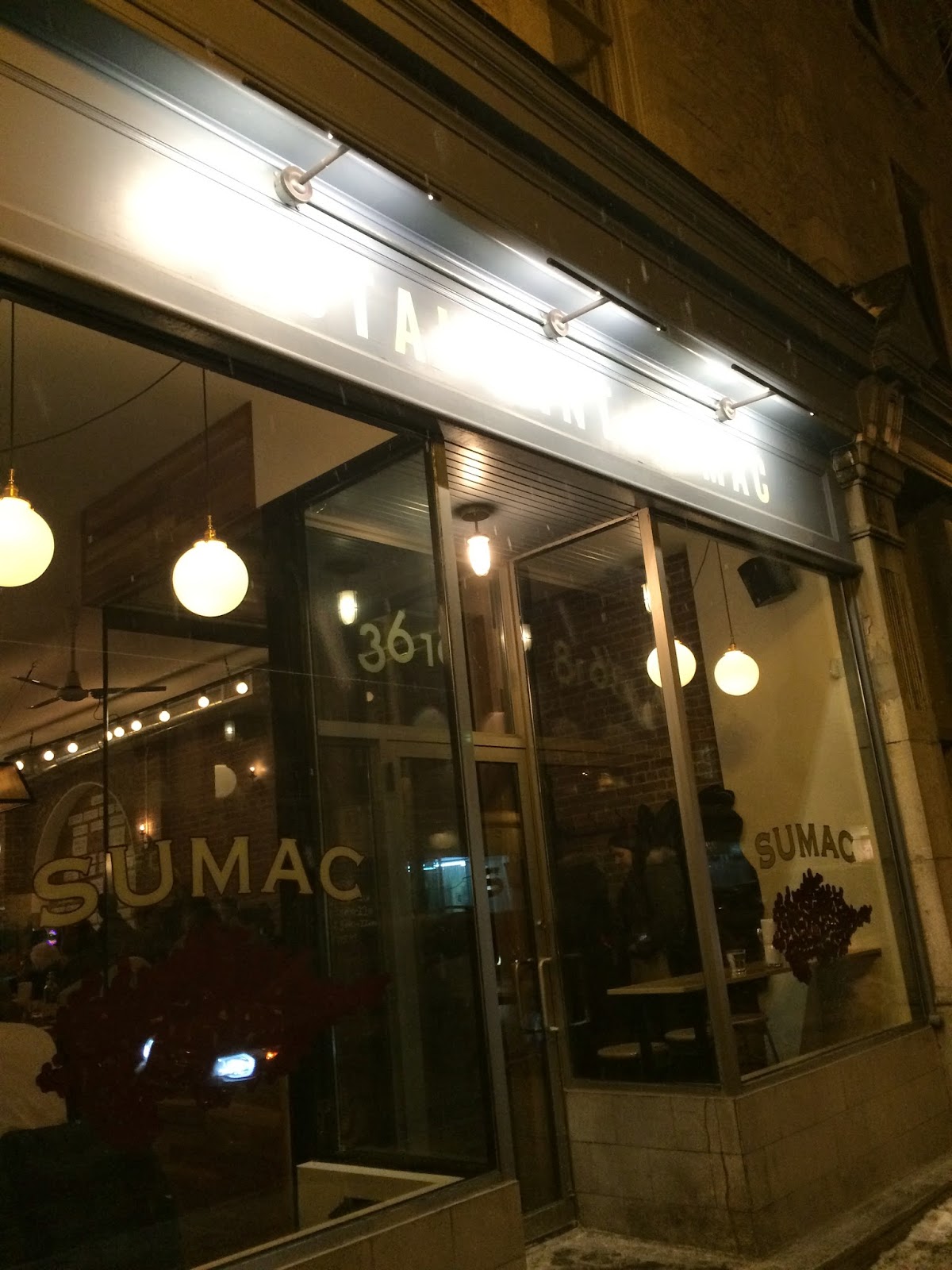 Last week, I was feeling rich. Oh-so-rich! I had booked my Via1 ticket and felt on top of the wooooorld. And then I realized that the reason I felt so rich was that I hadn't been to a restaurant in a while! This had to be fixed: I decided to try Sumac. My super friend Lea had tried it the week prior and oh so wanted to go again so I had my resto partner! Yay!

This middle-eastern restaurant seemed very inviting. OK so I was kind of comparing it to a restaurant that is 100% better than Amir. Don't get me wrong, I love some Amir here and there but this... this! Basically... no comparison! At all! 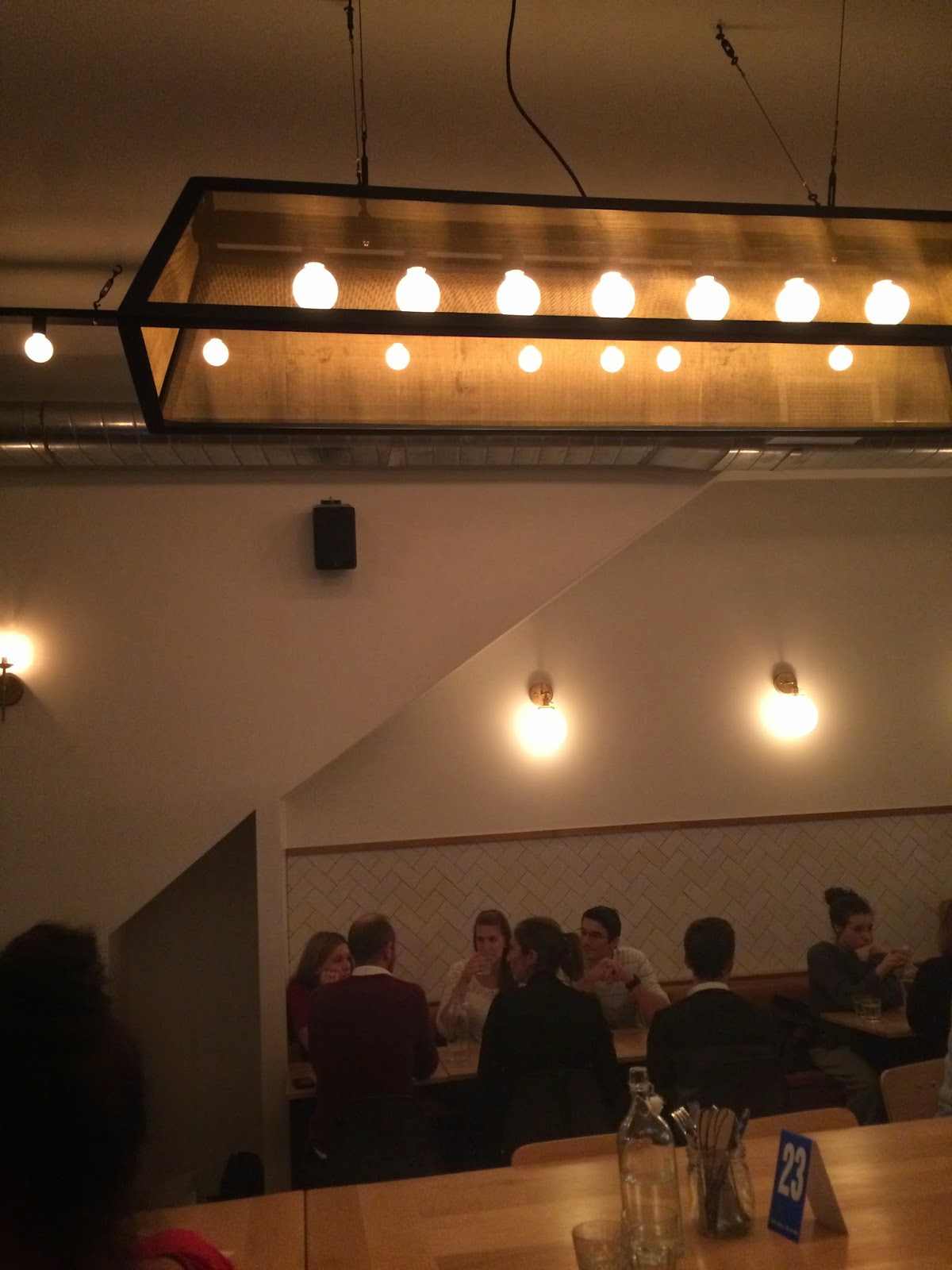 The place itself is very white and pale wood, loft-ish, open kitchen at the back, lots of movement.  And, on top of it, they were playing Livin' On a Prayer by Bon Jovi! Hellllooooo!

The thang is that you get in and get in line. Some peeps pass by and give you numbers (for your order) and a table. After you order, you go to your table and wait for the marvellousness to arrive. 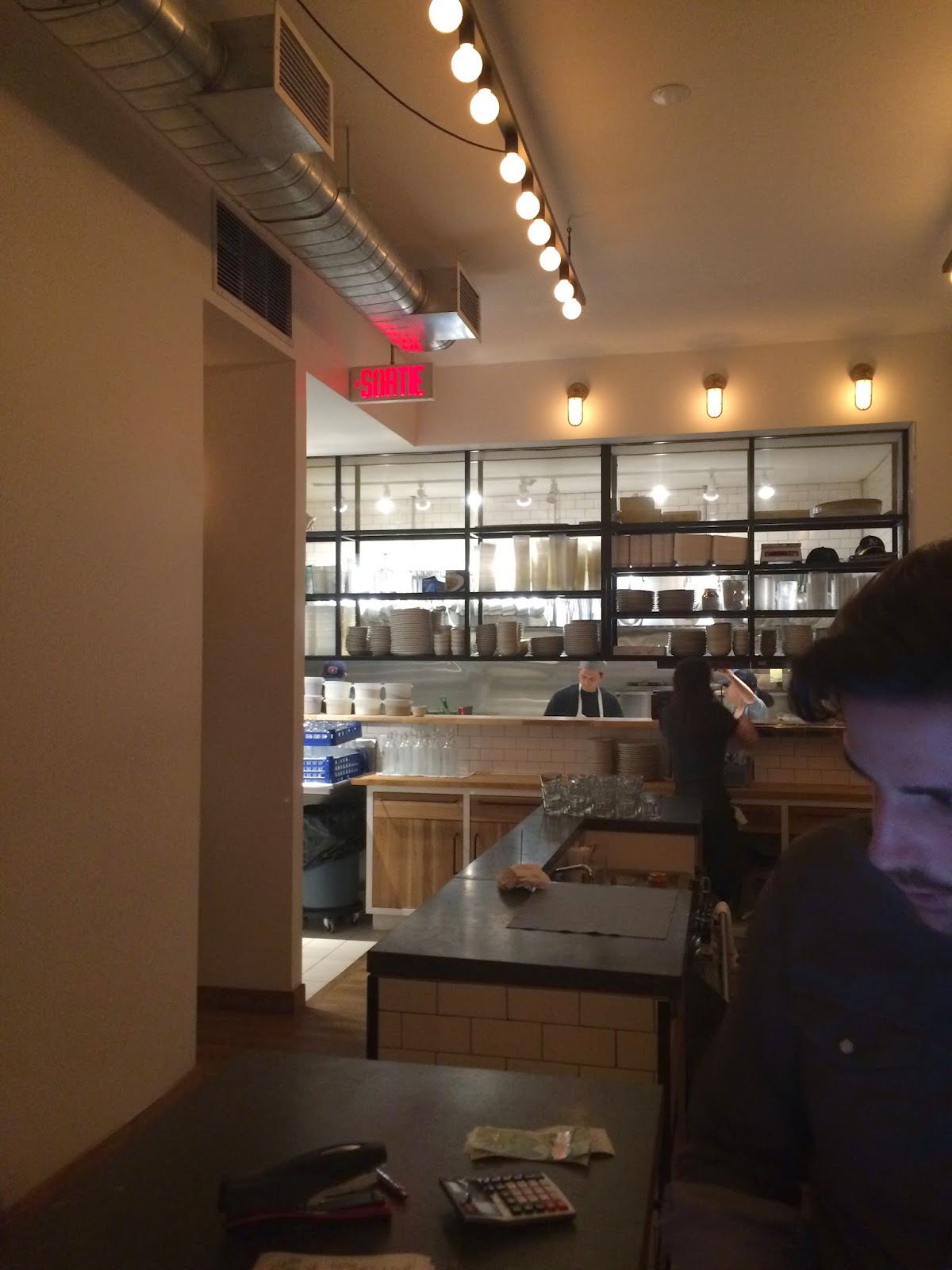 Oh and it did (can you tell I like this place?) 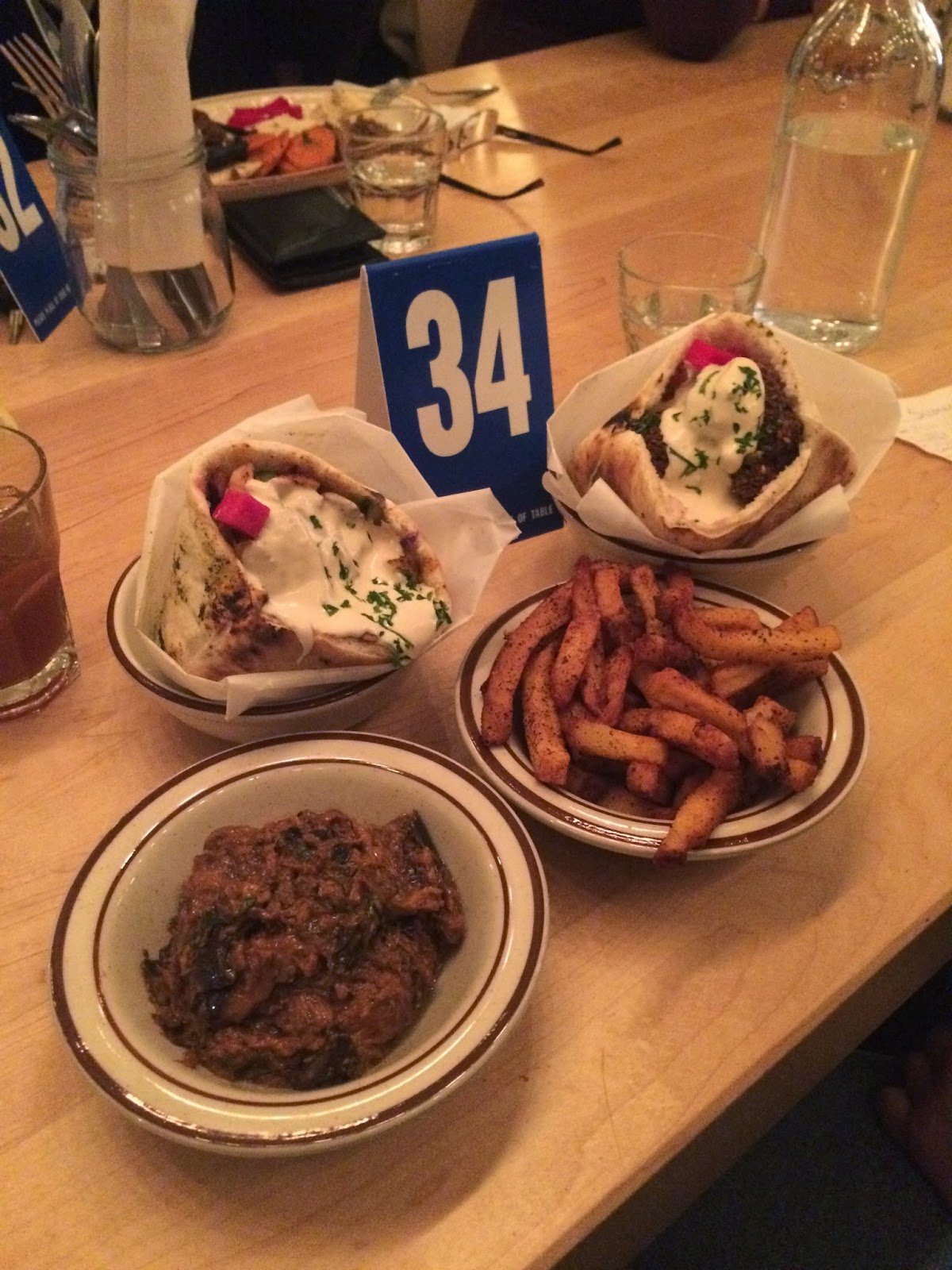 The yumminess. I don't care if you fight me on this, 'yumminess' IS a word. I had the Sumac fries and the falafel sandwich and Lea had the baba ghanouj and the chicken shawarma.The bread was fluffy and moist, and there was a perfect mix of textures in there: crunchy, soft, and down right good. The fries were a tad spicy and lemony (sumac is known to be lemony) and oh so good AND totally worth that measly 4$. The baba ghanouj was tasty and smooth. Although it seemed a bit slimy at times, it was still very good. My falafel was wonderful: so many veggies in there, and great falafel balls!  Not dry at all, very tasty, although a bit too crunchy at times, it was nice to have somewhat of a contrast in there.  Plus, as you eat it, because of the bread, the sandwich stays together! The shawarma also had some nice veggies in there and the chicken was so tender and wonderful! You could taste a bit of cinnamon in there which was great! Their sandwiches were so big that when I went to take a bite, my nose dipped in the sauce. Hehehe.

Service was good. Although our waitress AND what seemed like the maitre-d' sih guy forgot some things we asked for (and later got from the 2nd waitress), everything else was on point. We got our food and drinks fast and our water even faster. All in all, great service. the only thing that's not going to work in the end; getting in line and being assigned a table and then ordering and THEN sitting down. It was quite unpleasant to have a line-up behind us for half of our meal, with some pushing and shoving. This won't last, but this restaurant will.

I will definitely go back 100% to share this wonderful experience with all my friends (all of em, I swear!)!