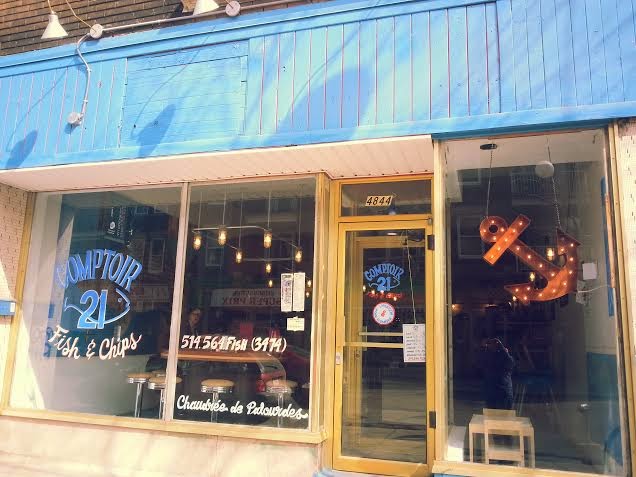 My fun activity recently has been walking on Wellington and finding a nice, good tasting restaurant! And oh did I ever find that last week at Comptoir 21!

This is the third Comptoir 21 in Montreal and it's a great freaking thang that they opened one on Wellington, I tells ya! And it opened just recently! OH, and the last for digits of their phone number? FISH! What what! 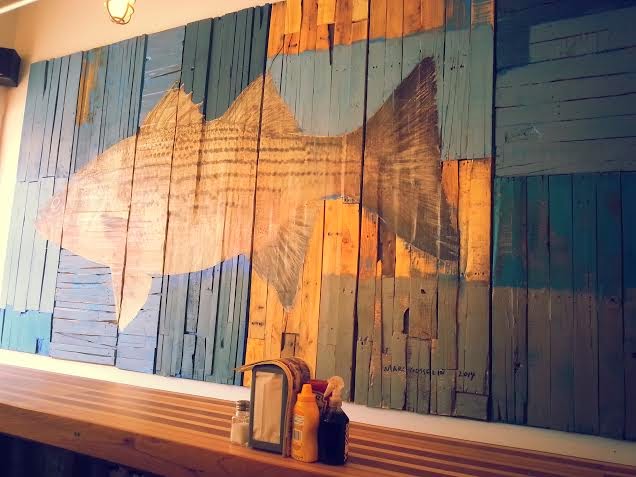 This restaurant has a big 'U' shaped counter so that the waiter can be in the middle for easy serving. It's decorated very simply with a huge fish on the wall made by an artist in 2013 and some fishies on the wall. I personally don't think they are taking full advantage of the space they have, half of it not having any tables... I mean... there's an opportunity there to make more money people! 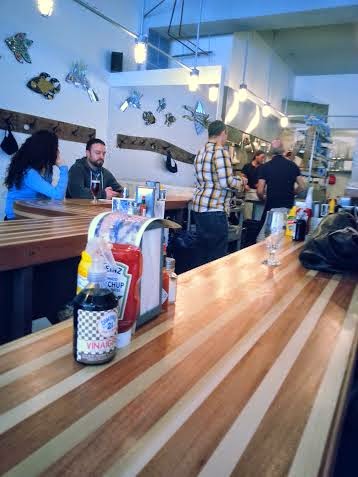 Alright, so the chairs are a tad uncomfortable... I couldn't rest my feet on anything so my legs were basically hanging. You know, being short and shtuff!

Anyhoot, I asked the waiter what I should order to get the 'real experience' and he said fish n' chips. So I took the 'small portion' (there's also a bigger portion but gosh darn it, I can't imagine what it could look like because my small one looked--and felt-- like a gigantic one!). 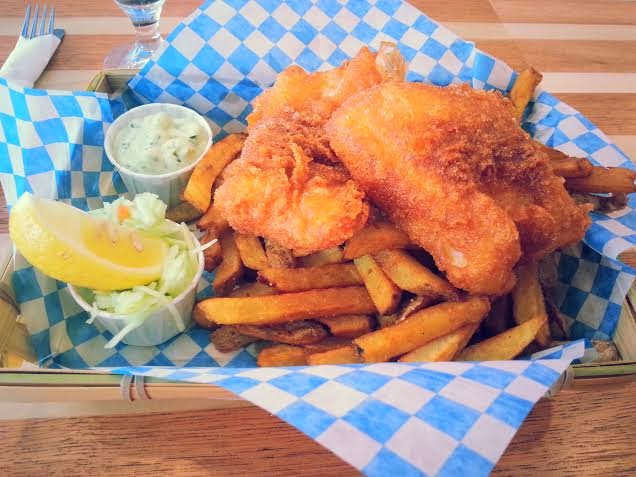 So, small portion of fish n' chips it was! It comes with homemade fries, homemade tartar sauce and homemade coleslaw. Let's start with the coleslaw! One of the best I've had: it had just the right amount of vinegar. The sauce was seriously like a burst of freaking goodness in my mouth! YUM! And it was just your basic relish and mayo but it tasted like so much more! The fries were crunchy but could have been crunchier. And now, the fish. Ah, the fish (cod). HOLY BEJESUS!!!!! Hands down, the best fried fish I've EVER had! Oh, I'm not even kidding! The batter became just crispy enough and the fish was so moist (lord, I hate that word!). Ah maaaaaaaaaaaaaan! I never have these but I can safely say this was my first fishgasm ;) I just wanted more! And the lemon added just the acidity needed. 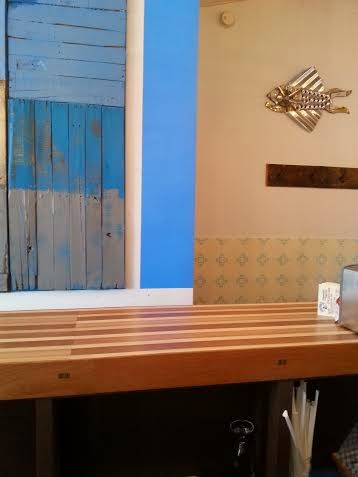 Service was great. Glass of water was always full and service was prompt. Plus, the waiter came to check if all was good. The only thing that bugged me was that when I told the waiter that this was the greatest fried fish I'd ever had, he said something like 'well duh, that's why we have three restaurants'. Geez, cocky much?

Well, my legs were numb by the end of lunch but if you like fish n' chips, this is a MUST!

You didn't say how much your meal cost?