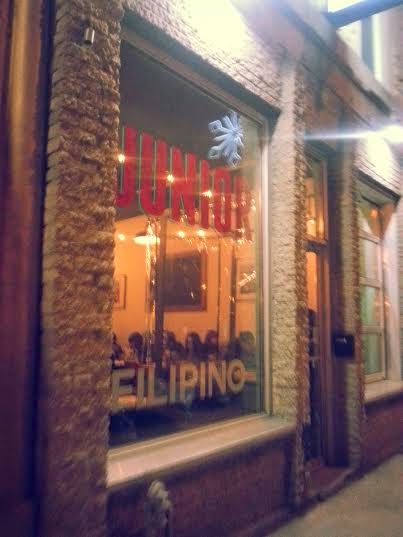 A new restaurant opened a couple months ago near my restaurant (yes, it's mine...all miiiiine!) and the owner kept on coming for sushi and telling us about this place so we were bound to go at some point. Tonight, I went with my partner in crime, Val, thinking hey, we're gonna have a good Filipino dinner (and there are just a handful of Filipino restaurants in MTL...) in a cute little place.  Mmmmya, we were wrong. 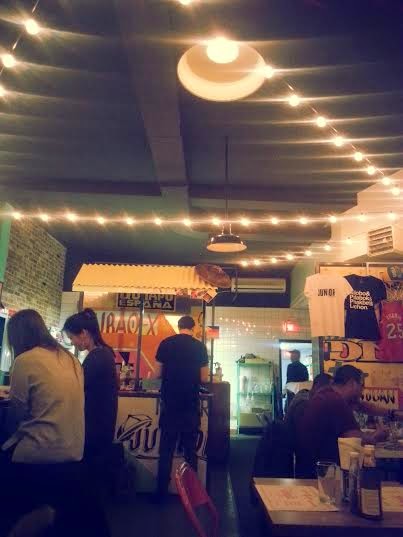 The place itself, we weren't wrong about: it's very cute, with vibrant colours, tiny, about 40 seats, complete with a very good vibe and ambiance. It's kind of like being in your living room with some strangers.

I got there and 5 minutes later, we ordered and 2 minutes after that, I got my wine glass. So far, so good. 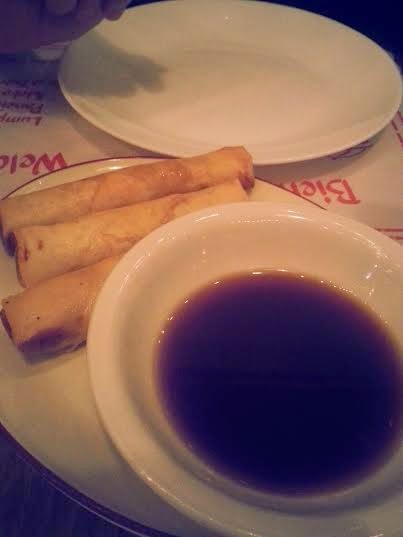 Lumpia: pork and veggie rolls. Nothing exceptional at all. Even the sauce needed adjustments so we added Suka Pinakurat sauce which is a hot and sweet chili sauce and then it was just too vinegary. Pffff. This was a fail. A fail that cost us 7$. 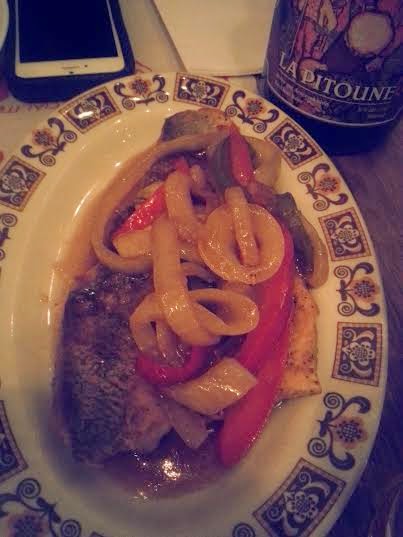 This fish literally tasted like, hum, what's the word I'm looking for? Nothing. The onions and peppers were good but could not save the dish. 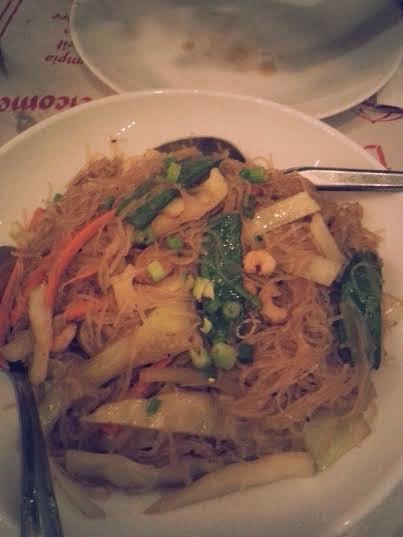 Seriously, I don't even feel like talking about this dish. Vermicelli that was overcooked with tiny (and when I say tiny, I mean tiny) shrimp and some veggies. When I say I could not detect  any flavor in there, I'm right. No, you KNOW I'm right. We had to drench it in relatively hot sauce for it to taste like anythin'. 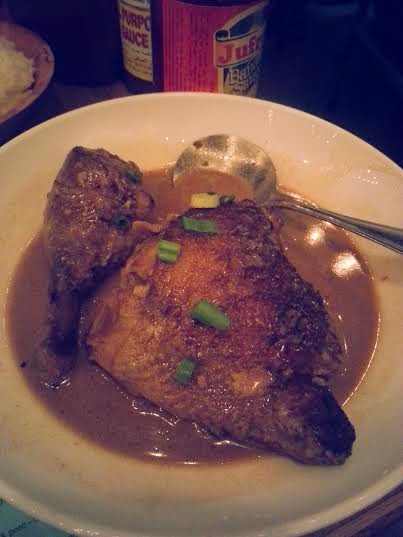 Adobo chicken with lemongrass. I could detect a bit of taste but not nearly as much as I wanted. If I hadn't known there was lemongrass in there, I could not have tasted it. At least the chicken was moist and the broth not too salty.

We also ordered some rice, do NOT ask me why. It was very blend and way too pasty.

Service was alright. I think I was more preoccupied with the lacking aspects in the food to even notice most of the service. I mean, we got some water, they asked if we wanted a second drink, they gave us food. It did take a while to get the bill. And when you want to really leave, you want your bill quickly god damn it!

I'm gonna say something very wise right about now: I will not go back.