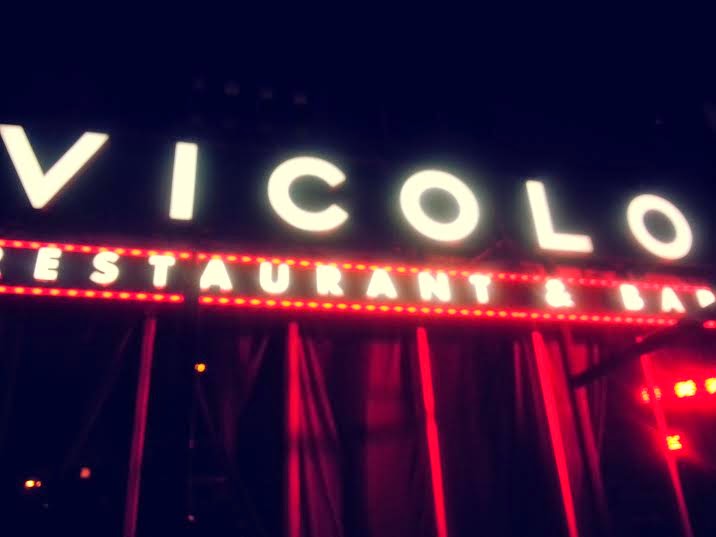 Like Rachel in Friends once said: 'I think there was a restaurant... I know there was wine.'


I was invited to try a new Italian restaurant called Vicolo a couple weeks ago! And everyone knows that getting invited by Jillian Zrihen of Tracy Brooke PR means one thing: it'll be a party! And a partay it was, but I'll get to that later!

First off, I just want to mention how ridunculous it is (really!) to have an opening on a weekday evening. Why? This only means I'll get to work hungover the next day. I mean, make it a Friday, and then I don't care what I look like or how dizzy I am the next morning :p 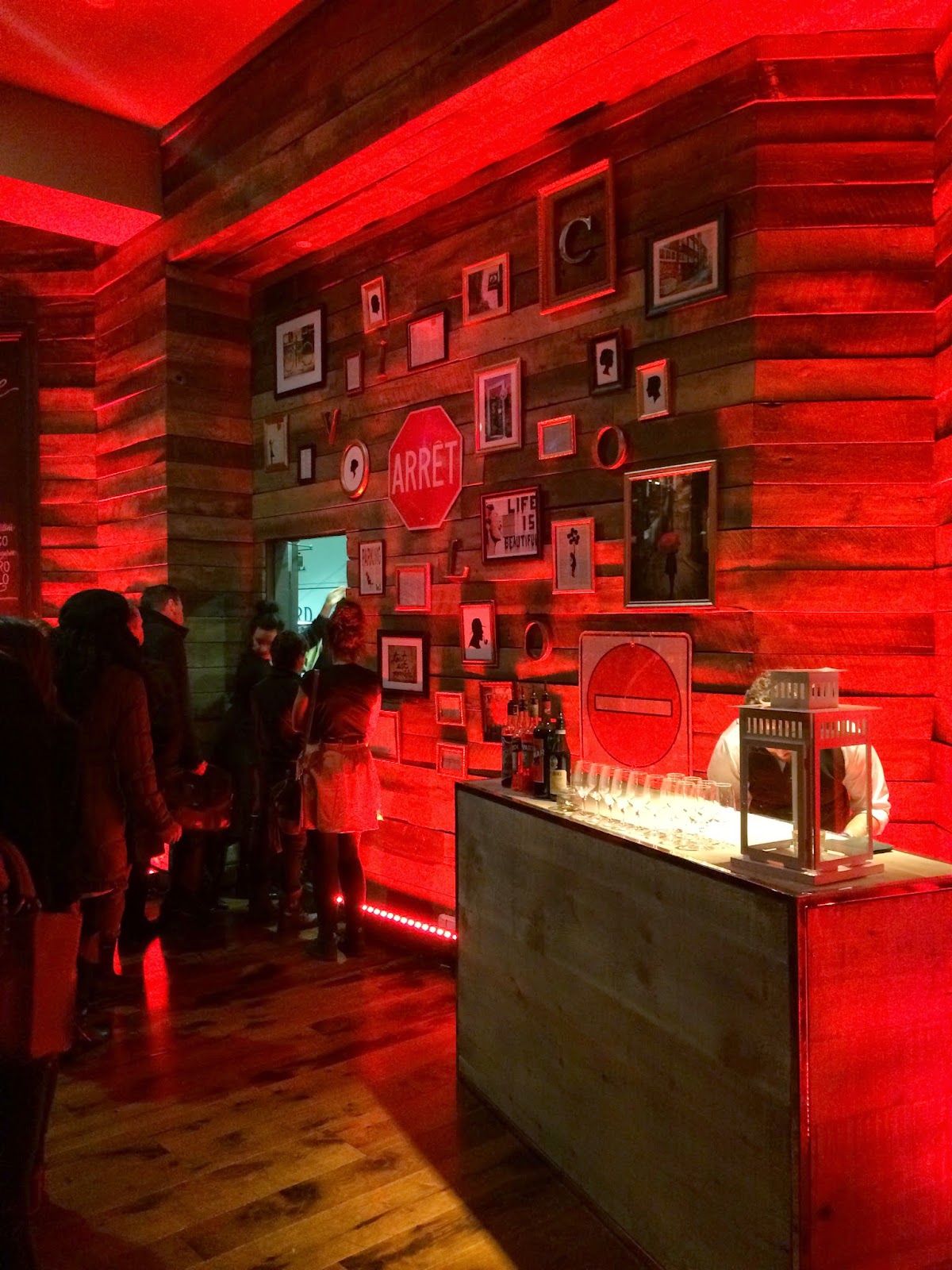 We were welcomed by all smiles and DJ Abeille Gélinas, who has been at all the openings of recent. Good vibes and good people! We waited a couple minutes to give our coats and then, we were off upstairs to the dining and bar area. The place looks really good, with leather booths and lots of wood on the walls. There was also a huge bar, which is always important! Hehehe. 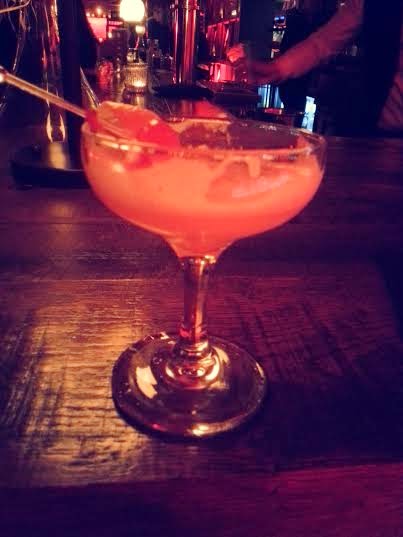 We obviously (uh, duh!) headed straight for the bar because I just knew it was going to fill up real quick. We had their signature cocktail of the evening, Il Vicolo, which is gin, blood orange, lemon, egg whites, orange flower water and soda. It was...alright. Not really my cup-o-tea (or my cup-o-gin?) Too gin-y for me. I mean, I can handle too vodka-y or too rum-y but too gin-y? Nah.

OK, so basically, the evening was to be composed of free drinks, free food (tiny versions of  their plates) being passed around by waiters, a tiny cheese, bread and meat buffet type thang and a pizza etc table. That pizza etc table was really diddly damn good!

Alrighty, let's talk food, shall we? 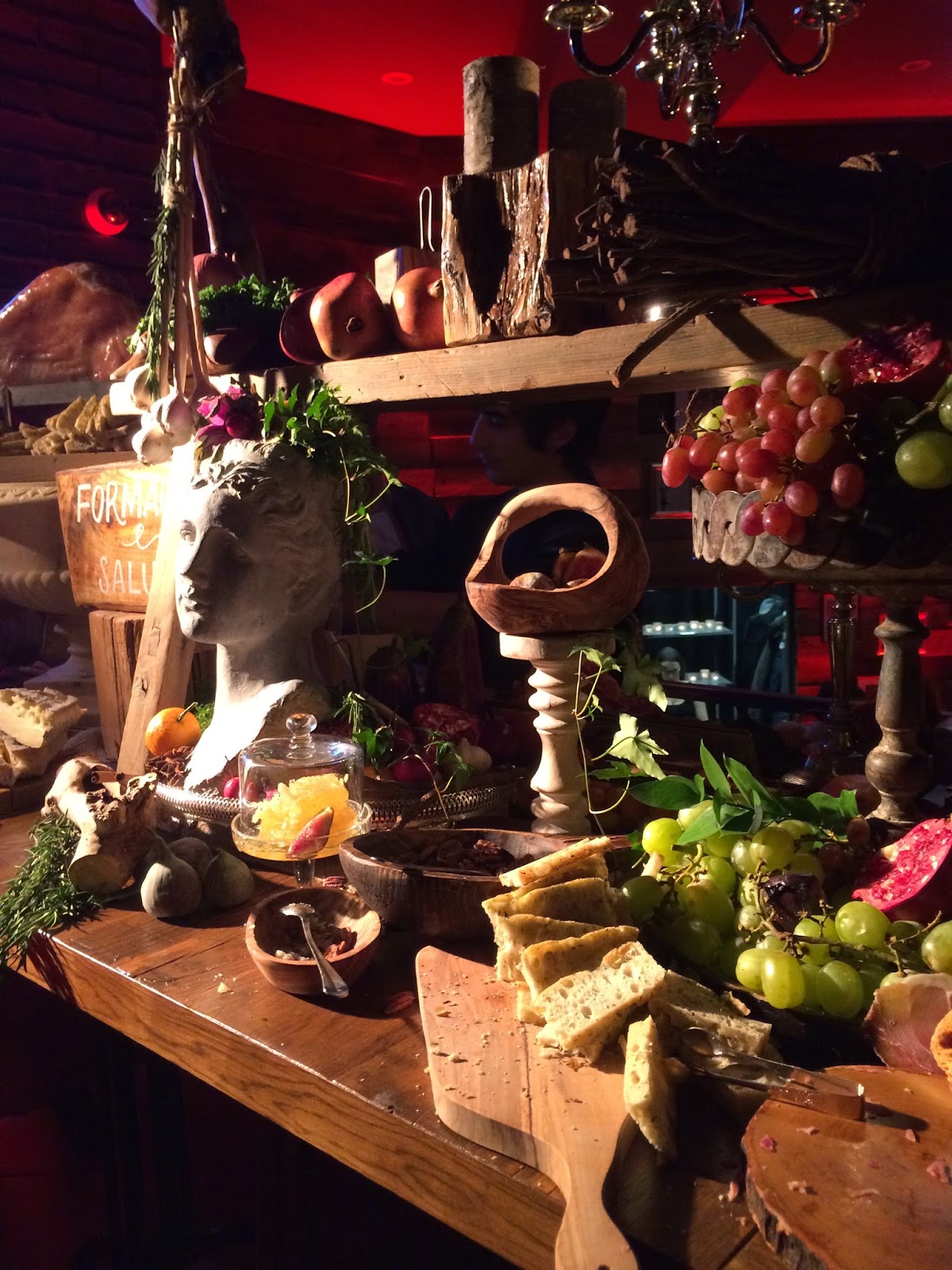 The cheese, bread and sausagy buffet. It looked really good! It looked so good that I wanted to put everything in my mouth at once, but let's face it, my mouth is way too small :p The olives were, what's the word, oh-so-good! Mmmmmm, they pretty much melted right in my mouth (yes, apparently olives can melt). Some bread was a tad too hard but some was soft and yummy! Same with the cheese, some was soft and tasty and others were on the harder side, but good nevertheless. The only thing that really disappointed me were the little sausages wrapped oh so carefully in paper: they were so hard, I thought I was going to break a 5th tooth (mmmmya, I don't have the best teeth). Plus, my guest, Lea, found them way too spicy. 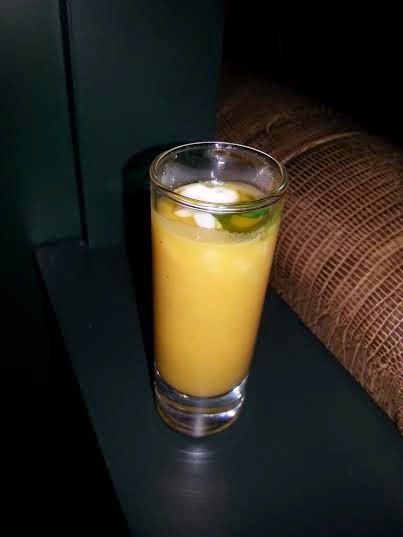 First thing that was offered to us by the waiters was this butternut creamy goodness heavenly thang. It was hot, which is not the norm when soup is served, especially during an opening, and so soft and unctions! I could have eaten about 11 of those. Just because. 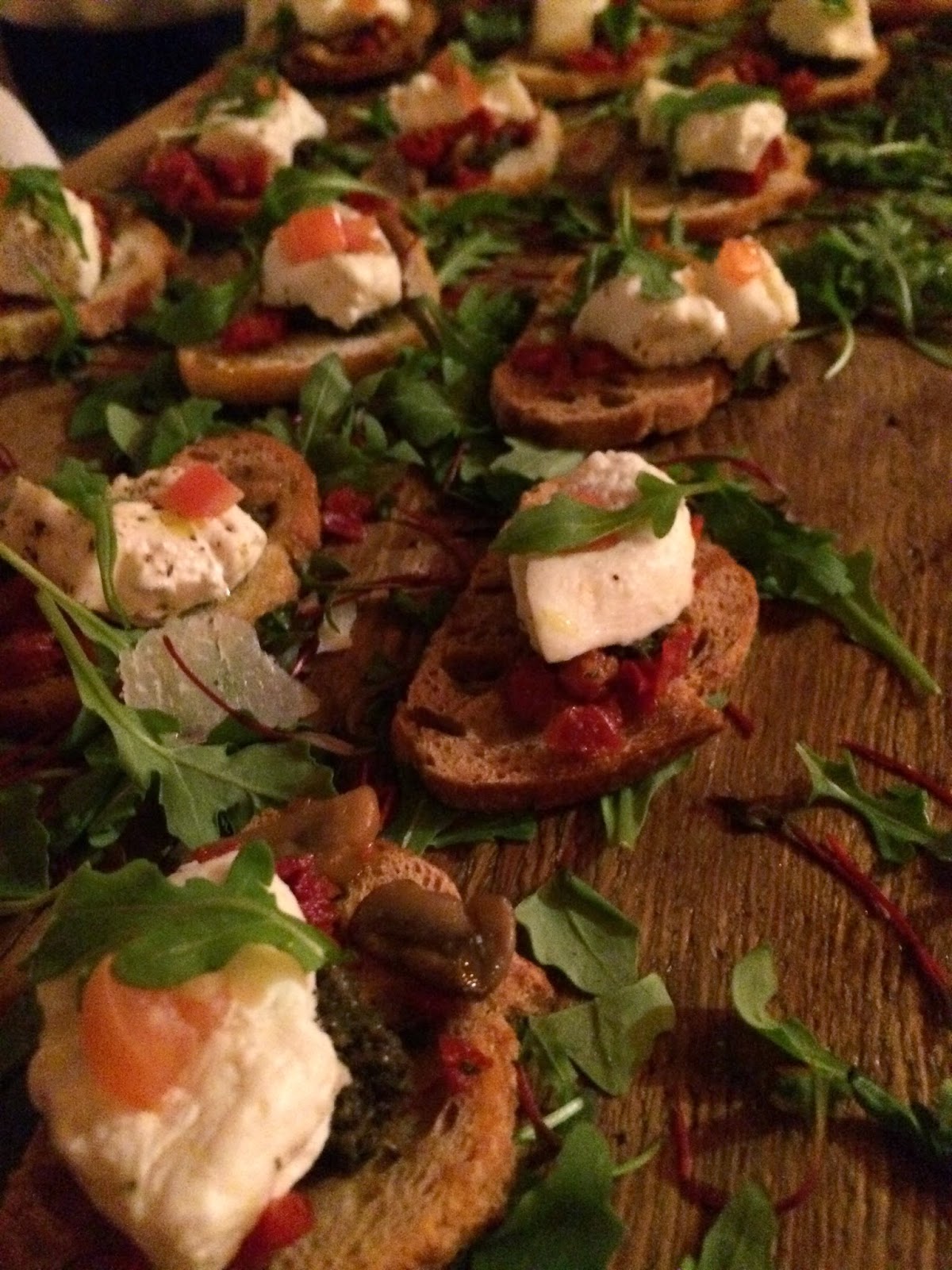 This was a hit! Burrata atop an olive tapenade and crushed tomatoes on a crouton. The crouton wasn't too hard, the cheese was just lovely and surprisingly, the olives weren't salty at all. As I said, a hit! 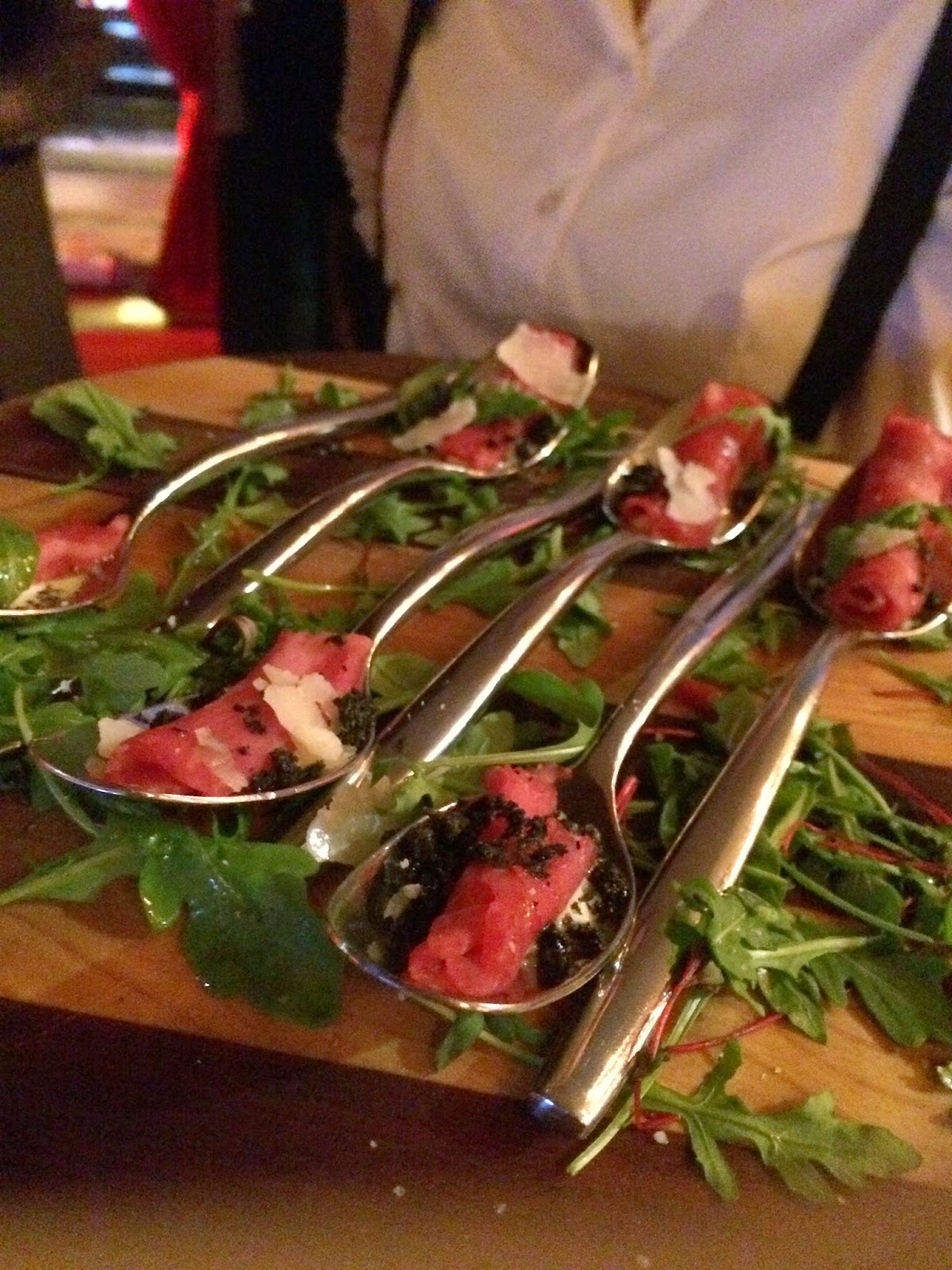 This was also wonderful! Beef carpaccio with fleur de sel, parmesan, and truffle oil. I thought, like in many cases, that the oil was going to overpower the dish but it just added what was needed to complete it. The beef melted in your mouth and it was just goodness all around. 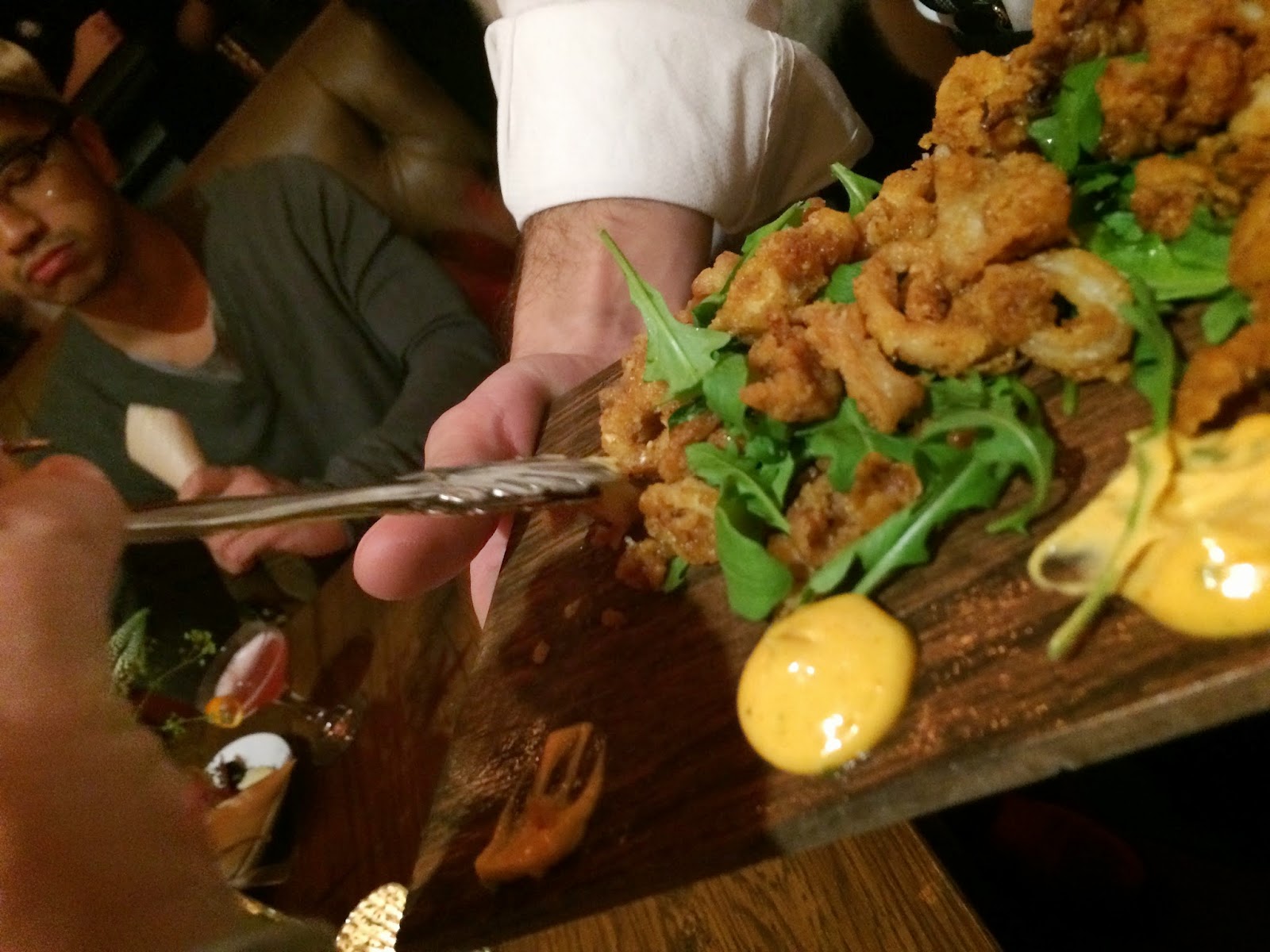 Ze calamari. Not squishy, thank the looooord! They were rather crunchy with a nice little mayo. Very pleasant! 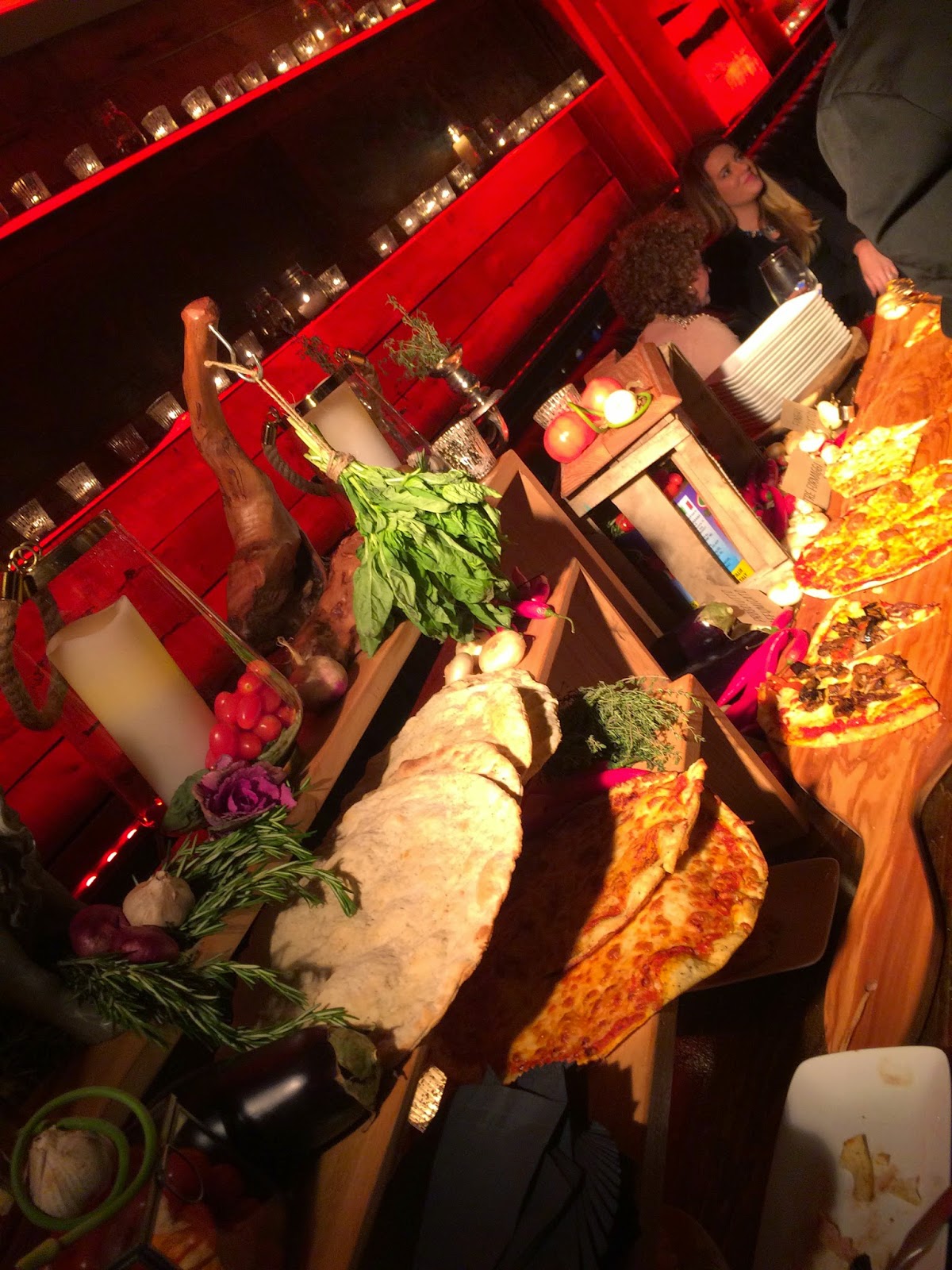 The pizza bar! I think we hung out next to it for at least half an hour, just eating our way through every single pizza. There were meaty pizzas and one mushroom pizza which was to dssssiiiieee for! All were thin crusted and wonderful and oh-so-cheesy! And I don't say that lightly because I AM a pizza enthusiast.

We also tried their mushroom risotto with a bit of parsley. It was nice and creamy but a bit too hard for my taste (FYI: risotto is not supposed to be soft, it's actually supposed to have some crunch to it). 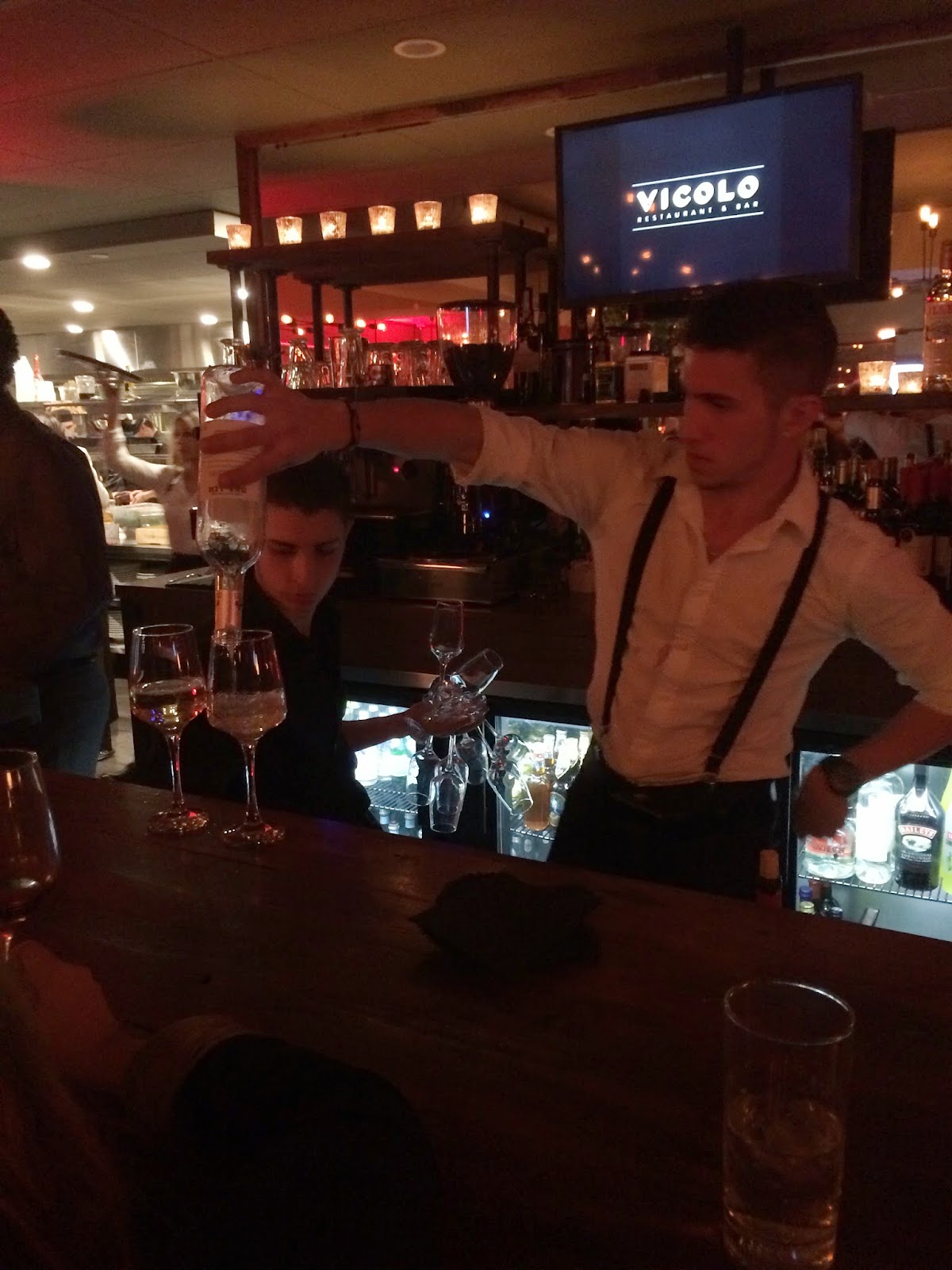 Now, for the service! Seeing as the place was full or 'plein à craquer' as we say, service was actually on par (and the door dudes were really cool---I even gave one of them a plate of goodies :) There was a huge agglomeration at the bar and they were quite fast giving out drinks! At some point though, they stopped giving out free drinks :( That's alright, we became fast friends with the drunkered owner, so we paid for half of our future drinks. Hehehe. And then, like magic, everything became blurry....From what Lea told me, we hung out with the owner and a hot girl (hello!!!) for some time when everyone was gone. Oh and I woke up with her card on my night table AND in my jacket. I dream of a threesome, mmmkay? Hahaha. We ended up getting our pic taken in the Vicolo photo booth at the end, looking ridiculous, in good Marie fashion.
And now, the scores!
Food:8
Service: 8.5
We had an excellent time, although the morning after wasn't so excellent! I'll go back for sure to have the REAL Vicolo experience!